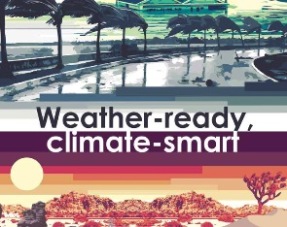 1400 – The Trần dynasty of Vietnam is deposed, after one hundred and seventy-five years of rule, by HồQuý Ly, a court official, who founds the Hồ dynasty; the remnants of the citadel he built in Thanh Hóa Province are now a UNESCO World Heritage Site

1540 – Waltham Abbey is surrendered to King Henry VIII of England; the last religious community to be closed during the Dissolution of the Monasteries

1614 – Jahanara Begum born, princess of the Mughal Empire, eldest and favorite daughter of her father, Shah Jahan. She became the Padshah Begum (First Lady) when her mother died, chosen over her father’s three other wives, and has been called “the most powerful woman in the empire” during her father’s reign because of her influence with him. When Shah Jhan became ill in 1657, there was a war of succession between her four brothers. She sided with Dara Shikoh, eldest son and heir-apparent, but he lost to Aurangzeb, who then besieged Shah Jahan in the Agra Fort, cutting off the water supply, which forced the Shah’s surrender, and he was kept imprisoned at the fort, where Jahanara nursed him until his death in 1666. After their father’s death, she reconciled with Aurangzeb, who gave her the title of Empress of Princesses, and she was once again Padshah Begum. She used this privileged position to urge her brother to ease his strict regulation of public life in accordance with his conservative religious beliefs and argued against his decision in 1679 to restore the poll tax on non-Muslims, which she said would alienate his Hindu subjects. Upon her death in 1681, Aurangzeb gave her the posthumous title Sahibat-uz-Zamani (Mistress of the Age)

1708 – James Francis Edward Stuart, “The Old Pretender,” attempts land to at the Firth of  Forth, but Admiral Sir George Byng’s English fleet intercepts the French ships carrying James, and combined with bad weather, prevents a landing

1730 – In western North Carolina, Sir Alexander Cuming uses gifts and threats to get the 300 Cherokee Chiefs gathered there to agree that King George II of England is their sovereign

1775 – Patrick Henry delivers his speech – “Give me liberty, or give me death!” – at St. John’s Episcopal Church in Richmond, Virginia

1801 – Paul I, Emperor of All the Russias, is thoroughly assassinated at newly built St. Michael’s Castle by a band of dismissed officers headed by Generals Bennigsen, Yashvil and Zubov. Drunkenly charging into Paul’s bedroom, they find him hiding behind the draperies. The conspirators pull him out, drag him to a table, attempting to force him to sign an abdication. Paul resists, and Nikolay Zubov strikes him with a sword, then he is strangled, and trampled to death. He is succeeded by his son, 23-year-old Alexander I, who is in the palace, to whom General Zubov announces his accession, accompanied by the admonition, “Time to grow up! Go and rule!” The assassins are not punished by Alexander. Court physician James Wylie declares apoplexy as the official cause of death 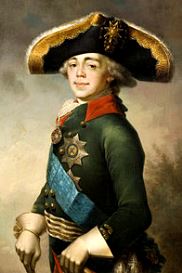 1806 – After finally reaching the Pacific Ocean, explorers Lewis and Clark and their “Corps of Discovery” begin their arduous journey home.

1838 – Marie Adam-Doerrer born, Swiss women’s rights activist and unionist; trained as a goldsmith but working more often as a washerwoman, she joined the Social Democratic Party of Switzerland after losing her savings in a bank crash; co-founder of the Bernese Women Workers’ Association (Arbeiterinnenverein), and the Bernese Women Day Laborers’ Association (Tagelöhnerinnenverein)

1839 – National OK Day * – Legend has it that OK starts in a Boston newsroom, where some editors joking around come up with OK to symbolize “all correct.” In 1840, during Martin Van Buren’s re-election campaign, OK clubs pick it up, tying it to Van Buren’s nickname Old Kinderhook, coining the slogan O.K. is OK, and making OK a true Americanism

1857 – Fannie Farmer born, American culinary expert, author of the Fannie Farmer Cookbook, still in print over a hundred years after its first publication under the name Boston Cooking School Cookbook, cited as the first to introduce standard measurements

1868 – The University of California is founded in Oakland, California when the Organic Act is signed into law

1876 – Ziya Gökalp born, activist, the ‘founder of Turkish sociology’ and a poet

1882 – ‘Emmy’ Noether born in Germany, American mathematician and physicist, made landmark contributions to abstract algebra and theoretical physics. Noether’s Theorem explains connection between symmetry and conservation laws. Completed her dissertation in 1907, but is excluded from any academic positions because she is a woman, so she works for 7 years without pay at the Mathematical Institute of Erlangen. In 1915, David Hilbert invites her to join the University of Göttingen world-renowned mathematics department, but the philosophical faculty objects, and she spends 4 years lecturing under Hilbert’s name. Her habilitation is finally approved in 1919, as a Privatdozent. In 1933, when the Nazi government dismisses Jews from university positions, she moves to the U.S., taking a position at Bryn Mawr College, funded by a grant from the Rockefeller Foundation. She also lectures at the Institute for Advanced Study in Princeton, but comments she is unwelcomed at the “men’s university, where nothing female is admitted.”

1884 – Florence Ellinwood Allen born, American judge; the first woman to serve on a state supreme court and one of the first two women to serve as United States federal judges. In 2005, she was inducted into the National Women’s Hall of Fame

1889 – President Benjamin Harrison announces that land in the Oklahoma Territory will be opened up for white settlement; nearly two million acres of the coming Oklahoma Land Rush are located in Indian Territory, where Native Americans, including groups of Chickasaw, Choctaw, Cherokee, Creek, Cheyenne, Comanche, and Apache, had been forced by the U.S. government to relocate

1895 – Encarnacion A. Alzona born, pioneering Filipino historian, scholar and suffragist; first woman in the Philippines to earn a Ph.D.; in spite of the Philippines being an American colony when U.S. women won the right to vote in 1920, Filipino women were not accorded the vote; Alzona became a leader in the struggle for women’s suffrage, helping to make it a goal of the Philippine Association of University Women when she became the organization’s president in 1928; author of A History of Education in the Philippines 1565-1930, The Filipino Woman: Her Social, Economic and Political Status (1565-1933) and several biographies of notable Filipino women; in 1985, she was honored with the rank of National Scientist of the Philippines, the nation’s highest award to its scientists, because of her achievements in the fields of social science and history 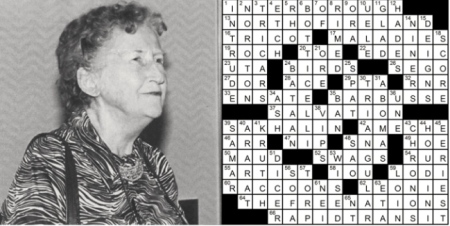 1905 – Joan Crawford born, American film star, from 1928’s “Our Dancing Daughters,” to “What Ever Happened to Baby Jane?” in 1962. She was Pepsi-Cola’s spokesperson and the first woman appointed to Pepsi-Cola’s board of directors (1959-1973), when her husband, board chair Alfred Steele, died

1909 – Theodore Roosevelt leaves New York for a post-presidency safari in Africa, a trip sponsored by the Smithsonian Institution and National Geographic Society

1910 – Akira Kurosawa born, influential and innovative Japanese director, producer and screenwriter; when his film Rashomon won the Golden Lion at the 1952 Venice Film Festival, it opened Western film markets to Japanese filmmakers; honored with an Academy Award for Lifetime Achievement in 1990

1917 – Virginia Woolf establishes the Hogarth Press with her husband, Leonard Woolf — early publisher of translations of Freud and Russian authors like Dostoyevsky

1918 – Helene Hale born, Hawaii politician, first woman in Hawaii elected as an Executive Officer (forerunner of mayor); at age 82, she won a seat as a Democrat in the Hawaii House of Representatives, and served six years representing the 4th district in the legislature before retiring in 2006 following a stroke. Ralph Bunche was her uncle 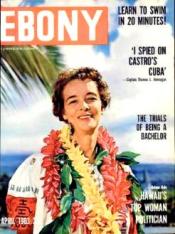 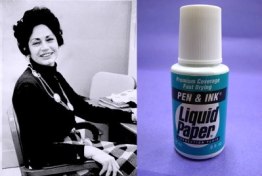 1924 – Olga Kennard born, British scientist in crystallography; Director of the Cambridge Chrystallographic Data Centre (1965-1997); Fellow of the Royal Society since 1987 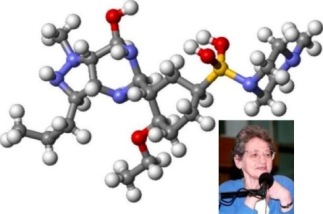 1940 – The Lahore Resolution is adopted by the All-India Muslim League, calling for independent Muslim states in areas of British India where Muslims are in the majority

1942 – The first Japanese-Americans rounded up by the U.S. Army during World War II arrive at the Manzanar internment camp in California 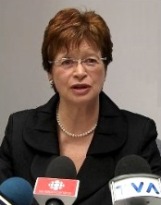 1950 – Ahdaf Soueif born, Egyptian novelist, political and cultural commentator; most of her work is written in English, noted for her novels In the Eye of the Sun, and The Map of Love, and her non-fiction writing about Egyptian history and politics, and the Palestinians. Soueif is a contributor to the British newspaper, The Guardian. She founded and was first chair of the Palestine Festival of Literature in 2008. Her sister is the mathematician and human/women’s rights activist, Laila Soueif

1970 – South Africa is banned from competing in the Davis Cup, the premier international team event in men’s tennis, because of South Africa’s apartheid policy of racially segregated sports teams

1984 – In South Africa, Dorothy Nomzansi Nyembe, ANC Women’s League activist and member of the Federation of South African Women, is released from prison, after serving a 15 year sentence for harbouring members of the military wing of the ANC, Umkhonto we Sizwe (Spear of the Nation)

1989 – Near-Miss Day * commemorates Asclepius, a mountain-sized asteroid, coming within 430,000 miles (700,000 kilometers) of colliding with Earth, passing us just six hours after we had been where it crossed our orbit

1989 – Ayesha Curry born, Canadian-American television cooking show host and cookbook author; in 2016, she became host of Ayesha’s Home Kitchen on the Food Network, and published The Seasoned Life. Her company, Little Lights of Mine, has its own brand of olive oil, and donates 10% of the oil’s sales to the charity No Kid Hungry

2006 – National Puppy Day * is launched by Coleen Paige to encourage pet adoption in the U.S.

2010 – U.S. President Barack Obama signs into law the Affordable Care Act, the most sweeping piece of federal legislation since Medicare passed in 1965

2011 – U.S. Ambassador to the UN Eileen Chamberlain calls on the UN Human Rights Council to fight discrimination against gays and lesbians: “Human rights are the inalienable right of every person, no matter who they are or who they love”

2016 – The International Criminal Tribunal convicts former Bosnian Serb leader Radovan Karadzic of genocide for the 1995 Srebrenica massacre. The United Nations judges sentenced Karadzic to 40 years in prison. Karadzic, 70, served as president of the breakaway Bosnian Serb Republic during the massacre. Eight thousand people were killed in what has been called the worst war crime in Europe since World War II. Presiding Judge O-Gon Kwok said Karadzic was the only person who had the power to halt the killing of Bosnian Muslims

Nona Blyth Cloud has lived and worked in the Los Angeles area for the past 50 years, spending much of that time commuting on the 405 Freeway. After Hollywood failed to appreciate her genius for acting and directing, she began a second career managing non-profits, from which she has retired. Nona has now resumed writing whatever comes into her head, instead of reports and pleas for funding. She lives in a small house overrun by books with her wonderful husband.
View all posts by wordcloud9 →
This entry was posted in History, Holidays, On This Day and tagged Ahdaf Soueif, Emmy Noether, Encarnacion A. Alzona, Fannie Farmer, Jahanara Begum, Smiriti Malhotra, Susan Jane Cunningham. Bookmark the permalink.