TCS: Poems for You Matter to Me Day 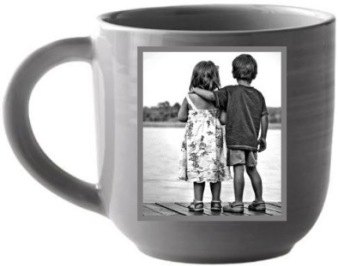 “In everyone’s life, at some time, our inner fire goes out.
It is then burst into flame by an encounter with another
human being. We should all be thankful for those people
who rekindle the inner spirit.”

In 2009, Linda Jew started ‘You Matter to Me Day’ after her best friend’s brother and nephew were killed in an accident. Words to say while we still can, because we don’t know what the future will bring.

Our families, husbands, wives, a best friend, friends from childhood, or from school, friends from work, or friends who share our interests, our politics, or our hobbies  – all the people who form the circle of each of our lives. We probably say ‘I love you’ to the closest ones, but what about the rest?

Today Linda Jew reminds us to think about who matters, and tell them.

Connections between people happen in so many different ways. Just a few of them are in today’s poems.

My first best friend is Awful Ann—
she socked me in the eye.
My second best is Sneaky Sam—
he tried to swipe my pie.
My third best friend is Max the Rat—
he trampled on my toes.
My fourth best friend is Nasty Nell—
She almost broke my nose.

My fifth best friend is Ted the Toad—
he kicked me in the knee.
My sixth best friend is Grumpy Gail—
she’s always mean to me.
My seventh best is Monster Moe—
he often plays too rough.
That’s all the friends I’ve got right now—
I think I’ve got enough.

Jack Prelutsky (1940 – ), American poet and children’s author; he has published over 50 poetry collections, mostly for children, and was named as the very first ‘Children’s Poet Laureate’ by the Poetry Foundation (2006-2008). He lives in the Seattle, Washington area, and spends much of his time reading his poems aloud to children in schools and libraries all around the United States.

Since Hanna Moved Away

The tires on my bike are flat.
The sky is grouchy gray.
At least it sure feels like that
Since Hanna moved away.

Chocolate ice cream tastes like prunes.
December’s come to stay.
They’ve taken back the Mays and Junes
Since Hanna moved away.

Flowers smell like halibut.
Velvet feels like hay.
Every handsome dog’s a mutt
Since Hanna moved away.

Judith Viorst (1931 – ) is the author of Alexander and the Terrible, Horrible, No Good, Very Bad Day, which has sold some four million copies; the Lulu books, and Necessary Losses. Her most recent books of poetry include What Are You Glad About? What Are You Mad About? and Nearing Ninety.

The Arabs used to say,
When a stranger appears at your door,
feed him for three days
before asking who he is,
where he’s come from,
where he’s headed.
That way, he’ll have strength
enough to answer.
Or, by then you’ll be
such good friends
you don’t care.

Let’s go back to that.
Rice? Pine nuts?
Here, take the red brocade pillow.
My child will serve water
to your horse.

No, I was not busy when you came!
I was not preparing to be busy.
That’s the armor everyone put on
to pretend they had a purpose
in the world.

I refuse to be claimed.
Your plate is waiting.
We will snip fresh mint
into your tea.

Naomi Shihab Nye (1952 — ), born in St.Louis, Missouri. Daughter of a father who came to America as a Palestinian refugee, and a born-in-America mother. “I grew up in St. Louis in a tiny house full of large music – Mahalia Jackson and Marian Anderson singing majestically on the stereo, my German-American mother fingering ‘The Lost Chord’ on the piano as golden light sank through trees, my Palestinian father trilling in Arabic in the shower each dawn.” During her teens, Shihab Nye lived in Ramallah in Palestine, the Old City in Jerusalem, and San Antonio, Texas, where she later received her BA in English and world religions from Trinity University.

Friend, I speak to you
in ways I never intended

I look forward to seeing you
in ways I never expected –

the people outside this room
would never guess

just as I never guessed

Elliot Figman was born in the Bronx. He is the author of Big Spring, and is the executive director of Poets & Writers

After the fierce midsummer all ablaze
Has burned itself to ashes, and expires
In the intensity of its own fires,
There come the mellow, mild, St.
Martin days
Crowned with the calm of peace, but sad with haze.

So after Love has led us, till he tires
Of his own throes, and torments, and desires,
Comes large-eyed Friendship: with a restful gaze.

He beckons us to follow, and across
Cool verdant vales we wander free from care.

Is it a touch of frost lies in the air?
Why are we haunted with a sense of loss?
We do not wish the pain back, or the heat;
And yet, and yet, these days are incomplete.

Ella Wheeler Wilcox (1850-1919) was born in Wisconsin, American author and poet. Her work was very popular in the late 19th century. Most of her poetry is up-beat, and is now is often regarded as out-of-date and too simplistic

If I were to live my life
in catfish forms
in scaffolds of skin and whiskers
at the bottom of a pond
and you were to come by
one evening
when the moon was shining
down into my dark home
and stand there at the edge
of my affection
and think, “It’s beautiful
here by this pond.  I wish
somebody loved me,”
I’d love you and be your catfish
friend and drive such lonely
thoughts from your mind
and suddenly you would be
at peace,
and ask yourself, “I wonder
if there are any catfish
in this pond?  It seems like
a perfect place for them.”

“Your Catfish Friend” from The Pill Versus the Springhill Mine Disaster, © 1989 by Richard Brautigan, Houghton Mifflin

Richard Brautigan (1935-1984) born in Tacoma, Washington. American novelist, poet, and short story writer, best known for Trout Fishing in America. Among his other works are:  A Confederate General from Big Sur; All Watched Over by Machines of Loving Grace; Please Plant This Book; and The Hawkline Monster: A Gothic Western. He once wrote, “All of us have a place in history. Mine is clouds.”

I Want to Apologise

i want to apologise to all the women
i have called pretty.
before i’ve called them intelligent or brave.
i am sorry i made it sound as though
something as simple as what you’re born with
is the most you have to be proud of
when your spirit has crushed mountains
from now on i will say thing like, you are resilient
or, you are extraordinary.
not because I don’t think you’re pretty
but because you are so much more than that

“I Want to Apologise” from milk and honey, © by Rupi Kaur – Andrews McMeel Publishing

Rupi Kaur (1992 – ) born in India, Canadian poet, writer, illustrator and performer living in Toronto. She is the author of two poetry collections, milk and honey, and the sun and her flowers.

To My Oldest Friend, Whose Silence Is Like a Death

In today’s paper, a story about our high school drama
teacher evicted from his Carnegie Hall rooftop apartment

made me ache to call you—the only person I know
who’d still remember his talent, his good looks, his self-

absorption. We’d laugh (at what haven’t we laughed?), then
not laugh, wondering what became of him. But I can’t call,

because I don’t know what became of you.

—After sixty years, with no explanation, you’re suddenly
not there. Gone. Phone disconnected. I was afraid

You’ve left, your landlord says. He has your new unlisted
number but insists on “respecting your privacy.” I located

your oldest son, who refuses to tell me anything except that
you’re alive and not ill. Your ex-wife ignores my letters.

What’s happened? Are you in trouble? Something
you’ve done? Something I’ve done?

We used to tell each other everything: our automatic reference points to childhood pranks, secret codes,

and sexual experiments. How many decades since we started
singing each other “Happy Birthday” every birthday?

(Your last uninhibited rendition is still on my voice mail.)

How often have we exchanged our mutual gratitude—the easy
unthinking kindnesses of long friendship.

This mysterious silence isn’t kind. It keeps me up at night, bewildered, at some “stage “of grief.

Would your actual death be easier to bear?

I crave your laugh, your quirky takes, your latest
comedy of errors. “When one’s friends hate each other,”

Pound wrote near the end of his life, “how can there be
peace in the world?” We loved each other. Why why why

am I dead to you?

Our birthdays are looming. The older I get, the less and less I understand this world,

and the people in it.

Lloyd Schwartz  (1941 – ) was born in Brooklyn, New York, American poet, music critic and professor of English at the University of Massachusetts Boston. His books include Cairo Traffic, and These People

To me, fair friend, you never can be old,
For as you were when first your eye I eyed,
Such seems your beauty still. Three winters cold
Have from the forests shook three summers’ pride;
Three beauteous springs to yellow autumn turned
In process of the seasons have I seen;
Three April pérfumes in three hot Junes burned,
Since first I saw you fresh, which yet are green.
Ah yet doth beauty, like a dial hand,
Steal from his figure, and no pace perceived;
So your sweet hue, which methinks still doth stand,
Hath motion, and mine eye may be deceived.
For fear of which, hear this, thou age unbred:
Ere you were born was beauty’s summer dead.

William Shakespeare (1564-1616), English playwright, poet and actor, widely regarded as the greatest writer in English, and the world’s greatest dramatist

Nona Blyth Cloud has lived and worked in the Los Angeles area for the past 50 years, spending much of that time commuting on the 405 Freeway. After Hollywood failed to appreciate her genius for acting and directing, she began a second career managing non-profits, from which she has retired. Nona has now resumed writing whatever comes into her head, instead of reports and pleas for funding. She lives in a small house overrun by books with her wonderful husband.
View all posts by wordcloud9 →
This entry was posted in Poetry, The Coffee Shop and tagged Ella Wheeler Wilcox, Elliot Figman, Jack Prelutsky, Judith Viorst, Lloyd Schwartz, Naomi Shihab Nye, Richard Brautigan, Rupi Kaur, William Shakespeare. Bookmark the permalink.
Loading Comments...
%d bloggers like this: