Canada – Toronto: Eat to the Beat

362 – The temple of Apollo at Daphne, near Antioch, is destroyed in a mysterious fire

906 – Abbasid military officer Ahmad ibn Kayghalagh leads a raid against the Byzantine Empire from Tarsus. He and his raiders defeat the Byzantine forces, and reach the Halys River, taking 4,000 or 5,000 captives, as well as many horses and cattle as spoils 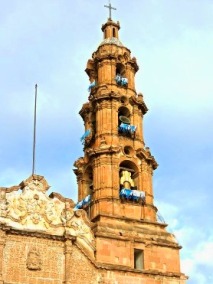 1633 – Battle of Liaoluo Bay: On the southern coast of Kinmen Island, near the Chinese mainland, the Ming dynasty navy defeats the fleet of the Dutch East India Company, which is attempting to control all shipping in the Taiwan Strait

1707 – Scilly Naval Disaster: The fleet of the British Royal Navy encounters severe weather in the English Channel near the Isles of Scilly off the southeast tip of Cornwall. The navigators’ inability to accurately calculate their ships latitude and longitude and unreliable compasses combined with terrible visibility causes four of the 21 ships and over 1500 sailors to be lost when they struck the coastal rocks of the isles. In 1714, Parliament passed the Longitude Act, establishing the Board of Longitude and offering a series of monetary rewards, increasing with each level of greater accuracy, for anyone who could find a simple, practical method of precisely determining a ship’s longitude

1730 – In Russia, construction is completed on the Ladoga Canal, linking the Neva and Svir Rivers, a project of Peter the Great to increase the safety and speed of transporting goods to St.Petersburg

1746 – The College of New Jersey, originally a school to train ministers, receives its charter. After moving to Princeton New Jersey, it is renamed Princeton University

1844 – Followers of Baptist preacher William Miller face “The Great Disappointment” when Jesus Christ doesn’t return to earth, nor does the world end, on the sixth wrong date which Miller had ‘predicted’

1844 – Sarah Bernhardt born, renowned French stage actress; after a lackluster debut at the Comédie-Française and brief membership in the company (1862–1864), she clashed with one of the leading actresses and was forced to leave. After further trials and tribulations, she found her home at the Odéon theatre, which was popular with students from the Left Bank. The theatre became a hospital during the Franco-Prussian War (1870-1871), and Bernhardt took charge of nursing the wounded. Later, she returned triumphantly to the Comédie-Française (1872-1878), and would also make several world tours, beginning with a debut in London in 1879. She was noted for playing the title roles in La Dame Aux Camelias by Alexandre Dumas, fils, and La Tosca by Victorien Sardou. She also played male roles, including Shakespeare’s Hamlet 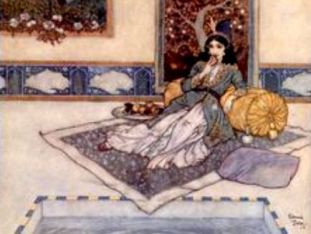 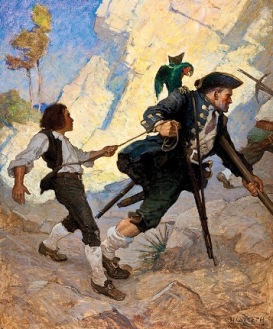 1883 – In New York, the newly-organized National Horse Show Association of America hold the first national horse show in the U.S.; and the Metropolitan Opera House holds its grand opening (this building will be demolished in 1967) 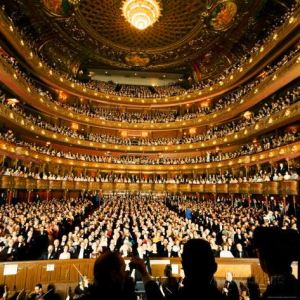 1897 – Marjorie Flack born, American children’s book author; The Story About Ping, her Angus series, and Boats on the River, which was a Caldecott Honor book 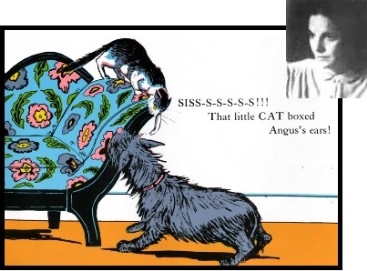 from Angus and the Cat – Marjorie Flack

1910 – Dr. Crippen is convicted at London’s Old Bailey of poisoning his wife, is sentenced to hang

1913 – Emperor Bảo Đại of Annam born, the last emperor of the Nguyễn dynasty, when Annam was a protectorate of French Indochina (1926-1945), and covered about two-thirds of present-day Vietnam. Under coercion by the Japanese in 1945, he declared Vietnamese independence from France, and the country became the Empire of Vietnam, but he was persuaded to abdicate by Hồ Chí Minh after the Japanese were defeated, and became the “supreme advisor” of the Democratic Republic of Vietnam until the French returned and ousted Hồ Chí Minh in November 1946. The French attempted to quell the armed conflict this set off by bringing him back as “head of state” but he spent most of his time in France. In 1955, a questionable referendum vote of 98% in favor of a republic in which the total number of votes exceeded the total number of registered voters by over 350,000 nevertheless resulted in Điện Biên Phủ becoming president of South Vietnam, with Hồ Chí Minh in control of North Vietnam, and Bảo Đại in exile in the south of France

Former Emperor Bảo Đại and his wife in Paris – 1955

1919 – Doris Lessing born, British novelist, poet, playwright, 2007 Nobel Prize in Literature; noted for The Grass Is Singing, her Children of Violence series, and The Golden Notebook

1925 – Edith Kawelohea McKinzie born, Hawaiian genealogist, author, and hula expert; chair of the University of Hawaii’s Committee for the Preservation and Study of Hawaiian Language, Art and Culture; director of the Hawaiian Language Newspaper Index Project

Robert Rauschenberg in his studio

1929 – Dory Previn born, American singer-songwriter and guitarist; in 1983, she wrote and appeared in August 6, 1945, a musical statement on nuclear war

1930 – Estela de Carlotto born, Argentine human rights activist; president of Asociación Civil Abuelas de Plaza de Mayo (Association of Grandmothers of the Plaza de Mayo), founded in 1977, which searches for children stolen and illegally adopted during the Argentine dictatorship (1976-1983). The association’s work has led to the creation of the Argentine Forensic Anthropology Team, and the establishment of the National Genetic Data Bank. Using increasingly sophisticated genetic testing, they have found over 10% of the estimated 500 children either kidnapped, or born in detention to mothers who later “disappeared.” Among the children discovered by the Abuelas was the son of de Carlotto’s daughter, who was kidnapped while pregnant and gave birth in prison. It took 36 years to find him. UNESCO awarded Asociación Civil Abuelas de Plaza de Mayo the 2011 Félix Houphouët-Boigny Peace Prize

1931 – Ann Rule born, American true crime author and former Seattle police officer; in 1971, while volunteering at a suicide crisis hotline, she worked with Ted Bundy, and after he was revealed as a serial killer, she wrote The Stranger Beside Me (1980)

1941 – WWII: French Resistance member Guy Môquet, and 29 communist prisoners turned over by the Vichy government, are executed by the Germans in retaliation for the assassination of a German officer

1943 – Catherine Deneuve born, French International film star; 1993 Oscar for Best actress for Indochine; UNESCO Goodwill Ambassador for the Safeguarding of Film Heritage (1994-2003), also involved with Children of Africa, Voix de femmes pour la démocratie (Voice of women for democracy), and Amnesty  International’s campaign against the death penalty; in 1972, she signed the Manifesto of the 343, an admission by the signers they had undergone illegal abortions, which exposed them to judicial actions and prison sentences

1952 – Julie Dash, American film producer-director-writer, her 1991 feature, Daughters of the Dust, is the first full-length film directed by an African-American woman to be in general theatrical release in the U.S. 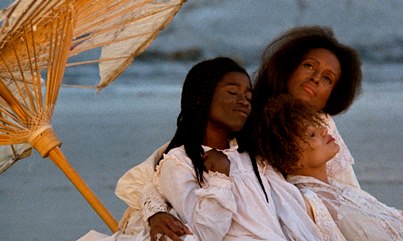 1957 – Vietnam War: During a series of widespread Viet Minh guerrilla bombings and assassinations which begin in this month, over 400 South Vietnamese officials are killed by year’s end; on this day, the U.S. Army suffers its first casualties

1962 – President Kennedy informs Americans that he has ordered U.S. forces to blockade Cuba, in response to discovery of Soviet missile bases on the island

1967 – Oona King born, Baroness King of Bow, British Labour politician; member of Parliament for Bethnal Green and Bow (1997-2005); the second British black woman elected to Parliament; served as Vice-Chair of the All-Parliamentary Group on Bangladesh; strong advocate for international aid and human rights; after a visit to Rwanda, she spoke out about genocide

1972 – Saffron Burrows born in London, British-Americana actress and campaigner against racism, and for disabled rights and equality 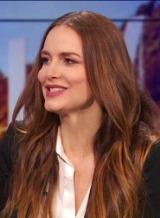 1976 – The U.S. Food and Drug Administration bans Red Dye #4 after it is discovered to cause tumors in dogs

2016 – After Philippine President Rodrigo Duterte said it was “time to say good-bye” to the U.S., his Foreign Affairs Secretary Perfecto Yasay says that the U.S. remains “our closest friend,” but that the Philippines wants to break away from a “mindset of dependency and subservience” and forge closer ties with other nations

Nona Blyth Cloud has lived and worked in the Los Angeles area for the past 50 years, spending much of that time commuting on the 405 Freeway. After Hollywood failed to appreciate her genius for acting and directing, she began a second career managing non-profits, from which she has retired. Nona has now resumed writing whatever comes into her head, instead of reports and pleas for funding. She lives in a small house overrun by books with her wonderful husband.
View all posts by wordcloud9 →
This entry was posted in History, Holidays, On This Day and tagged Catherine Deneuve, Deepak Chopra, Doris Lessing, Estela de Carlotto, Jean-Paul Sartre, Julie Dash, N. C. Wyeth. Bookmark the permalink.
%d bloggers like this: