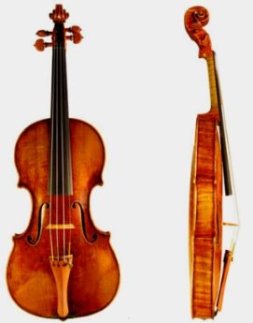 National Day of the Horse *

902 – Battle of the Holme: In East Anglia, Anglo-Saxon forces led by Sigehelm are defeated by Danish Vikings under Æthelwold (a son of Æthelred of Wessex), who is killed in the battle 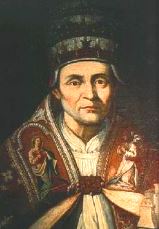 1363 – Jean Charlier de Gerson born, French scholar, theological author and poet; Chancellor of Université de Paris (elected in 1395); one of the first to proclaim the visions of Joan d’Arc as authentic 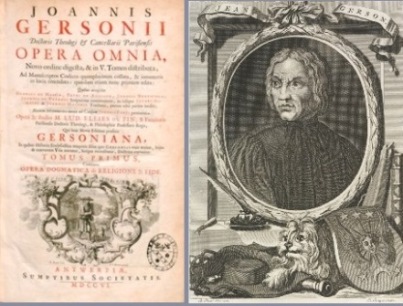 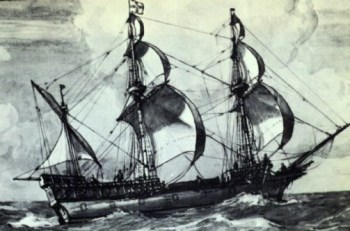 1662 – Francesco Bianchini born, Italian astronomer and philosopher; secretary of the commission for the reform of the calendar, worked on a method to calculate the astronomically correct date for Easter in a given year 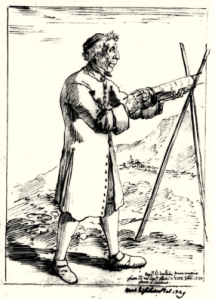 Bianchini holding the eyepiece mount of an aerial telescope

1678 – The Yongzheng Emperor of the Qing dynasty born, who reigned from 1722 to 1735.  Noted as a hard-working ruler, whose goal was to create an effective government at minimal expense. Like his father, the Kangxi Emperor, he used military force to preserve the dynasty’s position. He is regarded as despotic, efficient and vigorous

1779 – Smithfield Cattle and Sheep Society holds the first Smithfield Show in London, now the leading agriculture show in the UK

1809 – An early experimental abdominal surgical procedure is performed on Jane Todd Crawford in Kentucky, without an anesthetic

1814 – Ana Néri born, first Brazilian nurse, who volunteered for the Brazilian Army’s health corps during the Triple Alliance Paraguayan War (1864-1870), founding a nursing house which cared for over 6,000 wounded soldiers; the first Brazilian School of Nursing is named for her; she is also listed in the Brazilian Book of Fatherland Heroes 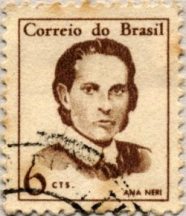 1816 – John Adamson received a patent for a dry dock 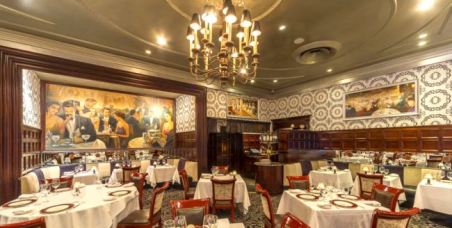 1830 – Mathilde Fibiger born, Danish feminist, and novelist; she was the first public figure in Denmark to be an advocate for women’s rights. Fibiger wrote two pamphlets:
Hvad er Emancipation? (What is Emancipation?) and Et Besøg (A Visit) which countered arguments against women’s equality. She worked as a private tutor in 1849, which was the inspiration for her novel, Clara Raphael, Tolv Breve (Clara Raphael, Twelve Letters). In spite of critical acclaim, her books were controversial but not very profitable, so she also worked as a dressmaker and translator. In 1863, she began training as a telegraph operator for the Danish State Telegraph service, which had just changed its policy, and began accepting women candidates. In 1866, she completed her training, and became the first woman employed as a telegraph operator in Denmark. After two years in Helsingør, she was transferred to Nysted in 1869 to manage a newly opened station. She encountered resistance from male operators, who saw the employment of  a woman as a threat to their livelihood. In spite of her managerial position, her pay at Nysted was scarcely sufficient to pay her expenses. The following year, she applied for a transfer to the telegraph station in Aarhus, but also had difficulties with the station manager there. Her health, never robust, suffered under the stress, and she died in Aarhus in 1872. She is remembered in Denmark as a pioneering feminist, and as the woman who opened the door for women’s employment by the Danish State Telegraph service

1838 – Pierre-Marie-Alexis Millardet born, French botanist who saved the vineyards of France from total destruction by the grape phylloxera, an insect which sucks the fluid from grapevines, by grafting the French vines on American rootstock, which was resistant to phylloxera. Also develops the first widely used plant fungicide

1871 – Emily Carr born, Canadian painter and author, inspired by the Pacific Northwest forests and the region’s indigenous peoples; one of Canada’s ‘Group of Seven’ modern painters 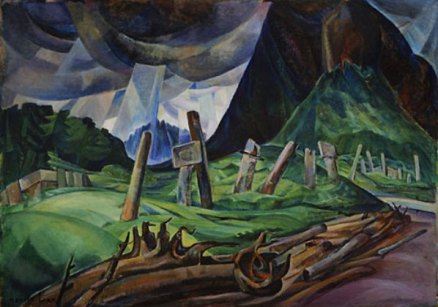 1882 – Jane Edna Hunter born, African American social worker and lawyer. In 1904, she completed a year of training at the Hampton Institute in Virginia, then moved to Cleveland, Ohio, in 1905.  She founded the Working Girls Association there in 1911, to offer shelter, assistance and education to women. The name was changed to the Phylliss Wheatley Association of Cleveland, in honor of poet Phillis Wheatley. In 1925, she graduated from the Cleveland Law School, and was admitted to the Ohio Bar. Hunter oversaw the construction of an eleven-story residence for black women, completed in 1927, that had beauty school, dining facilities, a nursery school and the Booker T. Washington playground. She invested in Cleveland real estate and was active in the National Association of Colored Women (NACW). She also served as a trustee of Ohio’s Central State University. In 1937, Hunter was awarded the NAACP’s Spingarn Medal. She was on the Board of Directors and was a Vice President of the National Association for the Advancement of Colored People (NAACP). In 1940, she published A Nickel and a Prayer about her experiences. Hunter retired as executive director of the Phillis Wheatley Association of Cleveland in 1947. She died in 1971 at the age of 88 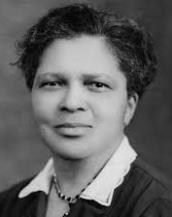 1883 – Belle da Costa Greene born, American librarian who was an expert in illuminated manuscripts. She worked at the Princeton University Library, then was hired by J.P. Morgan to catalog and oversee his private collection; she became the first director of the Pierpont Morgan Library (1906-1948)

1905 – Ann Barzel born, American writer, dance critic and lecturer; she studied and performed as a dancer (1931-1943); in the 1940s, she became an instructor and began writing entertainment reviews for the Chicago Times and lecturing. Barzel was dance critic for the paper from 1951 to 1974, and also wrote for Dance Magazine and other international dance publications. She was a founder of the Ballet Guild of Chicago, and in 1986 was placed on the lifetime honors list of the Chicago Dance Coalition. She lived to be 102 years old 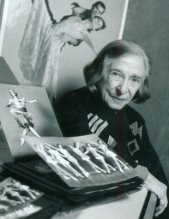 1908 – Plinio Corrêa de Oliveira born, Brazilian intellectual and Catholic activist, who helped organize the Catholic Electoral League, and was elected to the Brazilian Constitutional Convention by the Catholic bloc; at 24, he was the youngest congressman in Brazil’s history; author of In Defense of Catholic Action 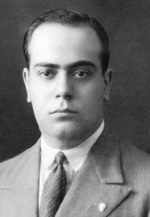 1908 – Elizabeth Alexander born, British geologist and physicist; during WWII, correctly interpreted anomalous radar signals as caused by the sun, which led after the war to the development of radio astronomy; also did early work on the geology of Singapore 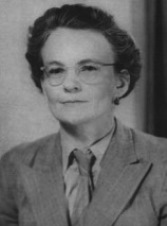 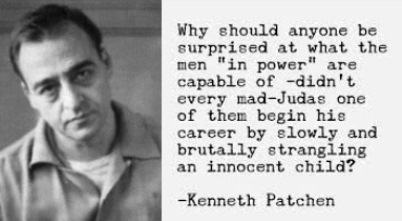 1927 – James A. Wright born, American poet; awarded the 1956 Yale Younger Poets Award, and the 1972 Pulitzer Prize for Poetry for his Collected Poems

1935 – Türkan Saylan born, Turkish medical doctor and dermatologist, writer, academic and social activist. Noted for her work on leprosy, and as the founder of the Fight Against Lepra Association and Foundation, and worked as the voluntary head of the Istanbul Lepra Hospital for 21 years 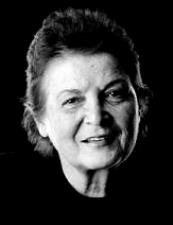 1937 – During the Second Sino-Japanese War, Nanking falls to the Japanese army, and over 300,000 Chinese civilians are slaughtered, injured or raped

1942 – Anna Georges Eshoo born, American Democratic politician; the only Assyrian American in the U.S. Congress, and one of two congresswomen of Armenian descent; she has served in the U.S. House of Representatives from two different California districts since 1993 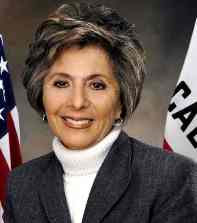 1949 – R.A. MacAvoy born, American fantasy and scifi author; noted for Tea with the Black Dragon, The Book of Kells, and her Damiano and Lens of the World series 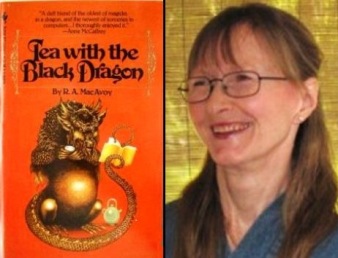 1950 – Linda Bellos born, British Labour politician, radical feminist, lesbian, and the first non-white lesbian to join the Spare Rib feminist collective in 1981; vice-chair of the successful Black Sections campaign to elect African Caribbean and Asian candidates for local and parliamentary races; Bellos was elected in 1985 as a councilor to Lambeth London Borough Council, and served as council leader (1986-1988); co-chair of the LGBT Advisory Group to the Metropolitan Police (2000-2003). She advocates for an inclusive approach to women’s issues, taking into account social class, minority and majority ethnic identity, disability, sexual identity and religion 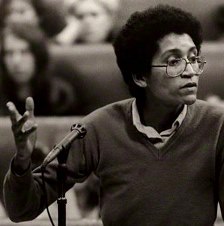 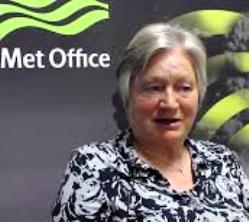 1954 – Tamora Pierce born, American Young Adult fantasy author; winner of the Margaret A. Edwards Award from the Young Adult Library Services Association of the American Library Association for ‘significant and lasting contribution to young adult literature’ and has twice been a nominee for the Mythopoeic Fantasy Award for Children’s Literature; known for her Tortall Universe books and Circle Universe books 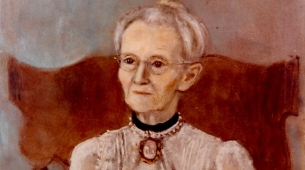 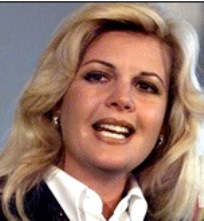 1970 – Gerlinde Kaltenbrunner born, Austrian mountaineer; first woman to climb the 14 eight-thousanders without the use of supplementary oxygen or high altitude porters; won the 2012 National Geographic Explorer of the Year Award 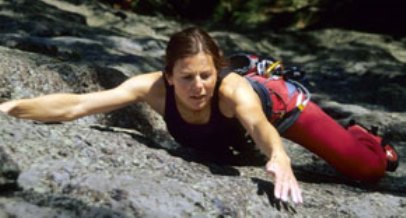 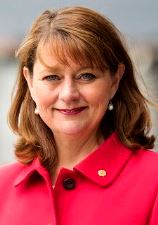 1972 – Eugene Cernan and Harrison Schmitt begin final extra-vehicular activity (EVA) or “Moonwalk” of Apollo 17, to date the last time humans to set foot on the Moon

1974 – Malta becomes a republic within the Commonwealth of Nations 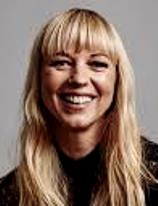 1976 – Rama Yade born in Senegal, French moderate-conservative politician and author; Regional Advisor of Île-de-France since 2010; Ambassador of France to UNESCO (2010-2011); Secretary of State for Sports (2009-2010); Secretary of State for Foreign Affairs and Human Rights (2007-2009); author of Noirs de France (Blacks in France) and Carnets du pouvoir (Diary of Power), as well as several other books on political issues. She identifies herself as a feminist 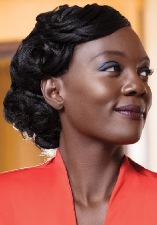 1993 – U.S. Supreme Court rules that a hearing must be held before property linked to illegal drug sales can be seized

1997 – The Getty Center in Los Angeles, CA, opens with a ribbon cutting ceremony 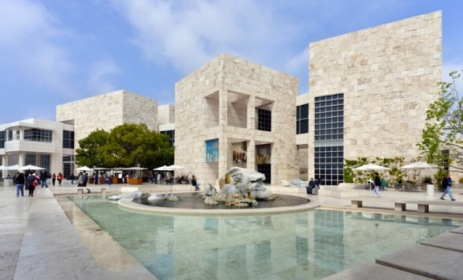 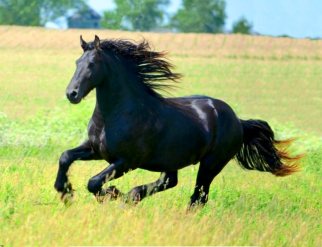 2014 – Lima Call for Climate Action: At the UN Climate Change talks in Lima, Peru, a plan is agreed upon which commits all participating countries to cutting their greenhouse gas emissions, hailed as a first step toward a climate change deal to be finalized in Paris in 2015. Participants are called on to reveal how they propose to cut carbon pollution by the next meeting. But Alden Meyer of the Union of Concerned Scientists said, “It’s definitely watered down from what we expected.” 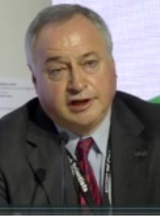 2017 – PBS announced it had “indefinitely suspended distribution” of Tavis Smiley’s late-night talk show after he was accused of sexual misconduct. “PBS engaged an outside law firm to conduct an investigation immediately after learning of troubling allegations regarding Mr. Smiley,” the public broadcaster said in a statement. “This investigation included interviews with witnesses as well as with Mr. Smiley. The inquiry uncovered multiple credible allegations of conduct that is inconsistent with the values and standards of PBS, and the totality of this information led to today’s decision.” On the same day, the New York Times reported that four women have now spoken to the newspaper on the record, describing violent sexual assault or rape by music mogul Russell Simmons from 1988 to 2014. Simmons “vehemently” denied the allegations. “These horrific accusations have shocked me to my core and all of my relations have been consensual,” he said. Last month, Simmons announced he was stepping down from his companies after screenwriter Jenny Lumet accused him of sexual assault, the second woman to do so. Simmons apologized for being “thoughtless and insensitive.” He said he had “re-dedicated myself to spiritual learning” and healing, and was working toward “witnessing the birth of a new consciousness” about women, but would “not accept responsibility for what I have not done.” A total of 13 women  eventually came forward with allegations, some of whom were under age at the time they say the harassment, assaults or rapes took place. In 2018, it was widely reported that Simmons had sold off his assets, transferred his accounts, and moved to Bali, Indonesia, a country without an extradition treaty to the U.S.

Nona Blyth Cloud has lived and worked in the Los Angeles area for the past 50 years, spending much of that time commuting on the 405 Freeway. After Hollywood failed to appreciate her genius for acting and directing, she began a second career managing non-profits, from which she has retired. Nona has now resumed writing whatever comes into her head, instead of reports and pleas for funding. She lives in a small house overrun by books with her wonderful husband.
View all posts by wordcloud9 →
This entry was posted in History, Holidays, On This Day and tagged Ana Néri, Carlos Montoya, James A. Wright, Jane Edna Hunter, Kenneth Patchen, Rama Yade, Türkan Saylan. Bookmark the permalink.
%d bloggers like this: