1009 – Atsunaga-shinnō born; in 1036, he will ascend the Chrysanthemum Throne of Japan as Emperor Go-Suzaku (Suzaku II), reigning until 1045 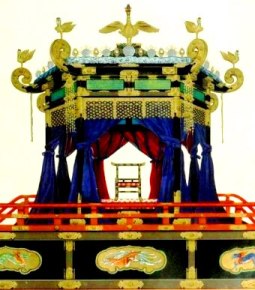 1287 – The Zuiderzee sea wall in the Netherlands collapses, killing over 50,000 people

Landsat photo of the Zuiderzee in the 21st Century

1631 – Anne Finch Conway born, Vicountess Conway, English philosopher; lifelong friend and correspondent of Henry More, of the Cambridge Platonist school.  She learned Latin, Greek and Hebrew in order to pursue her interests in Platonism and the Lurianic Kabbalah, and was an avid reader of Robert Boyle’s experimental work. After she converted to Quakerism, and made her home a center for Quaker activity, she was persecuted and even imprisoned. She is the author of Principia philosophiae antiquissimae et recentissimae (Principles of the Most Ancient and Modern Philosophy), in which she discusses the philosophy of Descartes, Hobbes, More and Spinoza.

1640 – Aphra Behn born, English playwright and author and poet, one of the first women to earn her living as a writer, becoming a literary role model for future generations of women authors; she sometimes used the pen name Astrea, especially for her early work

1789 – Marianna Szymanowska born, Polish composer, and one of the first professional virtuoso pianists of the 19th century. After touring Europe extensively, she settled in St. Petersburg, and composed music for the Russian imperial court

1812 – Napoleonic Wars: The French invasion of Russia comes to an end as the starving remnants of the Grande Armée leave Russian soil, marking a turning point which triggers a major shift in European politics. The Grande Armée had totaled 685,000 men at the start of the invasion, but French dead now reached nearly 400,000, with another 50,000 wounded and 80,000 deserters. Prussia and Austria will shortly break their alliances with France and join the opposing allied nations

1851 – Mary Tappan Wright born, American novelist and short story writer; many of the short stories she wrote for Scribner’s Magazine were collected in her first book, A Truce, and Other Stories, published in 1895. In 1900, she became a founding member of the Boston Authors Club. Tappan Wright’s first novel, Aliens (1902), was a portrait of northerners in a racially tense Southern town, and attracted much attention

1856 – Louis Marshall born, American constitutional and civil rights lawyer; a founding member of the American Jewish Committee (AJC); he had a talent for languages:  German was his first language – he learned English when he went to school – but he also knew French, Latin, Greek, Hebrew, and Yiddish

1891 – Katherine MacDonald born, American actress and one of the first women to produce motion pictures, producing nine silent feature films for her company, Katherine MacDonald Pictures, from 1919 to 1921, including Passion’s Playground in 1920, which included an early featured part for Rudolph Valentino. She left the movie business after 1926, and ran a successful cosmetic business through the early 1930s

1896 – Jimmy Doolittle born, American pilot and general; recipient of the Medal of Honor for personal valor and leadership of the WWII Doolittle Raid on Tokyo

1897 – Margaret Chase Smith born, American Republican politician; U.S. Representative for Maine (1940-1949); U.S. Senator for Maine (1949-1973). She was the first woman to serve in both houses, and one of the first members of Congress to criticize the House Un-American Activities Committee (HUAC) in her speech, ‘The Declaration of Conscience’ in 1950. She was also the longest-serving woman U.S. Senator, until 2011, when her record was surpassed by Senator Barbara Mikulski (Democrat –Maryland), and remains the longest-serving Republican woman to date. In 1964, Chase Smith became the first woman to be placed in nomination for the U.S. presidency at a major party’s convention, garnering 27 votes, which placed her ahead of Walter Judd, Hiram Fong and Henry Cabot Lodge Jr.

1904 – Virginia Coffey born, American social reformer and civil rights activist; in the 1920s, she taught at an all-black school in Cincinnati Ohio, and joined the local branch of the National Association for the Advancement of Colored People (NAACP); she worked for the YWCA in the early 1930s, and founded the first Girl Scouts troop for African-American girls in the 1940s. She was named Deputy Director of the Mayor of Cincinnati’s Friendly Relations Committee (1948-1962), working on integration of city  swimming pools and parks. Director of Memorial Community Center (1965-1968), and executive director of the Cincinnati Human Relations Commission (1968-1973)

1908 – Mária Szepes born, Hungarian author, screenwriter and philosopher; her first novel, The Red Lion (1946), was banned by the communist regime in Hungary

1916 – Shirley Jackson born, American short story writer and novelist; she wrote six novels, over 200 short stories and two memoirs, but her 1948 short story The Lottery is what attracted the most attention (and controversy). Her 1959 novel, The Haunting of Hill House, is widely considered one of the best ghost stories ever written

1918 – Light on Yoga Day * – B.K.S. Iyengar born in Mysore, now part of India, was one of the foremost yoga teachers in the world, founder of the ‘Iyenfar Yoga’ style; and author of many books on yoga practice and philosophy, including Light on Yoga, Light on Pranayama, and Light on Life

1920 – Rosemary Sutcliff born, English Young Adult author, and theatrical and radio playwright of historical and mythological fiction, many set in Roman Britain; runner-up for the Hans Christian Andersen Medal in 1974; noted for her Eagle of the Ninth series and Arthurian novels, such as The Lantern Bearers, and The King Arthur Trilogy

1947 – Dilma Rousseff born, Brazilian economist and politician; she joined a Marxist urban guerilla group after the 1964 military take-over of the country. She was captured, tortured and imprisoned (1970-1972). After her release, she helped to found the Democratic Labour Party, but left it in 2001, to join the Workers’ Party. In 2003, she was appointed as Minister of Mines and Energy (2003-2005), then served Chief of Staff of the Presidency (2005-2010). She became Brazil’s first woman president in 2011, but she was impeached in 2016, and suspended pending the outcome of the trial, then was removed from office for breaking budgetary laws. Vice President Michel Temer, who succeeded her, received an eight-year ban in June 2016 from running for office after accusations of violating election laws, making him ineligible to hold any office after he finished Rousseff’s term, but was later acquitted. He was charged in 2017 with accepting bribes, and attempted to dissolve the Amazonian Reserve in northern Brazil, which would have allowed mining and forest clearance by agro-business companies, but revoked it after widespread criticism and protests. Juan Bolsonaro, the current president, has been accused of campaign illegalities, and upon taking office, moved to strip the indigenous affairs agency FUNAI of the responsibility to identify and demarcate indigenous lands, arguing those territories have very tiny isolated populations, who would be “controlled” by NPOs. He has been dubbed the “Trump of the Tropics.”

1955 – Jill C. Pipher born, American mathematician; first director of the Institute for Computational and Experimental Research in Mathematics (ICERM, 2011–2016); president of the Association of Women in Mathematics (2011-2013) 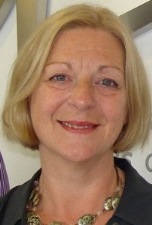 1961 – Tanganyika becomes a member of the United Nations

1964 – Heart of Atlanta Motel v. United States: The U.S. Supreme Court unanimously upholds Title II of the 1964 Civil Rights Act under the Commerce Clause powers granting Congress the power to regulate enterprises with “a direct and substantial relation to the interstate flow of goods and people,” including places of public accommodation 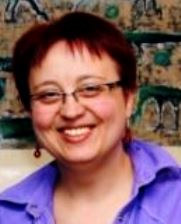 1968 – Kelley Armstrong born, Canadian fantasy novelist; noted for her series and trilogies, including Women of the Otherworld and Darkness Rising

1971 – Over 200 East Pakistani intellectuals are executed by the Pakistan Army and their local allies, commemorated in Bangladesh as Martyred Intellectuals Day *

1985 – Wilma Mankiller takes office as the principal chief of the Cherokee Nation of Oklahoma, the first woman to lead a major American tribe in modern times

1995 – Classified documents from the White House are released, revealing the FBI had spied on John Lennon and his anti-war activities during the early ’70s in a possible attempt to have Lennon deported

2000 – World Monkey Day * started as a joke written on a friend’s calendar by Casey Sorrow, an art student at Michigan State University, but their friends decided to actually celebrate it – when he later included it in a cartoon series he worked on, the idea began to take off, and is now a truly international event that raises appreciation and awareness of primates, a number of them threatened or endangered species

2004 – The Millau Viaduct, the tallest bridge in the world, is formally inaugurated near Millau, France

2017 – The U.S. Federal Communications Commission capitulates to business interests and votes to repeal net neutrality with a 3-2 majority.

Nona Blyth Cloud has lived and worked in the Los Angeles area for the past 50 years, spending much of that time commuting on the 405 Freeway. After Hollywood failed to appreciate her genius for acting and directing, she began a second career managing non-profits, from which she has retired. Nona has now resumed writing whatever comes into her head, instead of reports and pleas for funding. She lives in a small house overrun by books with her wonderful husband.
View all posts by wordcloud9 →
This entry was posted in History, Holidays, On This Day and tagged Aphra Behn, B.K.S. Iyengar, Ewa Białołęcka, Manolis Kalomiris, Tycho Brahe, Virginia Coffey, Wilma Mankiller. Bookmark the permalink.
Loading Comments...
Comment
×
<span>%d</span> bloggers like this: