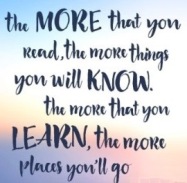 537 – The Ostrogoth army under King Vitiges begins their first siege of the city of Rome; Belisarius, the Byzantine general leading the forces of Eastern Roman Emperor Justinian I, conducts a delaying action outside the Flaminian Gate; he and his detachment of bucellarii (troops responsible for a leader’s safety) are almost cut off

1545 – Thomas Bodley born, English diplomat and scholar; founder of the Bodleian Library at University of Oxford, one of the oldest and largest reference libraries in Europe 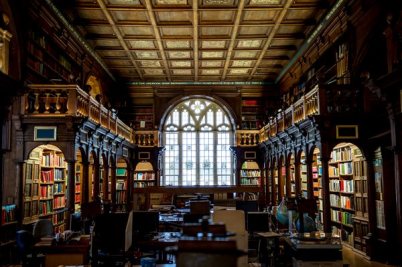 1653 – Jan Van Riebeck, who had been recalled by the Dutch East India Company from his position as head of a trading station in Viet Nam when discovered trading on the side for himself, was given a second chance, and in 1652, was sent in command to set up a Dutch supply depot at the Cape of Good Hope, which was intended just to be a fort where Dutch ships could get fresh water and provisions. On this day, the first slave arrived as a stowaway aboard a ship coming from Batavia (present-day Jakarta), who said he had run away from Batavian slaveholder Cornelis Lichthart. Van Riebeck puts him to work for the Dutch East India Company until he can be sent back to Batavia

1657 – The Great Fire of Meireki starts: fanned by high winds, it burns for three days, destroying over 60% of the Japanese capital city of Edo (today’s Tokyo), and killing over 100,000 people

1793 – Sam Houston born, American soldier and politician, first in Tennessee, then first & third President of the Republic of Texas, U.S Senator and seventh Governor of the state of Texas 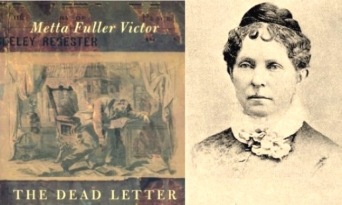 1859 – Solomon Rabinovich born, pen name Sholem Aleichem, leading Yiddish author and playwright; the musical Fiddler on the Roof is based on some of his stories

1860 – Susanna M. Salter born, first American woman elected as a mayor, of the town of Argonia in Kansas, and an activist in the Woman’s Christian Temperance Union. In 1887, her name was put on the ballot by a group of men who were against women entering politics, expecting her to be soundly defeated, which they believed would discourage women from running for office. The ballot was not made public before election day, so she didn’t even know her name was on it until the polls opened. When she agreed to serve if elected, the Woman’s Christian Temperance Union abandoned the candidate they had been supporting and voted en masse for Salter, and the local Republican Party also voted for her, so she was elected by a two-thirds majority. The New York Sun sent a reporter to cover a city council meeting over which she presided, and even newspapers in Sweden and South Africa carried the story. The pay for the office of mayor was a token $1 per year. Salter was the mother of the first baby born in Argonne, and eight more children, one of whom died in infancy during her term of office. She declined to run for reelection. She lived to be 101 years old 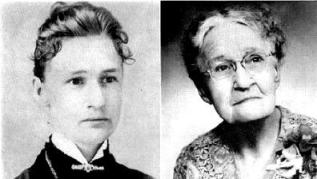 1877 – Harry E. Soref born, American inventor; patents the laminated steel padlock; founds the Master Lock Company in 1921, which becomes well known in 1928 when it ships 147,600 padlocks to federal prohibition agents in NY to lock up the speakeasies they raid

1880 – Gillette Hayden born, pioneering woman dentist and periodontist; in 1902, She was the third woman to graduate from the Ohio Medical University(now Ohio State University College of Dentistry.) She was co-founder with Grace Rogers Spalding of the American Academy of Periodontology in 1914, and served as its first woman president in 1916. She was also active as a suffragist, affiliated with the National Women’s Party 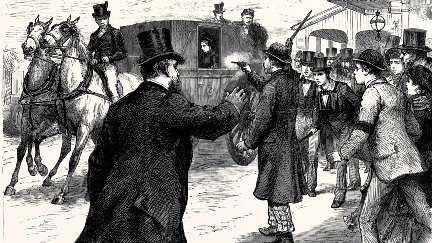 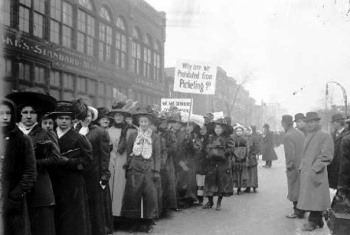 1888 – Anna Clemenc born, daughter of Croatian immigrants, American founder and first president of the local Women’s Auxiliary No. 15 of the Western Federation of Miners, was an active participant in the Copper Country Strike of 1913–1914, and an inducted member of the Michigan Women’s Hall of Fame 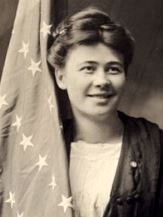 1896 – Adwa Victory Day * – First Italo-Ethiopian War, Battle of Adwa: Forces of the Ethiopian Empire win a decisive victory over forces of the Kingdom of Italy at Adwa, in northern Ethiopia, ending Italy’s quest to create a substantial African colony by adding Ethiopia to their Eritrea and Italian Somalia territories. Italy signed the Treaty of Addis Ababa, recognizing Ethiopian sovereignty. But in 1935, Mussolini launched the Second Italo-Ethiopian War, an all-war in defiance of the League of Nations, including the use of chemical weapons, and Italy occupied Ethiopia from 1936-1941 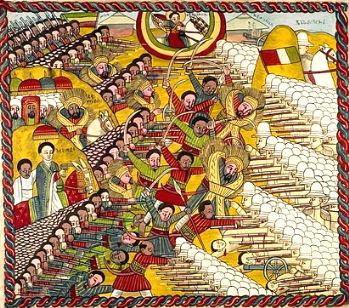 Battle of Adwa – depicting the Ethiopians assisted by St. George (at top)

1899 – Mount Rainier National Park in the state of Washington is established by the U.S. Congress 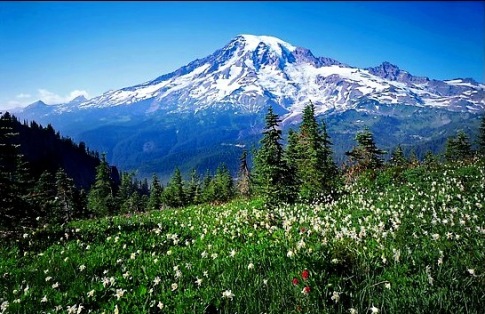 1901 – Grete Hermann born, German mathematician and philosopher; noted for her early work on the foundations of quantum mechanics and her critique of a no-hidden-variable theorem by John von Neumann, which was ignored until 1966, when John S. Bell made almost the same argument. Hermann, a member of the Social Democratic Party (SDP) which Hitler had banned in 1933, left Germany in 1936, going first to Denmark, then to France, and finally to London, where she made a marriage of convenience with a man named Edward Henry in 1938, in order to avoid standing out as a German national. In 1940, her prescience was justified when the British government invoked Regulation 18B of the Defence Regulations of 1939, identifying as enemy aliens thousands of refugees who had fled Germany because of politics or racial heritage, and putting them in internment camps. After WWII ended in 1945, she returned to Germany, and rejoined the SDP, contributing to the Godesberger Programm, the party’s revamping of its orientation and goals from ending capitalism to reforming it, rejecting Marxist class struggle and materialism theories, seeking to expand beyond its trade unionist origins. Hermann became a professor of philosophy and physics at Pädagogische Hochschule in Bremen (University of Education at Bremen), and presided over Philosophisch-Politische Akademie (The Philosophical-Political Academy, a non-profit education and social justice advocacy association) from 1961 to 1978 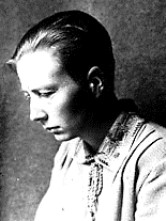 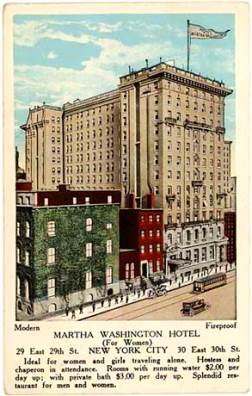 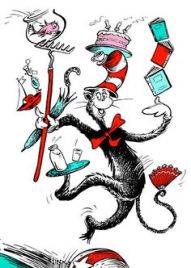 1922 – Frances Spence born, a pioneer in computer programming; one of the original programmers for the ENIAC, the first digital computer; inducted into the Women in Technology International Hall of Fame in 1997 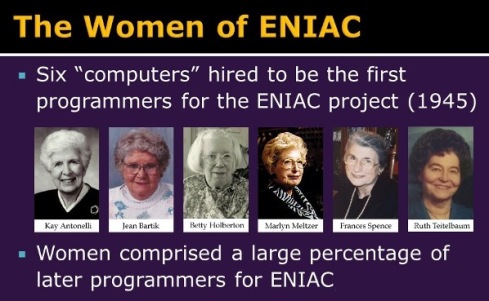 1948 – Carmen Lawrence born, Australian psychologist and Labor politician; elected to the Parliament of Western Australia in 1986, and became a government minister in 1988; Premier of Western Australia (1990-1993), Australia’s first woman state premier; Member of the national Australian Parliament for Fremantle (1994-2007); served 1994-1996 as both Minister for Human Services and Health and Minister for Women. Elected as national president of the Labor Party (2004-2005)

1956 – France recognizes the independence of Morocco

1964 – The Beatles release “Twist and Shout” in the U.S., and begin work on their first film, A Hard Day’s Night

1966 – Ann Leckie born, American author and editor of science fiction and fantasy; her 2013 debut novel Ancillary Justice won the both the Hugo and Nebula Awards for Best Novel, the British Science Fiction Association Award, the Arthur C. Clarke Award, and the Locus Award for Best First Novel. The sequels Ancillary Sword and Ancillary Mercy each won Locus Awards for Best Science Fiction Novel and were nominated for Nebula Awards 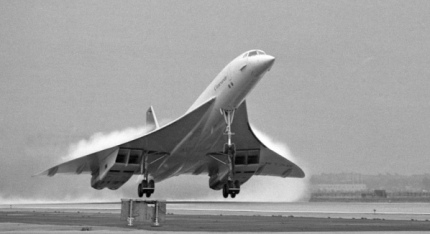 1980 – Rebel Wilson born, Australian writer, producer, actress and singer; she wrote, produced and starred in the 2008 musical comedy series Bogan Pride; best know in the U.S. for the movies Bridesmaids and Pitch Perfect; Wilson is a supporter of stricter gun laws in the U.S., “I don’t like getting political but America you really have to follow Australia’s example re gun laws. I don’t remember a mass shooting in Australia since they overhauled the gun laws. It seems like every week in America there’s a shooting. I just want people to be safe, especially people that are doing one of my favorite things in the world—going out to the movies to have fun.” 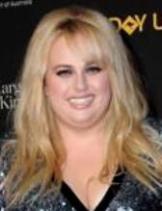 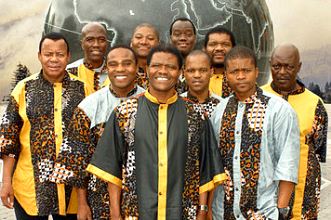 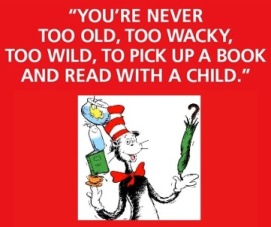 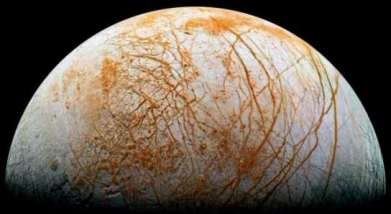 2011 – Quincy Jones receives the National Medal of Arts; he already held a record of 79 Grammy nominations, and 27 Grammy wins, including a 1991 Grammy Legend Award

2016 – The Supreme Court’s eight justices were appeared divided as they heard oral arguments on a challenge to a Texas law placing tough regulations on abortion clinics. The four liberal justices appeared united in believing the restrictions interfere with a woman’s constitutional right to an abortion. Three conservative justices appeared to believe there was little evidence the law had forced clinics to close. In June of 2016, the court ruled 5-3 in Whole Woman’s Health v. Hellerstedt that the Texas law imposes an “undue burden” on women seeking abortions because its regulations have forced too many clinics to shut down. The law could have left as few as 10 clinics in the entire state if it were allowed to take full effect, out of the current 20 clinics remaining open, according to abortion law experts. Before the Texas law was passed, there were 42 women’s healthcare clinics operating in the state 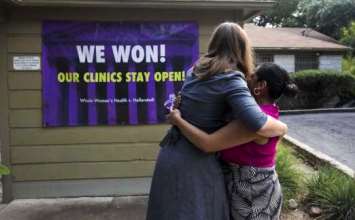 2017 – The elements Moscovium, Tennessine, and Oganesson are officially added to the periodic table at a conference in Moscow

2019 – A group of 29 parents from across Central America who were deported and separated from their children by U.S. immigration agents last year, crossed the U.S. border. The parents, some of whom have been separated from their children for nearly a year, are demanding asylum hearings in the hopes of reuniting with their children. The families have a total of 27 children in U.S. custody. Some of the children remain in detention, while others are living with foster families. Customs and Border Protection began processing the asylum claims late in the day

Migrant parents arrive at Mexico-U.S. border hoping to reunite with their children

Nona Blyth Cloud has lived and worked in the Los Angeles area for over 50 years, spending much of that time commuting on the 405 Freeway. After Hollywood failed to appreciate her genius for acting and directing, she began a second career managing non-profits, from which she has retired. Nona has now resumed writing whatever comes into her head, instead of reports and pleas for funding. She lives in a small house overrun by books with her wonderful husband.
View all posts by wordcloud9 →
This entry was posted in History, Holidays, On This Day and tagged Anna Clemenc, Corazon Aquino, Grete Hermann, Ho Chi Minh, Sholem Aleichem, Susanna Salter, Thomas Bodley. Bookmark the permalink.
Loading Comments...
%d bloggers like this: