European Day of the Righteous 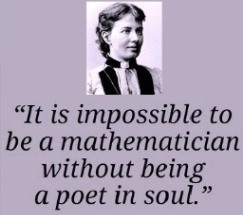 Day of the Dude

12 BC – Roman Emperor Augustus is named Pontifex Maximus (high priest of the College of Pontiffs, head of the state religion), adding it to the Emperor’s titles

632 – Farewell Sermon (Khutbah/Khutbatul Wada) of Islamic Prophet Muhammad, in the Uranah valley of Mount Arafat, during the Islamic pilgrimage of Hajj 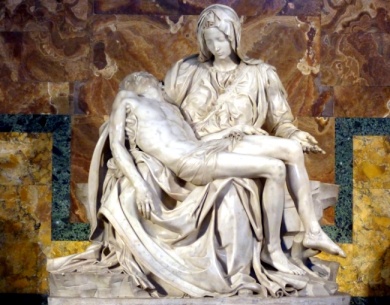 1745 – Casimir Pulaski born, Polish nobleman, revolutionary and military commander; organizer of the Pulaski Cavalry Legion for the Continental Army during the American Revolution, and reformer of the entire American cavalry; one of only eight people awarded honorary U.S. citizenship

1780 – Lucy Barnes born, American author; her letters, poems and dissertations were collected and printed in a large pamphlet after her death, The Female Christian, believed to be the first defense written by a woman of Universalism (no eternal damnation, all souls will ultimately be reconciled to God) 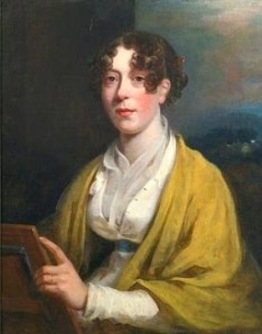 1806 – Elizabeth Barrett Browning born, English poet and writer; in frail health, she used her pen to campaign for the abolition of slavery and influence reform of child labour laws. After the publication of her Poems in 1844 was much acclaimed, Robert Browning began a correspondence with her, which turned into a secret courtship and marriage. Her father disinherited her when he learned of their wedding.  She and her husband moved to Italy in 1846, where she gave birth to their son in 1849. Her health continued to decline, and she died in Florence in 1861. Robert Browning published her last poems posthumously 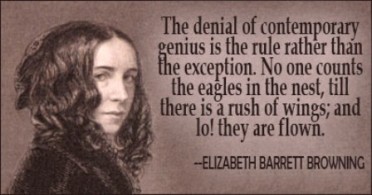 1808 – At Harvard University, the first college orchestra is founded

1820 – The ‘Missouri Compromise’ was enacted by the U.S. Congress and signed by U.S. President James Monroe. The act admitted Missouri into the Union as a slave state, but prohibited slavery in the rest of the northern Louisiana Purchase territory 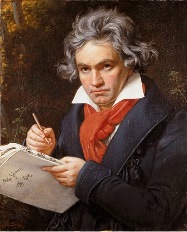 1836 – The thirteen-day siege of the Alamo by Santa Anna and his Mexican army of 3000 ends, when the small group of Texas volunteers are overrun by a massed Mexican attack

1857 – The U.S. Supreme Court’s infamous ruling, the Dred Scott decision that “a negro, whose ancestors were imported and sold as slaves” whether enslaved or free, could not be an American citizen and therefore had no standing to sue in federal court. The Court went further to declare that Congress had no constitutional power to deprive persons of their property rights when dealing with slaves in the territories, effectively rendering the Missouri Compromise of 1820 unconstitutional, and making all territories open to slavery until they become states, and could, if they choose, enact state laws against it. Southerners celebrated this as a major victory, but Frederick Douglass predicted, “This very attempt to blot out forever the hopes of an enslaved people may be one necessary link in the chain of events preparatory to the complete overthrow of the whole slave system.” In August, 2017, in the dark and early hours of the morning, Maryland officials removed the statue of U.S. Supreme Court Chief Justice Roger Taney (1836-1864), who wrote the majority opinion in the case, from the grounds of the state capitol in Annapolis. 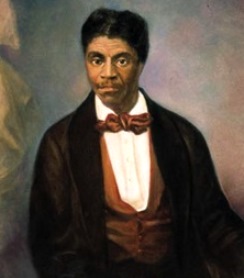 1882 – Sarah Wambaugh born, American political scientist, one of the world’s leading authorities on plebiscites, adviser to various commissions including the U.N. Plebiscite Commission to Jammu and Kashmir

1886 – The Nightingale is launched, the first nursing magazine, edited by Sarah Post

1893 – Ella Phillips Stewart born, one of the first African-American women pharmacists.  She was the oldest child of sharecroppers in Virginia, who was sent at age six to live with her grandmother so she could go to school. She was top of her class, and won major scholarships to Storer Normal School for her secondary education, but left school to get married, and moved with her husband to Pittsburgh, Pennsylvania. When their only child died at age three of whooping cough, they divorced. Stewart began working in a pharmacy as a bookkeeper, and became interested in becoming a pharmacist. In spite of the prejudice against African Americans and women, she was admitted to the University of Pittsburgh School of Pharmacy in 1914. In 1916, she became the first black woman to graduate from Pitt’s pharmacy program, and to pass the state examination. After working briefly as an assistant pharmacist, she opened her own drugstore at the General Hospital in Braddock, Pennsylvania. In 1918, she moved back to Pittsburgh and opened her pharmacy there. When she married William Stewart, another pharmacist, they worked in several cities before settling in Toledo, Ohio, and opening Stewarts’ Pharmacy in 1922. She became involved in African-American civic and service organizations, including the YWCA, the Enterprise Charity Club, the Ohio Association of Colored Women, and she was president of the National Association of Colored Women’s Clubs (1948-1952). In 1952, she was a delegate to the International Conference of Women of the World in Athens, Greece, and then became a goodwill ambassador for the U.S. government. In 1963, she was appointed to the U.S. commission of UNESCO. She died in Toledo at the age of 94 in 1987

1927 – Gabriel García Márquez born, Colombian novelist, journalist and screenwriter; 1982 Nobel Prize for Literature; best known for One Hundred Years of Solitude, and Love in the Time of Cholera

1937 – Valentina Tereshkova born, Russian cosmonaut, engineer, and General-major in the Soviet Air Force, and selected as a cosmonaut because of her expert skill in parachuting. She was the first woman to fly in space. piloting Vostok 6. Tereshkova was politically active after the collapse of the USSR, and is seen as a heroine in post-Soviet Russia 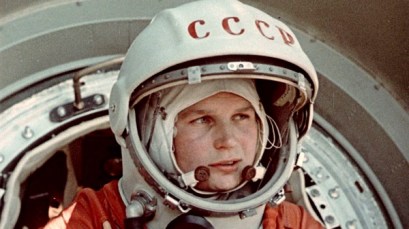 1939 – In Spain, Jose Miaja takes over the Madrid government after a military coup and vows to seek “peace with honor”

1941 – Dame Marilyn Strathern born, Welsh anthropologist, noted for work with natives of Papua New Guinea and in the UK on reproductive technologies like in vitro fertilization,  co-author of Technologies of Procreation: Kinship in the Age of Assisted Conception; Professor of Social Anthropology at Cambridge (1993-2008) and Mistress of Girton College (1998-2009) 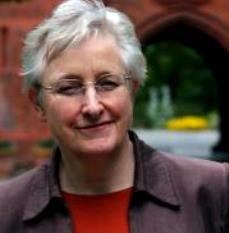 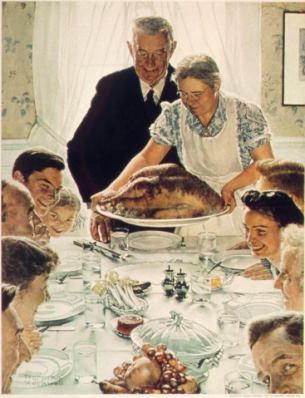 1944 – Mary Wilson born, American singer, one of the founding members of The Supremes; author of Dreamgirl: My Life as a Supreme and Supreme Faith: Someday We’ll Be Together

1944 – Kiri Te Kanawa born, New Zealand lyric soprano, appointed Dame Commander of the British Empire in 1982, and appointed to the Order of New Zealand in 1995

1946 – Ho Chi Minh, President of Vietnam, strikes an agreement with France that recognizes his country as an autonomous state within the Indochinese Federation and the French Union

1947 – Jean Seaton born, English historian and academic; Professor of Media History at the University of Westminster; Official Historian of the BBC; noted for her volume of the official history of the BBC, Pinkoes and Traitors: the BBC and the Nation 1970-1987. Director of the Orwell Prize (for political writing, three prizes awarded annually: one each for outstanding Book, Journalism, and Exposing Britain’s social evils) – her commentary on Orwell for BBC radio:

1947 – Rayda Jacobs born, South African author and documentary filmmaker; noted for her novels, Eyes of the Sky, which won the 1996 Herman Charles Bosman Prize for English Fiction, The Slave Book and Sachs Street. She also wrote the screenplay and co-directed Confessions of a Gambler, based on her novel of the same name 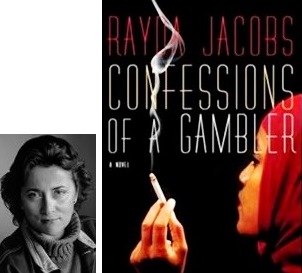 1953 – Carolyn Porco born, American astronomer; planetary scientist known for work on the outer solar system, leader of the imaging science team on the Cassini mission to Saturn; expert on planetary rings and Saturn’s moon Enceladus; she was awarded the 2008 Isaac Asimov Science Award, the 2009 Lennart Nilsson Award for photographic work, and the 2010 Carl Sagan Medal for Excellence in Communication of Science to the Public

1960 – In Switzerland, women gained the right to vote in municipal elections, but they could not vote in federal elections until 1971. Beginning in the late 1950s, Swiss women in some French-speaking cantons were able vote in local referendums. The first petition by Swiss women for political rights had been presented to the Federal Assembly in 1886 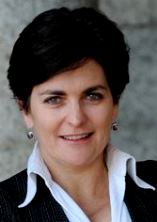 1967 – U.S. President Lyndon B. Johnson announces his plan to establish a draft lottery

1973 – John Lennon’s visa extension is canceled by the New York Office of the Immigration Department only 5 days after it was granted: the “official” reason was his marijuana conviction in 1968, but is really because of his involvement in left-wing politics while in America 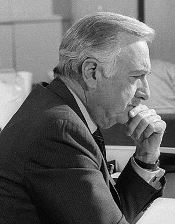 1984 – The original Frozen Food Day * is proclaimed by President Reagan 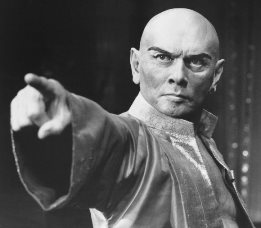 1990 – In Afghanistan, an attempted coup against President Najibullah fails

1991 – In Paris, five men are jailed for plotting to smuggle Libyan arms to the Irish Republican Army

1997 – A gunman steals Tete de Femme, a million-dollar Picasso portrait, from a London gallery; the painting is recovered a week later 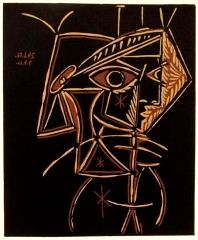 2005 – Tsotsi becomes the first South African film to win the Academy Award for Best Foreign Language film; also the first African film not made in French to win

2012 – 9,000 residents are evacuated from Wagga Wagga, Australia, as the Murrimbidgee River threatens to overflow

2016 – Honduran President Juan Hernández asks UN High Commissioner on Human Rights Zeid bin Ra’ad Al-Hussein to assist in the investigation of the murder of Berta Cáceres, an environmental activist and indigenous leader, coordinator of the Council of Popular and Indigenous Organizations of Honduras, and winner of the 2015 Goldman Environmental Prize, for spearheading  “a grassroots campaign that successfully pressured the world’s largest dam builder to pull out of the Agua Zarca Dam” at the Río Gualcarque” in Western Honduras. The river is sacred to the Lenca people, the largest indigenous group in Honduras, who depend on it for their subsistence

2019 – U.S. Senator Martha McSally (Republican – Arizona) said a superior officer raped her during the time she served in the Air Force. She made the revelation during a Senate Armed Services subcommittee hearing on sexual assault in the military. McSally, the first woman fighter pilot to fly a combat mission, called for reforms in the ways the Pentagon handles such cases. “Like you, I am also a military sexual assault survivor,” McSally said, addressing people who had been assaulted. “But unlike so many brave survivors, I didn’t report being sexually assaulted. Like so many women and men, I didn’t trust the system at the time. I blamed myself. I was ashamed and confused, and I thought I was strong but felt powerless.”

Nona Blyth Cloud has lived and worked in the Los Angeles area for the past 50 years, spending much of that time commuting on the 405 Freeway. After Hollywood failed to appreciate her genius for acting and directing, she began a second career managing non-profits, from which she has retired. Nona has now resumed writing whatever comes into her head, instead of reports and pleas for funding. She lives in a small house overrun by books with her wonderful husband.
View all posts by wordcloud9 →
This entry was posted in History, Holidays, On This Day and tagged Berta Cáceres, Dred Scott, Elizabeth Barrett Browning, Ella Phillips Stewart, Gabriel García Márquez, Mary Wilson, Savinien Cyrano de Bergerac. Bookmark the permalink.
Loading Comments...
Comment
×
<span>%d</span> bloggers like this: