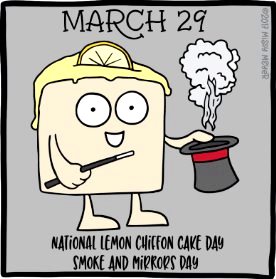 Chile – Day of the Young Combatant

502 – King Gundobad issues a new legal code, Lex Burgundionum, at Lyon that makes Gallo-Romans and Burgundians subject to the same laws; covers marriage, inheritance and weregild, a form of restitution for injury or death of a loved one and for theft or damage of property in early Germanic society – as Christianity spread, it was replaced by capital punishment, and almost entirely gone by the 12th century throughout the Holy Roman Empire 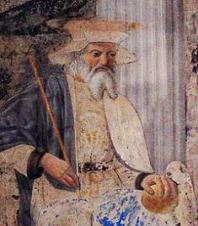 1001 – Sokkate born, king of the Pagan dynasty in Myanmar’s (Burma) Irrawaddy Valley. His reign, from 1038 to 1044, ended when he was killed in single combat, challenged by Anawrahta, who succeeded him, and founded the Pagan Empire, becoming the first King of Burma (1044-1077)

1461 – Edward of York defeats the army raised by Queen Margaret (of Anjou), wife of the mentally unstable Henry VI of the House of Lancaster, at the Battle of Towton to become King Edward IV of England 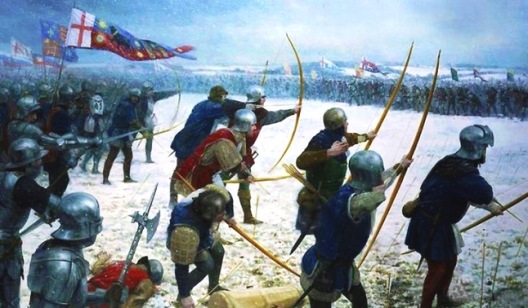 The Opening Barrage, by Graham Turner

1561 – Santorio Santorio born, Italian physician; pioneer in development and use of precision instruments in medicine 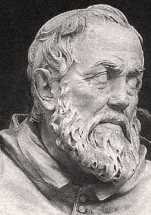 1632 – Treaty of Saint-Germain is signed, returning Quebec to French control after the English seize it in 1629

1673 – King Charles II accepts the Test Act, excluding Roman Catholics from public functions by requiring oaths of supremacy and allegiance, and a declaration against transubstantiation by all men in any civil or military office 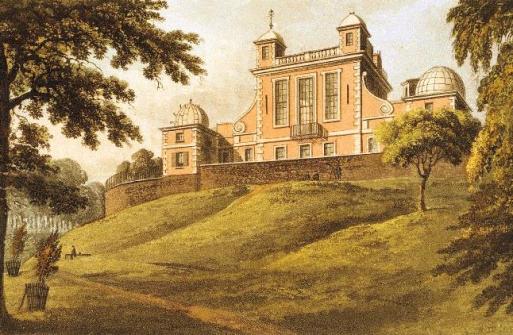 1679 – King Charles II accepts the Habeas Corpus Act of (English) Parliament, which defines and strengthens the ancient prerogative of the writ of habeas corpus (Latin – ‘you have the body’) stopping unlawful detention; in criminal matters other than treason and felonies, it gives prisoners or third parties acting on their behalf the right to challenge their detention by demanding from the Lord Chancellor, Justices of the King’s Bench, or Barons of the Exchequer a judicial review of their imprisonment, and forbids jailers from moving prisoners to evade the writ – if they disobey, jailers face severe fines, paid to the prisoner. Though amended, the act is on the statute book to this day 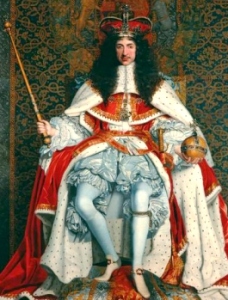 1792 – King Gustav III of Sweden dies, after being shot in the back at a midnight masquerade ball at Stockholm’s Royal Opera 13 days earlier. The Act of Union and Security in 1789 had significantly increased monarchical authority, and abolished most of the old privileges of the nobility, which made Gustav very unpopular with the nobles.  A group of conspirators plotted to assassinate the King and reform the constitution. Gustav received a note at dinner before the ball warning him his life was in danger, but had already received so many threatening letters that he disregarded it. After entering the opera house, Gustav was surrounded by the conspirators, all wearing black masks, and one of them moved behind the king and fired a pistol-shot into the left side of his back. Gustav cried out, “Ah! I am wounded, take me away from here and arrest him!”

Reproduction of King Gustav III’s masquerade costume. He was easily
identified by the Royal Order of the Seraphim worn on the left side of his chest

1806 – U.S. Congress authorizes survey for the Cumberland Road, the first major improved highway built by the U.S. government, from Cumberland, Maryland, to Vandalia, Illinois, where Congressional funding runs out, a distance of 614 miles 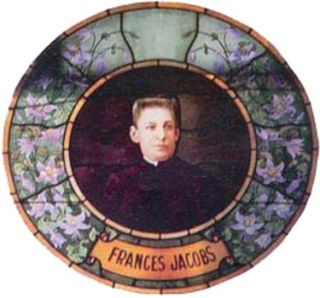 1848 – Niagara Falls Runs Dry Day * – huge upstream ice jams stop almost all water flow over Niagara Falls (both American Falls and the Canadian Horseshoe Falls) for several hours; dry enough to walk out into the riverbed below the falls 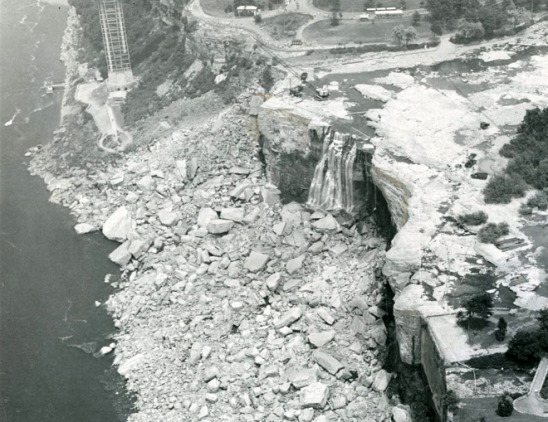 1864 – Finding maintaining a protectorate over the Ionian Islands too expensive, Great Britain cedes them to Greece 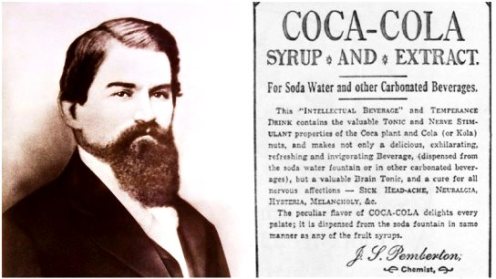 1867 – British North America Act (the Canadian constitution) is given Royal Assent, and effective July 1, establishes the Dominion of Canada 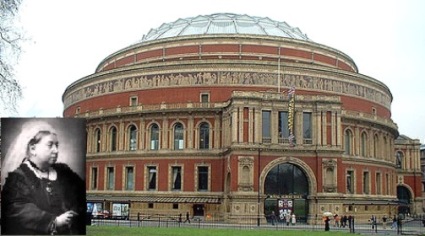 1885 – Frances Bolton born, American Republican politician, the first woman elected to Congress from Ohio, as a member of the U.S. House of Representatives (1940-1969). She created an endowment to build a school of nursing at Western Reserve in 1933 after working with the Visiting Nurse Association and seeing the homes of the desperately poor. During WWII, she called for desegregation of military nursing units, which helped remove color lines in nursing. As a Representative, she strongly supported the UN, especially UNICEF, campaigned for the federal government to purchase the land across the Potomac facing Mount Vernon to preserve its appearance as it was when Washington lived there. She worked for racial equality and equal pay, but not for the Equal Rights Amendment

1902 – Sir William Walton born, English composer; noted particularly for his film and ballet scores during WWII, including the memorable First of the Few from which Walton extracted the ‘Spitfire’ Prelude and Fugue, and the ballets The Wise Virgins and The Quest for the Sadler’s Wells Ballet. He composed the scores for Laurence Olivier’s major Shakespearean films, Henry V, Hamlet and Richard III, and for the score of the film The First of the Few, known outside Britain as Spitfire

1907 – In the Transvaal, Gandhi’s Satyagraha (‘devotion to truth’) campaigners hold a mass protest against the Asiatic Law Amendment Act, which requires all male Asians to register and be finger-printed, and carry ‘certificates’ (passes) at all times, which must be shown to police officers on demand. It is the beginning of a seven-year struggle in which thousands of Indians, including Gandhi, are jailed, and protesters flogged or even shot for striking, refusing to register, burning their certificates, or other forms of non-violence. Ultimately, public outrage at the harsh methods the government employs, against people who are steadfastly non-violent, forces South African General Jan Smuts to negotiate a compromise with Gandhi 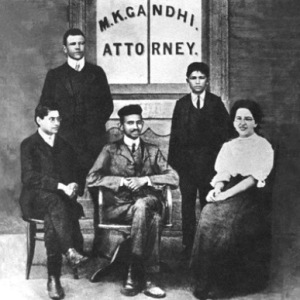 1908 – Henri Farman carries the first passenger in an airplane, aircraft designer Leon Delagrange, in his bi-plane

1923 – Betty Binns Fletcher born, American lawyer and federal judge on the Ninth Circuit Court of Appeals (1979- 2012); one of the first women to become a partner in a major U.S law firm, and the second woman appointed to the Ninth Circuit bench; writes liberal opinions on employment discrimination, environmental protection and the death penalty; when her son is nominated for a judgeship on the Ninth Circuit, Conservative Republicans, led by Senator Orrin Hatch (R-Utah), claim a mother and son serving on the same court violates a 1911 federal anti-nepotism law; Judge Fletcher agrees to accept senior status in order clear the way for her son’s confirmation, which means she serves only part time, only on cases in her home city, Seattle, and does not handle death penalty cases – her original seat is filled by a Republican 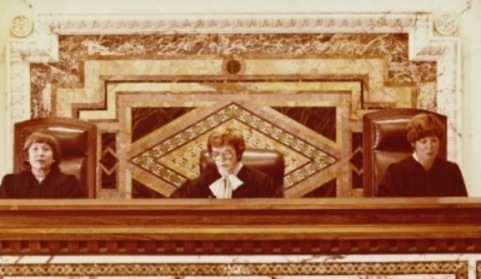 1928– Joan Kelly born, set up a Master of Arts Program in Women’s History at Sarah Lawrence with Gerda Lerner, advanced feminist scholarship by calling for a “doubled vision” to resolve conflicts inherent in the desire for female inclusion under male dominance 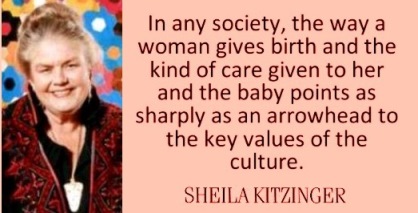 1940 – Astrud Gilberto born, major Brazilian samba and bossa nova singer-songwriter; honored with the Latin Jazz Award for Lifetime Achievement in 1992. She is an ardent advocate for animal rights 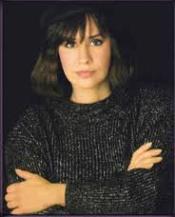 1944 – Lynne Segal born in Australia, British-based socialist feminist, academic and author; co-author of the influential 1979 book Beyond the Fragments,  advocating broader alliances among trade unionists, feminists and leftist political groups, and author of Is the Future Female? and Slow Motion: Changing Masculinities, Changing Men; member of the Virago (publishing) Advisory Board (1984-1993) 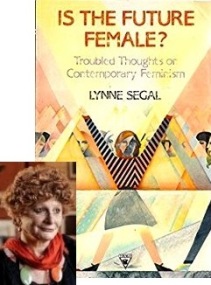 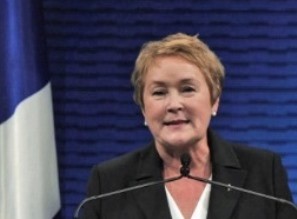 1951 – Tina Monzon-Palma born, Filipina broadcast journalist and anchorwoman; worked for GMA Networks (1976-1992), and was GMA’s first woman news presenter, then pioneered its Public Affairs department during her term as GMA News executive. After working at ABC-5 (1992-1997), she has been at ABS-CBN, heading a public service campaign against child abuse, and anchoring the news program The World Tonight 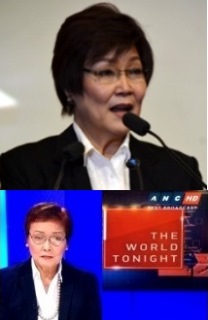 1961 – After a four-and-a-half year trial, Nelson Mandela is acquitted of treason in Pretoria, South Africa

1961 – Amy Sedaris born, American comedian, writer and playwright; among numerous credits,  appeared in the Comedy Central series, Strangers With Candy, and the 2010 movie,  The Best and the Brightest. Co-author with her brother David Sedaris of the plays Stump the Host (1993),  Stitches (1994), One Woman Shoe(1995), Incident at Cobblers Knob (1997) The Little Frieda Mysteries, and The Book of Liz.  She is a supporter of PETA 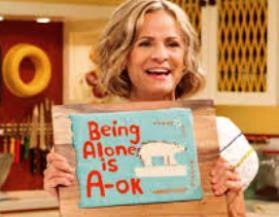 1968 – Lucy Lawless born as Lucille Ryan, New Zealand actress and singer, best known for playing the title character in the TV series Xena: Warrior Princess (1995-2001). The ambiguous relationship between Xena and her traveling companion Gabrielle led to Lawless becoming a lesbian icon, and she is a strong supporter of LGBTQ rights, including her public support for same-sex marriage. Lawless is also a member of the board of trustees of the StarShip Foundation, which provides additional equipment, support and help to staff, patients and families of the Starship Children’s Health Hospital in Auckland, and devotes much time to fundraising for the charity 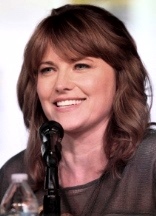 1971 – Lara Logan born, South African media journalist and war correspondent. In 2011, she gave an interview on 60 Minutes about being sexually assaulted in Egypt by men in the crowd celebrating Hosni Mubarak’s resignation, after someone falsely shouted she was an Israeli Jew. Her clothes were ripped off, she was raped by their hands, then dragged along the square until a group of women camped by a fence closed ranks around her and the men with them threw water at the crowd until a group of soldiers arrived. Logan was Chief Foreign Affairs Correspondent for CBS News (2006-2018)

1992 – Democratic presidential front-runner Bill Clinton admits to experimenting with marijuana “a time or two” while attending Oxford University, adding, “I didn’t inhale and I didn’t try it again.”

1993 – Catherine Callbeck becomes Premier of Prince Edward Island, the first woman to win a general election for a premiership of a Canadian province 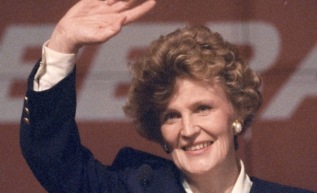 2004 – The Republic of Ireland becomes the first country in the world to ban cigarettes smoking in all work places, including bars and restaurants 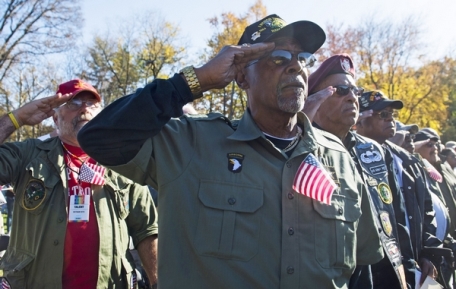 2018 – At least three companies announced that they will stop advertising on Laura Ingraham’s Fox News show after she mocked Parkland school shooting survivor David Hogg for posting that he had been denied admission to several colleges he applied to. Hogg responded to her criticism by listing Ingraham’s advertisers and encouraging people to boycott. Nutrish, celebrity cook Rachael Ray’s dog food company, announced Thursday that it would be removing its ads from Ingraham’s program. TripAdvisor followed suit, saying Ingraham’s decision to target a high school student “[crossed] the line of decency.” Online home-goods store Wayfair said Ingraham’s comments were “not consistent with our values.” Ingraham later apologized 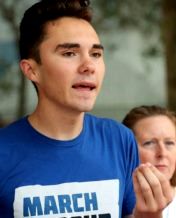 2019 – Legislators in Georgia pass a bill to ban abortion after a “fetal heartbeat” is detected, one of the strictest and most controversial abortion restrictions in the country. Republican Governor Brian Kemp signed the bill in May, 2019, to go into effect January 1, 2020. Critics say the bill bans abortion as early as six weeks into a pregnancy, before many women know they are pregnant. Kemp and state Republicans have been vocal about their support for gutting Roe v. Wade, the U.S. Supreme Court case that legalized abortion. Georgia is one of eleven states that introduced “heartbeat bills” this year; the legislation narrowly passed.  The American Civil Liberties Union, Planned Parenthood Southeast and the Center for Reproductive Rights announced they will file a legal challenge, saying the law is unconstitutional

Nona Blyth Cloud has lived and worked in the Los Angeles area for over 50 years, spending much of that time commuting on the 405 Freeway. After Hollywood failed to appreciate her genius for acting and directing, she began a second career managing non-profits, from which she has retired. Nona has now resumed writing whatever comes into her head, instead of reports and pleas for funding. She lives in a small house overrun by books with her wonderful husband.
View all posts by wordcloud9 →
This entry was posted in History, Holidays, On This Day and tagged Astrud Gilberto, David Hogg, Lara Logan, Nelson Mandela, Pearl Bailey, Sir William Walton, Tina Monzon-Palma. Bookmark the permalink.
Loading Comments...
%d bloggers like this: