TCS: Adventures in Hunter-Gathering in the Electronic Age 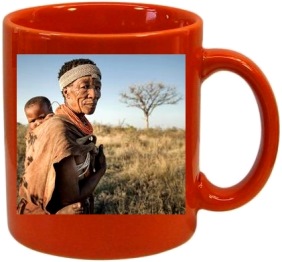 O Man, to whatever country you belong and
whatever your opinions, listen: here is your
history as I believe I have read it, not in the
books of your fellow men who are liars, but
in Nature which never lies.

– Jean-Jacques Rousseau,
A Discourse on Inequality

Most peasant farmers and herders, who constitute the great majority
of the world’s actual food producers, aren’t necessarily better off than
hunter-gatherers. Time budget studies show that they may spend more
rather than fewer hours per day at work than hunter-gatherers do.

In the face of a global pandemic, which reached 700,000 confirmed cases as of yesterday afternoon, and over 28,000 deaths, all of our lives have changed dramatically. My husband and I found ourselves being “trendsetters” in stay-at-home, upon the advice-by-phone of his doctors in the early days of March, while Doomer Trump was still holding political rallies, and claiming that this thing was like the flu, and the Washington Democrats “are trying to politicize the coronavirus, denigrating the noble work of our public health professionals. . .”

Since leaving home was not an option, we began to search online for other sources of groceries and supplies. We spent a lot of time striking out – in Los Angeles County, there were too many people wanting delivery or curbside service, and the stores were quickly overwhelmed. We started running out of things like yogurt, bread, and milk, and then it was coffee, and oatmeal. We’d recently bought the big packs of paper towels and toilet paper at Costco, so that wasn’t an issue – yet.

Finally, we got an order through at one grocery store, with a delivery time in three days, but were advised that substitutes of similar products might be made, and not everything we ordered would necessarily be available. The delivery was put on our front porch, we took things out of the plastic bags, which we immediately threw in our outside recycling  bin, then quickly washed our hands, following the recommended procedure. Most of what had been delivered was close enough, but they were out of a few things.

We found a different store that had an easier process for ordering, and seemed to have more in stock, but still no oatmeal. This order is due to arrive on Wednesday. Then at last, my husband found steel-cut oatmeal online for close to its usual price, instead of a third more expensive from some gourmet outlets. The oatmeal may reach us by Thursday!

This hunting and gathering process, by trial and error, is no doubt being repeated in tens of thousands of homes in many cities around the world. It has made me think about our distant ancestors, and the many people in the world today whose lives far more closely resemble those ancients than someone like me, who usually takes supermarkets for granted. Their knowledge and skills seem so different from mine, but look at the stories told in cave and rock art left by early humans, and the beauty added to everyday objects by modern-day nomadic peoples. Some common ground is there if we will but open our eyes and imaginations.

I am very grateful for the doctors who gave us such good advice. I’m truly grateful for the my online community. I’m moved by the kindness and concern of our neighbors, who check on us by phone and email, or holler across from their stoops and porches to us when they see us on our porch or in the front yard, and who offer to add anything we need when they arrange to pick up their own groceries. I am in awe and deepest thankfulness for the all the medical personnel on the front lines, risking their lives, to fight this disease.

My hope is that kindness, thinking and creativity will prevail to get us through this crisis, and that in November we in the U.S. will also end our political “plague” years.

Late fall the white fur grew up your spine
thick as the tail of a marten. You built up the fire,
wrapped your legs with skins, but how that
chill wind broke through sill and jamb.

We stuffed paper in every crevice — an uncle’s will,
the writ that changed your name, a certificate
of Degree of Indian Blood and one that said O positive. Still
we shivered, your eyes yellow in the lantern’s light.

Always, they were out there, in a field of boulders
the size of bears hunched over. O, you were silky
with fur, with a sharp smell I could not get enough of.
I fell into a dream of milk and skin,

on the bed of pelts in the winter cabin. When I woke
they had taken you or you had gone with them.
And didn’t I, so green with sleep, track you
the three days until new snow fell?

I packed flint and tinder and a compass
whose face shines in the lowest light.
I learned a song to map the way
and one to call you back.

I crouched over every footprint,
sniffing.
And here
was a broken branch and here
something like hair caught by a bramble.
I followed and followed —
all the yellow hours,
until I came to untouched earth
and waited
in the clearing for the snow to come down
white
as the winter blanket you long had wanted.

In the spring when you
come down hungry from
that other mountain
the space between one rib
and the next deep enough
to lay my finger —
how much of you will
remain or linger —
bone or mouth or memory
of the first sadness of humans?
Will you dig from the crevices
the paper where they
wrote you down as this
instead of that? Or startle
at the clatter of plates?
The creak of the wooden bed?
Will your skin shake off
its fur, your claws remember
they were fingers? And the hands,
meaty as paws, soften into
what I once could stroke or suckle?

Janet McAdams (1957 – ) American poet, is of Scottish, Irish, and Creek (Muscogee) ancestry. She is the author of The Island of Lost Luggage, published in 2000, which won the Diane Decorah First Book Award from the Native Writers Circle of the Americas, and an American Book Award in poetry. Her second collection, Feral, was published in 2007), and Red Weather, a novel, in 2012. She is currently the Robert P. Hubbard Professor of Poetry at Kenyon College in Ohio.

Science, as you know, my little one, is the study
of the nature and behaviour of the universe.
It’s based on observation, on experiment, and measurement,
and the formulation of laws to describe the facts revealed.

In the old times, they say, the men came already fitted with brains
designed to follow flesh-beasts at a run,
to hurdle blindly into the unknown,
and then to find their way back home when lost
with a slain antelope to carry between them.
Or, on bad hunting days, nothing.

The women, who did not need to run down prey,
had brains that spotted landmarks and made paths between them
left at the thorn bush and across the scree
and look down in the bole of the half-fallen tree,
because sometimes there are mushrooms.

Before the flint club, or flint butcher’s tools,
The first tool of all was a sling for the baby
to keep our hands free
and something to put the berries and the mushrooms in,
the roots and the good leaves, the seeds and the crawlers.
Then a flint pestle to smash, to crush, to grind or break.

And sometimes men chased the beasts
into the deep woods,
and never came back.

Some mushrooms will kill you,
while some will show you gods
and some will feed the hunger in our bellies. Identify.
Others will kill us if we eat them raw,
and kill us again if we cook them once,
but if we boil them up in spring water, and pour the water away,
and then boil them once more, and pour the water away,
only then can we eat them safely. Observe.

Observe childbirth, measure the swell of bellies and the shape of breasts,
and through experience discover how to bring babies safely into the world.

And the mushroom hunters walk the ways they walk
and watch the world, and see what they observe.
And some of them would thrive and lick their lips,
While others clutched their stomachs and expired.
So laws are made and handed down on what is safe. Formulate.

The tools we make to build our lives:
our clothes, our food, our path home…
all these things we base on observation,
on experiment, on measurement, on truth.

And science, you remember, is the study
of the nature and behaviour of the universe,
based on observation, experiment, and measurement,
and the formulation of laws to describe these facts.

The race continues. An early scientist
drew beasts upon the walls of caves
to show her children, now all fat on mushrooms
and on berries, what would be safe to hunt.

The men go running on after beasts.

The scientists walk more slowly, over to the brow of the hill
and down to the water’s edge and past the place where the red clay runs.
They are carrying their babies in the slings they made,
freeing their hands to pick the mushrooms.

“The Mushroom Hunters” was written especially for The Universe in Verse, which was hosted in 2017 by Maria Popova in collaboration with astrophysicist- writer Janna Levin and the Academy of American Poets, with all proceeds donated to the Academy and the Natural Resources Defense Council.

Neil Gaiman (1960 – ) is best known as the award-winning author of extraordinary fantasy novels like American Gods, Stardust, Anansi Boys, and Neverwhere, but he also writes poetry, although it doesn’t seem to get published in books, but sometimes just appears, often in unexpected places, on the Internet.

Be safe out there, wherever you are.

Nona Blyth Cloud has lived and worked in the Los Angeles area for the past 50 years, spending much of that time commuting on the 405 Freeway. After Hollywood failed to appreciate her genius for acting and directing, she began a second career managing non-profits, from which she has retired. Nona has now resumed writing whatever comes into her head, instead of reports and pleas for funding. She lives in a small house overrun by books with her wonderful husband.
View all posts by wordcloud9 →
This entry was posted in Poetry, The Coffee Shop and tagged Adventures in Hunter-Gathering in the Electronic Age, Coronavirus, Janet McAdams, Jared Diamond, Jean-Jacques Rousseau, Neil Gaiman, stay-at-home, TCS. Bookmark the permalink.
%d bloggers like this: