1111 – King Henry V of Germany is crowned Holy Roman Emperor (1111-1125), the last of the Salian emperors, because he dies with no legitimate heirs

1519 – Catherine de’ Medici born, the power behind the throne of her three sons, who each became King of France, Francis II, Charles IX, and Henry III; she is often blamed for the St. Bartholomew’s Day massacre of thousands of Huguenot protestants in 1572. She was complicit, having espoused hard-line policies against the Huguenots, but most of her ruthless policies stemmed from attempts to keep the Valois monarchy on the throne at all costs, and her patronage of the arts was an attempt to glorify a monarchy whose prestige was in steep decline. Without Catherine, it is unlikely that her sons would have remained in power 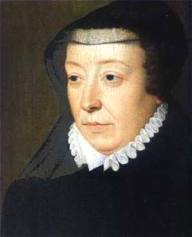 1598 – Édit De Nantes is signed by French King Henry IV, granting a measure of religious liberty to the Huguenots; one of the earliest decrees of religious tolerance in Europe, allowing freedom of conscience and limited rights to public worship, civil rights, and a special court, Chambre de l’Édit, comprised of both Catholics and Protestants, to adjudicate disputes arising from the edict; it also restored Catholicism in all areas where its practice had been interrupted, and made any extension of Protestant worship in France legally impossible. Cardinal Richelieu annulled much of the edict in the peace of Alès treaty in 1629, and in 1685, Louis XIV formally revoked the Edict of Nantes, stripping the French Protestants of all religious and civil liberties, causing over 400,000 persecuted Huguenots to emigrate, depriving France of most its hard-working commercial class

1612 – Miyamoto Musashi defeats Sasaki Kojirō at Funajima Island; Musashi is a legendary Japanese swordsman, founder of Hyōhō Niten Ichi-ryū (“two heavens as one”), a school of swordsmanship using two swords, the katana and the waskizashi; Mushashi holds a record of 60 victories in 60 duels

1613 – Pocahontas is kidnapped by Samuel Argall, English adventurer and naval officer, and she is held captive to force her father, Algonquian chief Powhatan, to release the English captives he is holding. Pocahontas is converted to Christianity during her captivity, and remains with the English. In 1614 at age 17, she marries tobacco planter John Rolfe, age 29

1648 – Jeanne Marie Bouvier de la Motte Guyon born, French mystic and author, accused of heresy and imprisoned (1695-1703) for publishing her book, Moyen court et facile de faire oraison (A Short and Very Easy Method of Prayer) which advocated silent prayer, the intellectual stillness of meditation, over vocal prayer, and was placed on the Index Librorum Prohibitorum (the Roman Catholic list of prohibited books, which was finally abolished in 1966 by Pope Paul VI)

1775 – In response to a growing trade boycott in America, British Prime Minister Lord North extends the New England Restraining Act, prohibiting colonial trade with any countries other than England and Ireland (the British West Indies were also allowed), to South Carolina, Virginia, Pennsylvania, New Jersey and Maryland; New York, Delaware, North Carolina and Georgia would be added a few months later as resistance stiffens throughout the American colonies

1796 – The first known elephant arrives in America aboard the sailing vessel America, returning from Calcutta, India

1828 – Josephine Butler born, English feminist, social reformer and author; campaigned for women’s suffrage, better education and employment opportunities for women, and against the legal doctrine of coverture, in which a woman’s legal rights and obligations are subsumed by those of her husband, reducing her to his legal appendage – Butler was a key player in the passage of the Married Women’s Property Act 1882; also advocated for an end to sex trafficking of women and children, especially child prostitution, and an end to the Contagious Diseases Acts, which legalized the forced medical examination of prostitutes, but not their clients; founded the International Abolitionist Federation, to fight international sex trafficking and oppose regulations which violated women’s rights

1832 – Juan Montalvo born, Ecuadorian author, essayist, and member of Ecuador’s diplomatic service; he was a liberal, anti-clerical, and a champion of democracy. He was exiled to France for his outspoken set of essays, The Catilinarias, written in opposition to dictator Ignacio de de Veintimilla. Another essay collection, Siete tratados (Seven Treaties), is his best-known work

1854 – Lucy Craft Laney born, American educator, founder and principal of Haines Normal and Industrial School, the first school for black children in Augusta, Georgia, which began with 6 students, but expanded to 234 students by the end of the school’s second year – Laney named the school for Francine Haines, who donated $10,000 for its expansion

1891 – Nella Larsen born, daughter of an Afro-Caribbean father from the Danish West Indies and a Danish immigrant mother, which alienated her from both the white and black cultures of the U.S. In 1915, Larsen got a nursing degree and worked at the Tuskegee Institute’s hospital, NYC’s Lincoln Hospital, and then for the NY Bureau of Public Health. Her 1919 marriage to Elmer Imes, a pioneering black physicist, ended in divorce. In 1923, she became the first black woman to graduate from the New York Public Library School at Columbia University; considered a Harlem Renaissance author, she published her first novel, Quicksand, in 1928, and Passing in 1929; she also published several short stories, but after her divorce in 1933, she was depressed and stopped writing, disappearing from literary circles. When her ex-husband died in 1942, ending his alimony payments, she returned to nursing

1900 – Sorcha Boru born as Claire Jones, American potter and ceramic sculptor, mostly known on the West Coast, where many of her works are held by the Oakland Museum and the Everson Museum of Art; she lived to the age of 105

1902 – Marguerite Henry born, American author of children’s books about animals, recipient of the 1949 Newbery Medal for King of the Wind: the story of the Godolphin Arabian, and was a runner-up for the same medal for Misty of Chincoteague

1909 – Eudora Welty born, American author, known for short stories and novels about the American South, recipient of the 1973 Pulitzer Prize for Fiction for The Optimist’s Daughter, and a National Medal of Arts in 1986

1919 – Madalyn Murray O’Hair born, American activist, author, founder and president of American Atheists; Why I Am an Atheist

1927 – Rosemary Haughton born, Roman Catholic lay theologian and author; noted for The Passionate God, The Tower That Fell, Song in a Strange Land, Tales from Eternity and The Re-Creation of Eve

1933 – Ben Nighthorse Campbell born, American politician and member of the Council of Chiefs of the Northern Cheyenne tribe; originally a Democrat, he switched to the Republican Party in 1995, but left political office in 2005; served in the Colorado State Legislature (1982-1986); U.S. Congressman from Colorado (1987-1993); U.S. Senator from Colorado (1993-2005) and Chair of the Senate Indian Affairs Committee (2003-2005), the first Native American elected to the U.S. Senate; advocate for campaign finance reform

1935 – Sydney Khumalo born, South African sculptor; he also worked as an art instructor at the Polly Street Centre and the Jubilee Social Centre (1958-1964) in Johannesburg before devoting himself full-time to art 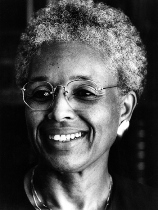 1944 – Susan Davis born, American Democratic politician, serving in the U.S. House of Representatives, for the 49th District (2001- 2003) and since 2003 for the reconfigured 53rd District; California State Assembly (1994-2001), chair of Committee on Consumer Protection; author of legislation expanding patients’ rights, for state-funded at-home nursing care for seniors, rewards for high-achieving teachers, and funding for after-school programs at public schools, but has a mixed record in the U.S. Congress, voting for expanding government and military rights to indefinitely detain U.S. citizens and others without trial 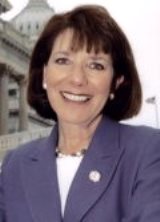 1945 – Judy Nuun born, Australian author, scriptwriter and actress. Her novels include The Glitter Game; Centre Stage; Araluen; Beneath the Southern Cross; and Maralinga. She has also written children’s books, and scripts for Australian television and radio programs

1947 – Rae Armantrout born, American poet; winner of the 2009 National Book Critics Circle Award and the 2010 Pulitzer Prize for Poetry for her collection Versed 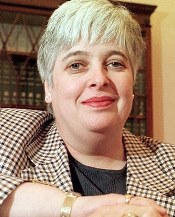 1957 – Amy Goodman born, American broadcast journalist, syndicated columnist and investigative reporter; host of Democracy Now! since 1996; recipient of the 2004 Thomas Merton Award, and the 2012 Gandhi Peace Award; criminal charges in connection with her television coverage of protests of the Dakota Access pipeline, which showed security personnel using pepper spray and attack dogs on the protesters, were eventually dismissed 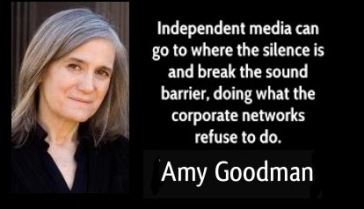 1958 – Van Cliburn of Kilgore TX wins the USSR’s inaugural Tchaikovsky International Piano Contest in Moscow, which had been designed to showcase Soviet cultural superiority during the Cold War 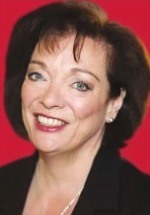 1969 – Ha Wen born, Chinese television producer and director; she has worked for China Central Television since 1995 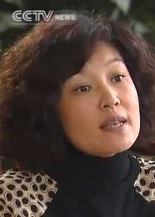 1970 – Greek composer and liberal activist Mikis Theodorakis, famed for the film scores for Zorba the Greek and Z, is allowed to go into exile after an international campaign headed by Dmitri Shostakovich, Arthur Miller, Leonard Bernstein,  and Harry Belafonte pressures the Greek military junta into releasing him from the Oropos concentration camp; when he arrives in Paris, he is hospitalized for treatment of tuberculosis

1970 – The crew of Apollo 13, headed for the Moon, reports “Houston, We’ve got a problem” when their oxygen tanks rupture, beginning an all-out-effort by NASA and the crew to return them safely to Earth

1981 – Gemma Doyle born, Scottish Labour Co-operative politician; Member of Parliament for West Dunbartonshire (2010-2015).  She is a Trustee of the Foreign Policy Centre, a British think tank founded in 1998, which is pro-European Union

1999 – Dr. Jack Kervorkian is sentenced to 10 to 25 years in prison for second-degree murder for assisting in a suicide

Lunch in a San Francisco park – photo by Sarah Curtiss

2017 – The U.S. drops the largest ever non-nuclear weapon on a cave complex rumored to be an ISIL stronghold in Nangarhar Province, Afghanistan

2018 – The president of the Seychelles, Danny Faure, delivered a striking speech, calling for global action toward protecting the Earth’s oceans. Faure’s speech was notable for its location — he was deep beneath the ocean’s surface in a submersible watercraft in the water off the coast of Desroches, one of the islands that makes up the Seychelles archipelago. Faure spoke during a visit to a British-led expedition which is exploring the depths of the Indian Ocean. The Seychelles and other small island nations are considered among the most vulnerable places in the world as they face the threat of rising sea levels caused by climate change

Nona Blyth Cloud has lived and worked in the Los Angeles area for over 50 years, spending much of that time commuting on the 405 Freeway. After Hollywood failed to appreciate her genius for acting and directing, she began a second career managing non-profits, from which she has retired. Nona has now resumed writing whatever comes into her head, instead of reports and pleas for funding. She lives in a small house overrun by books with her wonderful husband.
View all posts by wordcloud9 →
This entry was posted in History, Holidays, On This Day and tagged Eudora Welty, Guru Gobind Singh, Miyamoto Musashi, Nella Larsen, Pocahontas, Ruby Puryear Hearn, Sydney Khumalo. Bookmark the permalink.
Loading Comments...
%d bloggers like this: