TCS: You Breathe in Two Countries – Separation in a Plague Year 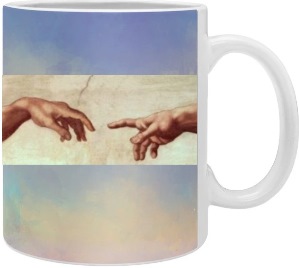 “And one by one the nights between
our separated cities are joined to
the night that unites us.”

There is another outbreak which has crept silently into our lives in the shadow of the COVID-19 pandemic. It is an epidemic of absence.

We are cut off from family members, from friends, from co-workers, from so much of what makes up our day-to-day lives, which is hard, but made harder still by uncertainty. Numbers, estimates and theories change almost hourly, but no one knows how long this will last.

What we can do is strive to be kind, thoughtful and patient, especially with ourselves, because we are all alone in this together.

Your absence has gone through me
Like thread through a needle.
Everything I do is stitched with its color.

W. S. Merwin(1927–2019) was an American poet who wrote more than fifty books of poetry and prose, and produced many translations. In the 1980s and 1990s, his writing influence derived from an interest in Buddhist philosophy and deep ecology. Residing in a rural part of Maui, Hawaii, he wrote prolifically and was dedicated to the restoration of the island’s rainforests. He won the Pulitzer Prize for Poetry twice, in 1971 and 2009, National Book Award for Poetry in 2005.  He was named as the U.S. Poet Laureate (2010-2011).

I want you and you are not here. I pause
in this garden, breathing the colour thought is
before language into still air. Even your name
is a pale ghost and, though I exhale it again
and again, it will not stay with me. Tonight
I make you up, imagine you, your movements clearer
than the words I have you say you said before.

Wherever you are now, inside my head you fix me
with a look, standing here whilst cool late light
dissolves into the earth. I have got your mouth wrong,
but still it smiles. I hold you closer, miles away,
inventing love, until the calls of nightjars
interrupt and turn what was to come, was certain,
into memory. The stars are filming us for no one.

Carol Ann Duffy (1955 –), Scottish poet and playwright, became the first woman, first Scot and first openly LGBT person appointed as Britain’s Poet Laureate (2009-2019). Her 1985 poetry collection, Standing Female Nude, won the first of her three Scottish Arts Council Book Awards. Mean Time (1993) won the Whitbread Poetry Prize. She also won the 1995 Lannan Literary Award for Poetry, and many other honors. In Duffy’s The World’s Wife, she gives us a collection of modern versions of the old tales, with an unsettling feminist twist.

Here I Love You

Here I love you.
In the dark pines the wind disentangles itself.
The moon glows like phosphorous on the vagrant waters.
Days, all one kind, go chasing each other.

The snow unfurls in dancing figures.
A silver gull slips down from the west.
Sometimes a sail. High, high stars.
Oh the black cross of a ship.
Alone.

Sometimes I get up early and even my soul is wet.
Far away the sea sounds and resounds.
This is a port.

Here I love you.
Here I love you and the horizon hides you in vain.
I love you still among these cold things.
Sometimes my kisses go on those heavy vessels
that cross the sea towards no arrival.
I see myself forgotten like those old anchors.

The piers sadden when the afternoon moors there.
My life grows tired, hungry to no purpose.
I love what I do not have. You are so far.
My loathing wrestles with the slow twilights.
But night comes and starts to sing to me.

The moon turns its clockwork dream.
The biggest stars look at me with your eyes.
And as I love you, the pines in the wind
want to sing your name with their leaves of wire.

“Here I Love You” from The Poetry of Pablo Neruda © 2003 by Fundación Pablo Neruda – Farrar, Straus and Giroux

Pablo Neruda (1904- 1973) was a Chilean poet and diplomat, considered Chile’s greatest poet. He won the 1971 Nobel Prize for Literature, but his affiliation with the Communist Party stirred controversy.

Skin remembers how long the years grow
when skin is not touched, a gray tunnel
of singleness, feather lost from the tail
of a bird, swirling onto a step,
swept away by someone who never saw
it was a feather. Skin ate, walked,
slept by itself, knew how to raise a
see-you-later hand. But skin felt
it was never seen, never known as
a land on the map, nose like a city,
hip like a city, gleaming dome of the mosque
and the hundred corridors of cinnamon and rope.

Skin had hope, that’s what skin does.
Heals over the scarred place, makes a road.
Love means you breathe in two countries.
And skin remembers–silk, spiny grass,
deep in the pocket that is skin’s secret own.
Even now, when skin is not alone,
it remembers being alone and thanks something larger
that there are travelers, that people go places
larger than themselves.

Naomi Shihab Nye (1952 -) was born in St.Louis, Missouri. Daughter of a father who came to America as a Palestinian refugee, and a born-in-America mother. “I grew up in St. Louis in a tiny house full of large music – Mahalia Jackson and Marian Anderson singing majestically on the stereo, my German-American mother fingering ‘The Lost Chord’ on the piano as golden light sank through trees, my Palestinian father trilling in Arabic in the shower each dawn.” During her teens, Shihab Nye lived in Ramallah in Palestine, the Old City in Jerusalem, and San Antonio, Texas, where she later received her BA in English and world religions from Trinity University.

Nona Blyth Cloud has lived and worked in the Los Angeles area for the past 50 years, spending much of that time commuting on the 405 Freeway. After Hollywood failed to appreciate her genius for acting and directing, she began a second career managing non-profits, from which she has retired. Nona has now resumed writing whatever comes into her head, instead of reports and pleas for funding. She lives in a small house overrun by books with her wonderful husband.
View all posts by wordcloud9 →
This entry was posted in Poetry, The Coffee Shop and tagged Carol Ann Duffy, Naomi Shihab Nye, Pablo Neruda, Separation in a Plague Year, TCS, W.S. Merwin, You Breathe in Two Countries. Bookmark the permalink.
%d bloggers like this: