Save the Elephants Day *

1457 BCE (date uncertain) – Battle of Megiddo, a victory for the forces of  Egyptian Pharaoh Thutmose III over a coalition of Canaanite vassal states in rebellion, led by the king of Kaddesh, followed by the seven-month siege of the fortress city of Megiddo. The area is southeast of Haifa, in modern-day Israel. Its Greek name is Armageddon

73 or 74 CE – The walls of Masada, a Jewish fortress held by the Sicarii (the most implacable of the Zealots who were in rebellion) are finally breached by the Roman legion led by Roman governor of Judaea, Lucius Flavius Silva, after months of siege. They find hundreds of men, women and children killed in a mass suicide amid fires set to destroy the buildings. Only two women and five children are found still alive

1516 – Tabinshwehti, King of Burma, is born, founder of the Toungoo Dynasty; his military campaigns expanded the kingdom

1660 – Hans Sloane born in Ireland, British naturalist who bequeathed his collection to the nation, the foundation of the British Museum

1693 – Mary Alexander born, American colonial merchant, successful and influential; she married twice and had ten children; her fortune was estimated at 100,000 pounds in 1743

1746 – The Battle of Culloden is fought between the French-supported Jacobites of Prince Charles Edward Stuart and the British Hanoverian forces commanded by William Augustus, Duke of Cumberland, in Scotland, the last pitched battle fought on British soil. Between 1,500 and 2,000 Jacobites died, and roughly 200-300 English. Two days after the battle, English troops kill any wounded they find. Prisoners are tried for high treason, but nearly 1,000 sentences are commuted to penal transportation to the British colonies for life, and some are exchanged for prisoners of war held by France. Of the 3,471 recorded prisoners, the fate of 648 is unknown. Lords and Clans chiefs who supported the rebellion are stripped of their estates. Many highland traditions are banned, including the wearing of tartan, the clan chiefs’ traditional judicial rights, and the Highlands of Scotland are cleared of inhabitants 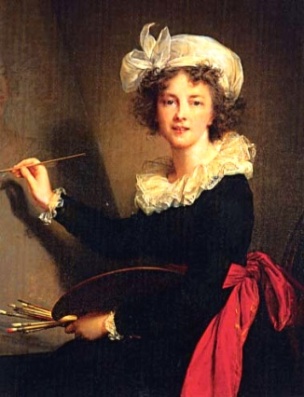 1780 – The University of Münster is founded in that city of North Rhine-Wesphalia in Germany, with four faculties: Law, Medicine, Philosophy and Theology

1811 – Wilhelmine Reichard becomes the first German woman to fly a balloon solo. Starting in Berlin, she reached a height of over 5,000 metres (16,000 ft) and landed safely in Genshagen, 33.5 kilometres (20.8 mi) from her starting point. This was not the first solo flight by a woman in Germany; the Frenchwoman Sophie Blanchard had made a flight in September 1810, starting from Frankfurt. Reichard’s third flight in 1811 reached a height of approximately 7,800 metres (25,600 ft). Due to the altitude she lost consciousness and her balloon crash-landed in a forest; badly injured, she was rescued by local farmers

1818 – U.S. Senate ratifies the Rush-Bagot Treaty, ending the dispute over the U.S. border with Canada

1848 – Kandukuri Veeresalingam Pantulu born, Indian social reformer and author; he campaigned for women’s education, the remarriage of widows, an end to the dowry system, and founded a school in Dowlaiswaram; his novel Rajasekhara Charitramu (translated into English as Fortune’s Wheel) is cited as the first novel in Telugu literature

1853 – The first section of the Great Indian Peninsular Railway opens, with 24 miles of rail from the Bori Bunder station to Tannah (now Thane), near Mumbai

1862 – Abraham Lincoln signs into law the Compensated Emancipation Act, freeing 3,000 slaves in the District of Columbia, paying $300 per emancipated person to the former slaveowners

1864 – Rose Talbot Bullard born, American physician and medical school professor. Bullard earned her medical degree at the Women’s Hospital Medical College in Chicago, where she graduated at the top of her class in 1886. Her sister Lula Talbot Ellis was also a physician, and the first woman to graduate from the medical school at the University of Southern California in 1888. She shared a medical practice with Elizabeth Follansbee. In her work with women patients, Bullard advocated outdoor activity, especially bicycling, which she believed came with other benefits for women. “The bicycle has done more for the cause of legitimate dress reform than any other single agent,” she declared in 1895. She taught gynecology at the University of Southern California, and was one of the first officers of the YWCA of Los Angeles, when it formed in 1893. Bullard was the first woman elected as president of the Los Angeles County Medical Association in 1902 (and there wasn’t another woman president of the association until 1992). She was also a fellow of the American College of Surgeons, one of only eight women elected to that status when the it was founded in 1912. In her obstetric practice, she was among the first in Southern California to use spinal anesthesia. When the American Medical Association established a Public Health Education Committee in 1909, Bullard was one of the ten physicians appointed to the committee, and the only one from Los Angeles. The Women Physicians Action Committee of the Los Angeles County Medical Association gives an annual Rose Talbot Bullard Award for a woman physician who is a “champion and trailblazer” 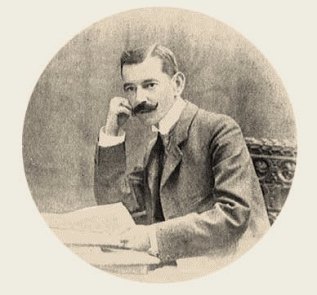 1879 – The first Bulgarian constitution is adopted by the Constituent National Assembly held in Veliko Tarnovo,  establishing the Principality of Bulgaria

1890 – Gertrude Chandler Warner born, American author; known for The Boxcar Children series; she was also an elementary school teacher (1918-1950), and a volunteer for the American Red Cross

D.P. Lathrop illustration for Tales From the Enchanted Isles by Ethel May Gate (1926)

1917 – Vladimir Lenin returns to Russia from exile in Switzerland

1921 – Marie Maynard Daly born, American biochemist, first black woman to earn a PhD in chemistry. She studied the composition and metabolism of components of cell nuclei, determining the base composition of deoxypentose nucleic acids, and calculating the rate of uptake of labeled glycine by components of cell nuclei. Through her later research on the metabolism of the arterial wall and its relationship to aging, hypertension, and atherosclerosis, she discovered the link between high cholesterol and clogged arteries. She also studied the uptake, synthesis, and distribution of creatine in cell cultures and tissues 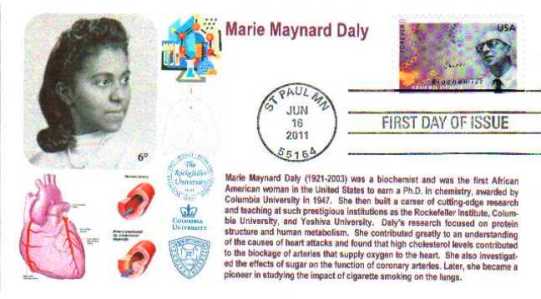 1922 – The Treaty of Rapallo is signed, re-establishing  diplomatic relations between Germany and the Soviet Union

1933 – Baroness Joan Bakewell born, English television journalist-presenter playwright, author and humanist; President of Birkbeck, University of London; The Centre of the Bed is her autobiography

1935 – Sarah Kirsch born as Ingrid Kirsch, but changed her given name to Sarah in protest against her father’s anti-Semitism; German poet and author

1940 – Margrethe II of Denmark born, Queen of Denmark since 1972; she became the heir presumptive in 1953, when an amendment was made to the Danish constitution to include female succession if there is no male heir; she is the first woman ruler of Denmark since Margrethe 1 (1375-1412)

1946 – Margot Adler born, American writer, lecturer and NY correspondent for National Public Radio; noted author of books on Neopaganism: Drawing Down the Moon, and Heretic’s Heart: A Journey Through Spirit and Revolution

1947 – Bernard Baruch first applies the term “Cold War” to describe the relationship between the United States and the Soviet Union: “Let us not be deceived. We are today in the midst of a cold war”

1957 – Patricia De Martelaere born in Belgium, Flemish philosopher, academic, novelist and essayist; wrote her first book at age 14, King of the Jungle; her first adult novel was Nachtboek van een slapeloze (Night Book of an Insomniac); in non-fiction, she wrote Het onverwachte antwoord (The Unexpected Answer); De Martelaere died of complications from a brain tumor in 2009

1961 – In a nationally broadcast speech, Cuban leader Fidel Castro declares that he is a Marxist–Leninist and that Cuba is going to adopt Communism

1961 – Linda Ruth Williams born, British Professor of Film Studies in the College of Humanities at the University of Exeter. Her special interests include sexuality and censorship in cinema and literature

1963 – Dr. Martin Luther King Jr. pens his Letter from Birmingham Jail while incarcerated in Birmingham, Alabama, for protesting against segregation

1966 – The Rolling Stones, the band’s debut album, is released

1972 – Tracy K. Smith born, American poet; Poet Laureate of the United States (2017-2019); recipient of the 2002 Cave Canem Prize, the 2006 James Laughlin Prize, and the 2012 Pulitzer Prize for Poetry for Life on Mars. Her next collection, Ordinary Light, was shortlisted for a National Book Award. Smith has also contributed to numerous anthologies 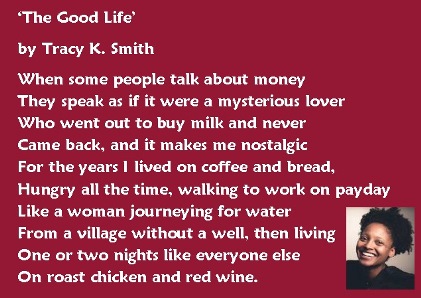 1990 – Over 72,000 people gather at London’s Wembley Stadium for an anti-apartheid concert honoring Nelson Mandela, shortly after his release from prison

1992 – The Katina P runs aground off Maputo, Mozambique and 60,000 tons of crude oil spill into the ocean

1999 – World Voice Day * started as Brazilian National Voice Day, an initiative started by members of the Brazilian Academy of Laryngology and Voice, and has since grown into a celebration of the human voice in 50 countries

2001 – India and Bangladesh begin a five-day border conflict, but are unable to resolve the disputes over their border

2012 – No Pulitzer Prize for Fiction Prize for this year, something which last happened in 1977, and the fifth time no prize for fiction was awarded since its debut in 1918

2012 – Save The Elephant Day * is launched by the Elephant Reintroduction Foundation, to coincide with the documentary about their work, Return to the Forest, and an annual reminder of threatened extinction facing these magnificent mammals

2014 – Mike and Faith Young, volunteers at the San Cristobal de las Casas Orchid Reserve in Chiapas, Mexico, wanted to name their first daughter Orchid, but the baby was stillborn, so they founded National Orchid Day * to honor her memory and celebrate the flowers they love 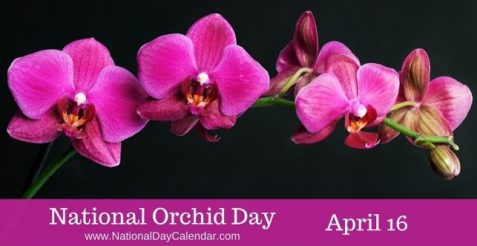 2016 – The U.S. army approves requests by 22 soldiers to become the first American women infantry and armor unit officers, 13 in the armor branch, and nine as second lieutenants in the infantry

2018 – New York Times writers Jodi Kantor and Megan Twohey and The New Yorker‘s Ronan Farrow shared the Pulitzer Prize for public service in recognition of their reporting on allegations of sexual assault and harassment of women by movie mogul Harvey Weinstein. The scandal touched off the larger #MeToo and Time’s Up movements. The Washington Post was also honored, for staff coverage of sexual misconduct allegations against then-Senate candidate Roy Moore in Alabama

Nona Blyth Cloud has lived and worked in the Los Angeles area for the past 50 years, spending much of that time commuting on the 405 Freeway. After Hollywood failed to appreciate her genius for acting and directing, she began a second career managing non-profits, from which she has retired. Nona has now resumed writing whatever comes into her head, instead of reports and pleas for funding. She lives in a small house overrun by books with her wonderful husband.
View all posts by wordcloud9 →
This entry was posted in History, Holidays, On This Day and tagged Jane Goodall, José de Diego, Kandukuri Veeresalingam Pantulu, Marie Maynard Daly, Mary Alexander, Mohandas Gandhi, Tracy K Smith. Bookmark the permalink.
%d bloggers like this: