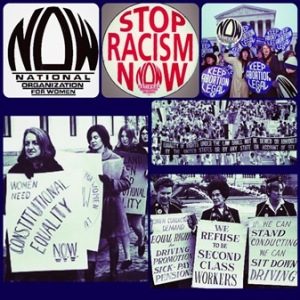 763 – The army of Byzantine Emperor Constantine V defeats the heavy cavalry of Bulgarian Khan Telets, who gave up the high ground and mountain passes to charge down on the Byzantines; there were heavy casualties on both sides, and Constantine executed all his prisoners

1688 – English nobles, dubbed the Immortal Seven, send a secret message to William II, Prince of Orange, inviting him to topple Catholic King James II of England from his throne, and replace him with William’s Protestant wife Mary, who is the eldest daughter of James; the Englishmen pledge their support for William; in November, William crosses the channel and deposes James in the ‘Glorious Revolution’ 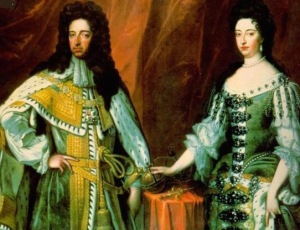 1702 – Elizabeth Villin Timothy born in Amsterdam; colonial American printer and newspaper publisher, considered the first woman in America to be a newspaper publisher and the first to hold a franchise. When her husband died of Yellow Fever in 1738, she took over running the South Carolina Gazette weekly newspaper, which had been franchised to him by Benjamin Franklin. However, officially the paper’s franchise and management was in the name of her eldest son Peter, who was only 14 at the time of his father’s death. Peter didn’t actually take over as publisher until he reached his majority at age 21.

1794 – In Ohio, during the ‘Northwest’ Indian War, ‘Blue Jacket’ (the Shawnee War Chief Weyapiersenwah), leads an attack on Fort Recovery, but they are unable to breach the fort’s defenses, held by U.S. Army troops under General Anthony Wayne 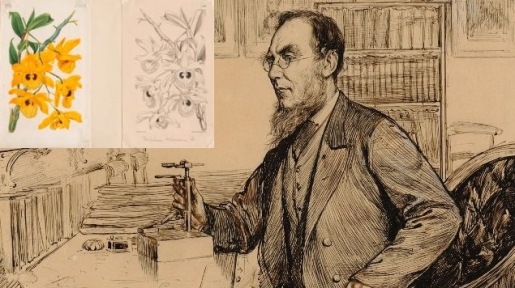 1883 – Dorothy Tilly born, American civil rights activist, worked to reform Southern race relations. She served as secretary of children’s work for the Women’s Missionary Society (1910-1920s), and became a member of the executive committee of the Association of Southern Women for the Prevention of Lynching, and was president of the Georgia chapter of the Committee on the Cause and Cure of War in the 1930s. She was appointed as a member of the Presidential Committee on Civil Rights (1946), and served as director of women’s work for the Southern Regional Council. In 1949, she began working for the Fellowship of the Concerned, fighting for racial justice, and against segregation

1905 – Albert Einstein sends an article “On the Electrodynamics of Moving Bodies,” in which he introduces special relativity, for publication in Annalen der Physik 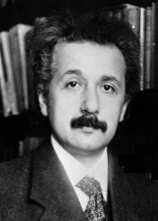 1912 – María Luisa Dehesa Gómez Farías born, Mexican architect who worked for almost 50 years for the Public Works Department in the Federal District of Mexico City, primarily designing housing, both single-family and apartment buildings; the first Mexican woman to graduate with a degree in architecture; joint winner with Mexico’s first woman civil engineer, Concepción Mendizábal Mendoza, of the Ruth Rivera Prize for their contributions to the city 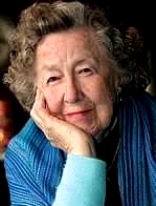 1914 – Mohandas Gandhi sends General Jan Smuts a gift – a pair of sandals he made while serving a prison sentence for campaigning for Indian rights in South Africa; in July, Gandhi and his wife set sail for England, his campaign successfully completed

1917 – Lena Horne born, singer. actress, civil rights activist, first African American woman to sign long-term Hollywood contract, fought for contractual guarantees that African Americans could attend her shows, Worked with Eleanor Roosevelt for passage of anti-lynching laws. During WWII, U.S. Army refused to allow integrated audiences, so she appeared before a mixed audience of black U.S. soldiers and white German POWs. Seeing black soldiers had been seated in the back rows, she walked off the stage to where the black troops were seated and performed with the Germans behind her. Blacklisted in 1950s for her affiliations with “communist-backed” groups. She was at an NAACP rally with Medgar Evers in Jackson, Mississippi, just days before Evers was assassinated. She spoke and performed on behalf of the NAACP, and the National Council of Negro Women

1918 – Prominent US Socialist and Pacifist Eugene V. Debs is arrested on charges of denouncing the government, a violation of the Espionage Act of 1917 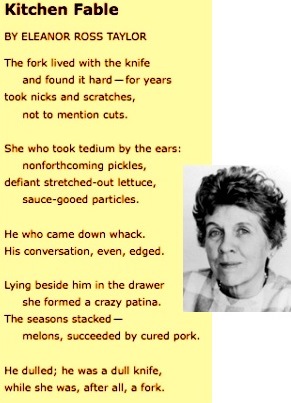 1933 – Joan Murrell Owens born, African-American marine biologist, noted for her research on corals at the Smithsonian Institution; before getting her doctorate in marine biology, she designed programs for teaching English to educationally disadvantaged students, which was a model for the Upward Bound program of the U.S. Department of Education

1934 – The Night of the Long Knives: Adolf Hitler violently purges his political rivals in extrajudicial executions which give him an absolute hold on power in Germany

1940 – Patricia “Pat” Schroeder born, American politician, first woman to represent Colorado in U.S. House of Representatives, serving 12 terms. First woman to serve on the House Armed Services Committee. A tireless advocate on work-family issues, she was a prime mover behind the Family and Medical Leave Act of 1993 and the 1985 Military Family Act

1943 – Florence Ballard born, American singer and recording artist, founding member of The Supremes, inducted into the Rock and Roll Hall of Fame posthumously 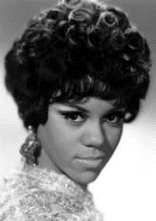 1953 – The first Chevrolet Corvette rolls off the assembly line in Flint, Michigan 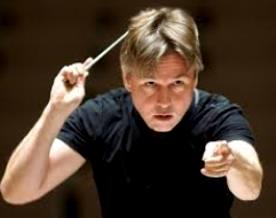 1959 – Sandip Verma born in India, Baroness Verma, Indian-English politician, Conservative life peer of the UK House of Lords since 2006; Parliamentary Under-Secretary of State for International Development (2015-2016), and current Ministerial Champion for tackling Violence Against Women & Girls Overseas, since 2015; prior to that, she was a Government Whip and Spokesperson for the Cabinet Office, International Development and Equalities and Women’s Issues. She chairs UN Women UK.

1966 – The National Organization for Women, which will become the largest U.S. feminist organization, begins organizing immediately, led by Betty Friedan, Shirley Chisholm, Pauli Murray, Gloria Steinem and 16 other women who had met the night before in Friedan’s hotel room

1967 – Victoria Kaspi born in the U.S., American-Canadian astrophysicist whose research primarily concerns neutron stars and pulsars; Professor of Astrophysics at McGill University since 1999; Fellow of the Canadian Institute of Advanced Research; in 2016, she became the first woman to be honored with the Gerhard Herzberg Canada Gold Medal for Science and Engineering, and also appointed as a companion of the Order of Canada 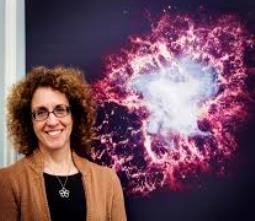 1971 – The 26th Amendment to the Constitution, which lowers the minimum voting age to 18, is ratified as Ohio becomes the 38th state to approve it

1971 – In New York Times Co. v. United States, the U.S. Supreme Court, in a 6-3 decision, rules The New York Times and The Washington Post may resume immediate publication of articles based on the secret Pentagon Papers about origins of the Vietnam War

1986 – U.S. Supreme Court rules in Bowers v. Hardwick that states can outlaw homosexual acts between consenting adults; the Supreme Court explicitly overturns Bowers in 2003 in its decision in Lawrence v. Texas, that adult consensual sexual intimacy in one’s home is a vital interest in liberty and privacy protected by the Due Process Clause of the 14th Amendment

1992 – UN Secretary-General Boutros Boutros-Ghali meets with African National Congress (ANC) President Nelson Mandela in Dakar. They discussed possible involvement of the international community in investigating violence in South Africa and convening of the Security Council on this issue

1996 – Bahia Bakari born, French survivor of the 2009 crash of Yemenia Flight 626, in which the other 152 people onboard were killed, including  Bakari’s mother. She could barely swim, and had no life vest, but clung to a piece of aircraft wreckage for over nine hours in heavy seas, most of it in pitch darkness, before being rescued. Bakari was hailed as “the miracle girl” in the French press, and was rushed by a French government jet to Paris. At the hospital, she spent three weeks recovering from treatment and surgery for a fractured pelvis and collarbone, burns to her knees, cuts, bruises and exhaustion.  In 2010, she was the co-author with French journalist Omar Guendouz of the story of her ordeal, Moi Bahia, la miraculée (I’m Bahia, the miracle girl) 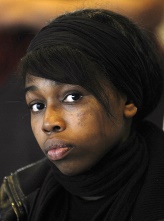 2013 –  Protests begin around Egypt against President Mohamed Morsi and the ruling Freedom and Justice Party, sparking their overthrow by a coup d’état in July led by Egyptian army chief General Abdel Fattah el-Sisi

2019 – German Captain Carola Rackete, of the Sea-Watch 3, risked going to jail for forcing her way into the Italian port of Lampedusa with 40 immigrants crowded aboard. The Sea-Watch 3, which is sponsored by an NGO, had rescued the migrants off the coast of Libya 17 days earlier. They were finally allowed to disembark at Lampedusa and taken to a reception centre as they prepared to travel to either France, whose interior ministry said it would take in 10 of them, or to Germany, Finland, Luxembourg or Portugal. The Italian coastguard seized the rescue boat, anchoring it just off the coast. Rackete, who was placed under house arrest, had to appear before a judge in the Sicilian town of Agrigento to answer charges of abetting illegal immigration and forcing her way past a military vessel that tried to block the Sea-Watch 3. The latter crime is punishable by three to 10 years in jail. Her arrest prompted a fundraising appeal launched by two prominent German TV stars, which raised over €350,000 (£314,000). Rackete became a hero to the Italian left-wing for challenging the “closed-ports” policy of the far-right Interior Minister Matteo Salvini, who tweeted, “Mission accomplished. Law-breaking captain arrested. Pirate ship seized, maximum fine for foreign NGO.” Rackete said, “I didn’t have the right to obey. They were asking me to take them [the migrants] back to Libya. From a legal standpoint, these were people fleeing a country at war [and] the law bars you from taking them back there.” Rackete was released from house arrest July 2 after a court ruling that she had broken no laws and acted to protect her passengers’ safety

Captain Carola Rackete, and the Sea-Watch 3

Nona Blyth Cloud has lived and worked in the Los Angeles area for the past 50 years, spending much of that time commuting on the 405 Freeway. After Hollywood failed to appreciate her genius for acting and directing, she began a second career managing non-profits, from which she has retired. Nona has now resumed writing whatever comes into her head, instead of reports and pleas for funding. She lives in a small house overrun by books with her wonderful husband.
View all posts by wordcloud9 →
This entry was posted in History, Holidays, On This Day and tagged Albert Einstein, Assia Djebar, Eugene V. Debs, Harold Laski, Joan Murrell Owens, Lena Horne. Bookmark the permalink.