A Poem for I Forgot Day

Billy Collins (March 22, 1941 – ) dubbed “the most popular poet in America” by Bruce Weber in the New York Times, was a two-term U.S. Poet Laureate (2001-2003), and has published many poetry collections, including Questions About Angels, The Art of Drowning and Nine Horses: Poems. It was Questions About Angels, published in 1991, that put him in the literary spotlight. Collins says his poetry is “suburban, it’s domestic, it’s middle class, and it’s sort of unashamedly that.”

The name of the author is the first to go
followed obediently by the title, the plot,
the heartbreaking conclusion, the entire novel
which suddenly becomes one you have never read,
never even heard of,

as if, one by one, the memories you used to harbor
decided to retire to the southern hemisphere of the brain,
to a little fishing village where there are no phones.

Long ago you kissed the names of the nine Muses goodbye
and watched the quadratic equation pack its bag,
and even now as you memorize the order of the planets,

something else is slipping away, a state flower perhaps,
the address of an uncle, the capital of Paraguay.

Whatever it is you are struggling to remember
it is not poised on the tip of your tongue,
not even lurking in some obscure corner of your spleen.

It has floated away down a dark mythological river
whose name begins with an L as far as you can recall,
well on your own way to oblivion where you will join those
who have even forgotten how to swim and how to ride a bicycle.

No wonder you rise in the middle of the night
to look up the date of a famous battle in a book on war.
No wonder the moon in the window seems to have drifted
out of a love poem that you used to know by heart. 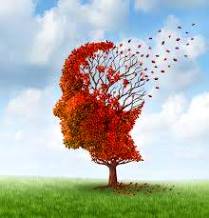 “Forgetfulness” from Questions About Angels, © 1999 by Billy Collins – University of Pittsburgh Press

Nona Blyth Cloud has lived and worked in the Los Angeles area for over 50 years, spending much of that time commuting on the 405 Freeway. After Hollywood failed to appreciate her genius for acting and directing, she began a second career managing non-profits, from which she has retired. Nona has now resumed writing whatever comes into her head, instead of reports and pleas for funding. She lives in a small house overrun by books with her wonderful husband.
View all posts by wordcloud9 →
This entry was posted in Poetry and tagged A Poem for I Forgot Day, Billy Collins, Forgetfulness, I Forgot Day. Bookmark the permalink.
Loading Comments...
%d bloggers like this: