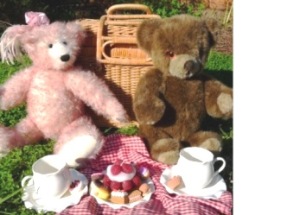 48 BC – Battle of Dyrrachium: during Julius Caesar’s Civil War, Caesar’ siege of  Pompey’s stronghold at Dyrrachium on the Ionian Sea put both armies in difficult positions. Pompey was running out of fodder for his horses, and his fresh water supply was running out, but Caesar was short of food because Pompey has stripped the surrounding land. But if Caesar held his position until the autumn harvest, he would be able to prolong his siege. Pompey launched an attack, and his legions heavily outnumbered Caesar’s, forcing Caesar to end the siege and retreat. Pompey had won a temporary victory, but the tide would turn at the Battle of Pharsalus in August

645 – Nakatomi no Kamatari, Prince Naka no Ōe and others eliminate the main branch of the Soga clan, beginning with the assassination of Soga no Iruka at a court ceremony in the presence of Empress Kōgyoku, a profanation so shocking she renounces the throne, ceding it to her brother, Prince Karu

988 – The Norse King Glúniairn recognizes Máel Sechnaill mac Domnaill, High King of Ireland, and agrees to pay taxes and accept Brehon Law; considered to be the founding of the city of Dublin

1519 –  Zhu Chenhao declares the Ming dynasty’s Zhengde Emperor a usurper, beginning the Prince of Ning rebellion, and leads his army north in an attempt to capture Nanjing

1553 – Lady Jane Grey, nominated by dying boy king Edward VI in his will in preference to his Catholic half-sister Mary, begins her nine day reign as Queen of England

1645 – First English Civil War: the Parliamentarian army under the Earl of Essex destroys the last Royalist field army at the Battle of Langford (south of the port of Bristol), giving Parliament control of the West of England

1724 – Eva Ekeblad born, Swedish countess, salon host, agronomist and scientist; known for discovering a method to make flour and alcohol from potatoes, transforming potatoes from an exotic food grown only in the greenhouses of the aristocracy to a staple food of Sweden, significantly reducing the country’s incidence of famine; first woman to become a member of the Royal Swedish Academy of Sciences in 1748

1789 – In Canada, Scottish explorer Alexander Mackenzie sets out by canoe on the river which will be renamed in his honor, following it to its mouth seeking a Northwest Passage to the Pacific Ocean, but reaches the Arctic Ocean instead

1821 – The U.S. takes possession of Florida after buying it from Spain

1875 – Mary McLeod Bethune born to former slaves, American educator and civil rights leader; Literary and Industrial Training School for Negro Girls founder (which becomes Bethune-Cookman University); president (1917-1925) of the Florida chapter of the National Association of Colored Women, and registered black voters inspite of threats from the Ku Klux Klan, and became NACW national president in 1924. During her tenure, NACW became the first black-controlled organization to have headquarters in Washington DC. In 1935, she founded the National Council of Negro Women, and became a full-time staff member of the National Youth Administration in 1936, then   Director of the NYA’s Division of Negro Affairs in 1938, and was an advisor to President Franklin Roosevelt and Eleanor Roosevelt

1882 – Texas Governor Jim Hogg named his new-born daughter Ima; in spite of this handicap, she became a leader of Texas society, well-known and respected as a philanthropist and patron of the arts. She established and managed the Houston Symphony Orchestra, and was president of the Symphony Society; founded the Houston Child Guidence Center; the Hogg Foundation for Mental Health; and sat on the Houston School Board, where she worked to remove gender and race criteria from teacher and staff pay, and started art education programs for black students 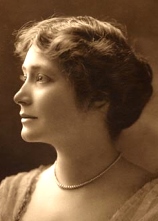 1884 –  Harriet Wiseman Elliott born, American educator and public official, Dean of Women at the University of North Carolina at Greensboro; Chair of the Woman’s Division of the U.S. War Finance Committee, Deputy Director of the U.S. Office of Price Administration, and United States delegate to UNESCO

1891 – Edith Hinkley Quimby born, American medical researcher and physicist, pioneer in nuclear medicine; developed diagnostic and therapeutic applications of X-rays, and instituted protections for both the technicians and the patients from overexposure to radioactive materials, assuring the use of the lowest dose possible to achieve results; in 1940, she was the first woman honored with the Janeway Medal by the American Radium Society; awarded the 1941 Gold Medal of the Radiological Society of North America; she was also one of the first members of the American Association of Physicists in Medicine

1896 – Thérèse Casgrain born, Canadian feminist, reformer and politician, leader in the women’s suffrage movement as a founder of the Provincial Franchise Committee for the emancipation of women, hosted the radio show Fémina in the 1930s;  the first woman to lead a political party in Canada, the Co-operative Commonwealth Federation (CCF), ancestor of the current New Democratic Party

1905 – Mildred Wirt Benson born, American journalist and author of 23 of the 30 original Nancy Drew mysteries (series was written by various authors but all books were published under “Carolyn Keene”)

1906 – Jorge Icaza born, Ecuadorian novelist and playwright; best known for his novel Huasipungo, about the exploitation of Ecuador’s indigenous peoples

1921 – Eunice Kennedy Shriver born, American activist, founder of Camp Shriver which evolved into the Special Olympics, long time advocate for children with disabilities, recipient of many awards and honors including the Presidential Medal of Freedom 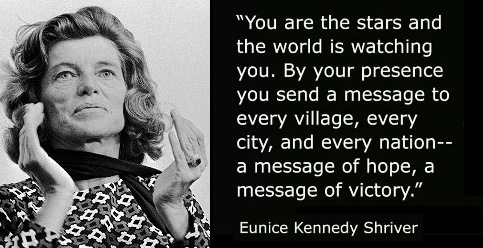 1925 – Silence Day * – Zoroastrian spiritual master Meher Baba, who had proclaimed he was an Avatar (God in human form), at the age of 31, begins his 44 years of silence, communicating with by pointing at letters on a board, and hand gestures

1929 – Winnie Ewing, Scottish lawyer and politician; served as a Member of the UK Parliament, the European Parliament; reconvened and served in the Scottish Parliament

1930 – Janette Sherman born, American physician, toxicologist, author, and activist. She researched pesticides, nuclear radiation, birth defects, breast cancer, and illnesses caused by toxins in homes, and was a pioneer in the field of occupational and environmental health. Sherman was an expert witness or consultant in 5,000 workers’ compensation cases about deadly chemicals, contaminated water, and toxic pesticides. In the 1970s, during her practice of internal medicine in Detroit, she recognized common profiles in patients that became the basis of clinical research, and a campaign   and lawsuits over the occupational source of illnesses among her patients in the automobile industry, leading to development of regulations for greater protection of the workers, and the banning of certain chemicals from the workplace. Among the largest collections of medical-legal files in the U.S., her records are preserved at the National Library of Medicine at the National Institutes of Health in Bethesda, Maryland. She was an oncology professor at Wayne State University. Author of Chemical Exposure and Disease: Diagnostic and Investigative Techniques (1988); Life’s Delicate Balance: Causes and Prevention of Breast Cancer (2000); and is the editor of Chernobyl: Consequences of the Catastrophe for People and the Environment (2007). 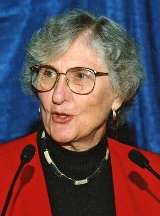 1931 – Alice Munro born, Canadian author, known for her short stories, recipient of many awards and honors including Canada’s Governor General’s Award, the Man Booker International Prize and the 2013 Nobel Prize for Literature 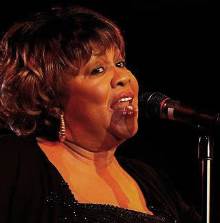 1940 – WWII: the 114-day Battle of Britain begins as the Nazi Luftwaffe attacks southern England by air

1943 –Arthur Ashe born, American tennis professional who won three Grand Slam titles; first African American player on the U.S. Davis Cup team; after he contracted AIDS from a blood transfusion, he publicly announced his illness in 1992, and became an advocate for AIDS research and educating the public; he died from AIDS-related pneumonia at age 49 in 1993

1947 – Muhammad Ali Jinnah is recommended as the first Governor-General of modern Pakistan by the British Prime Minister, Clement Attlee

1949 – Anna Czerwińska born, Polish mountaineer and author; she is the first Polish woman to reach the Seven Summits, and at age 50, she became the oldest woman to reach the summit of Mount Everest. She and Krystyna Palmowska were the first women to climb the North Face of the Matterhorn

1959 – Ellen Kuras born, American cinematographer and filmmaker; one of the first women members of the American Society of Cinematographers; known for her cinematography work on Eternal Sunshine of the Spotless Mind, and her directorial debut, The Betrayal, which won a Primetime Emmy Award for Non-Fiction Filmmaking, and was nominated for a 2009 Oscar for Best Documentary Feature

1965 – Wilson Pickett’s “In The Midnight Hour” is released 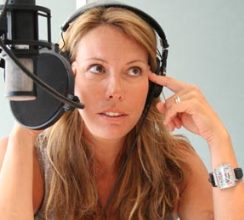 1967 – Gillian Tett born, British journalist and finance columnist for the Financial Times, one of the first to warn that a financial crisis was looming in 2007 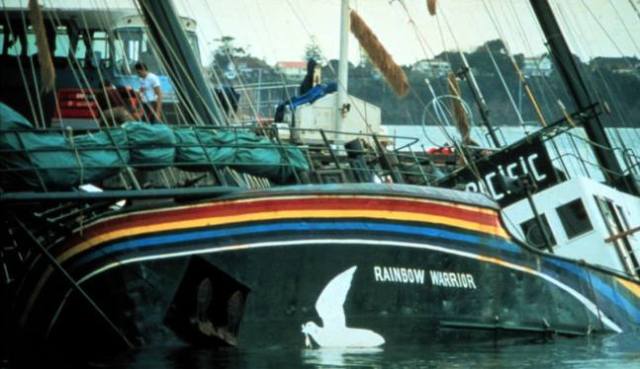 1985 – Coca-Cola Co., inundated by irate protests from customers after the introduction of New Coke, said it would resume selling its old formula

2002 – Peter Paul Rubens’ Massacre of the Innocents auctions for $76.2 million 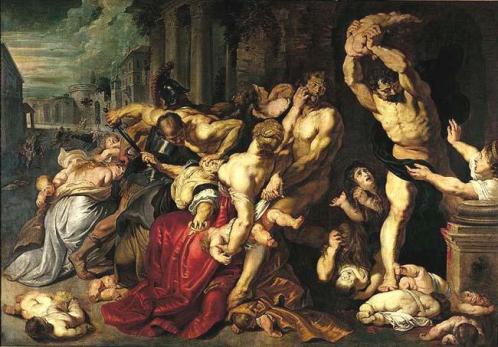 2017 – Iraqi Civil War: Mosul is liberated from the Islamic State of Iraq and
the Levant 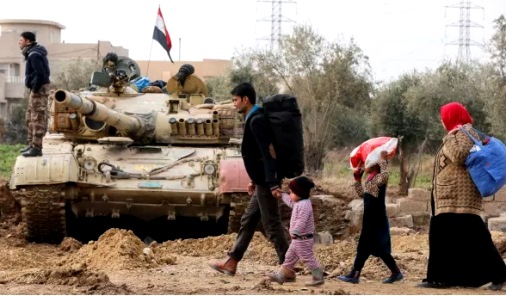 2018 – The British Information Commissioner’s Office has imposed its maximum fine against Facebook for allowing political consulting firm Cambridge Analytica, which worked on Donald Trump’s presidential campaign, to mine data on millions of people without their consent. Even after Facebook discovered in 2015 that the data was being misused, it failed to suspend the SCL Group, Cambridge Analytica’s parent company, until three years later. The fine of £500,000 (roughly $645,000 USD) is a pittance to a giant company like Facebook, which hauls in billions of dollars in revenue every year, but it marks the first financial penalty against the social media company since the Cambridge Analytica scandal broke. The British agency, which enforces the country’s data-protection laws, is investigating all misuse of personal data by political campaigns since May 2017. The revelations surrounding the improper collection of data on up to 87 million Facebook users by Cambridge Analytica focused greater attention on the investigation. As of February 2019, Facebook was still under investigation in the U.S. by the Federal Trade Commission

2019 – Donald Trump’s Fourth of July celebration exhausted Washington’s special security fund, which is used to prevent terrorist threats on the nation’s capital and protect people at rallies, state funerals, and other events. The celebration cost Washington, D.C., $1.7 million, in addition to what the police spent staffing the demonstrations held over the weekend. D.C. Mayor Muriel Bowser (D) wrote Trump saying that the fund is now empty and running a deficit estimated at $6 million for the current fiscal year. Bowser also said the security account was never reimbursed $7.3 million to cover costs incurred during Trump’s 2017 inauguration. Bowser asked for the White House to pay back the money so local tax dollars wouldn’t be used for security at federal events

2019 – The Democratic majority House passed a bill seeking to remove wording in a U.S. law that describes a president as male. The bill, dubbed the “21st Century President Act,” would change a federal law that makes it a crime to threaten the president and first family. The law defines the president as male and the president’s spouse as female. The new bill would replace references to the president’s “wife” and “widow” to “spouse” and “surviving spouse.” Representative Mark Pocan (Democrat-Wisconsin), an openly gay congressman who is co-chair of the Congressional Progressive Caucus, said the new wording was necessary to reflect modern reality. “Currently federal law does not reflect the reality we could have a female or a gay president as soon as 2021,” Pocan said

Nona Blyth Cloud has lived and worked in the Los Angeles area for the past 50 years, spending much of that time commuting on the 405 Freeway. After Hollywood failed to appreciate her genius for acting and directing, she began a second career managing non-profits, from which she has retired. Nona has now resumed writing whatever comes into her head, instead of reports and pleas for funding. She lives in a small house overrun by books with her wonderful husband.
View all posts by wordcloud9 →
This entry was posted in History, Holidays, On This Day and tagged Arthur Ashe, Edmund Clerihew Bentley, Eva Ekeblad, Janette Sherman, Mary McLeod Bethune, Mavis Staples, Nikola Tesla. Bookmark the permalink.
Loading Comments...
%d bloggers like this: