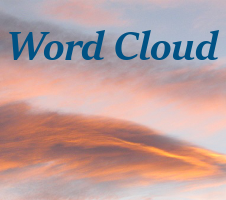 Edward Clerihew Bentley (1875-1956) was born on July 10th in London, England. In his youth, he was educated at London’s prestigious St Paul’s School. Gilbert Keith (G. K.) Chesterton was a fellow student, and became his best friend.

When Bentley was 16 years old, he started to write short descriptive verses about people he knew, or famous people he had read about. Chesterton took up the hobby too and the rhymes were often accompanied by his sketches.

These little poems became known as Clerihews. What makes it a Clerihew?

They’re perfect poems for summer, like a basket of berries – small but juicy.

This is the first known Clerihew:

Sir Humphry Davy
Abominated gravy.
He lived in the odium
Of having discovered sodium.

What Sir Humphry Davy did was discover how to isolate substances, such as sodium, when they are in combination with other substances, like calcium or magnesium, which led him to invent an entire new scientific field: electrochemistry. But this ur-Clerihew is still a remarkably sophisticated poem for a 16-year-old.

There are dozens of examples – and not just from Bentley. A Midwestern branch of the American Chesterton Society holds an Annual Midwest Clerihew Contest. But today, let’s take a look at some Clerihews from their originator.

“I quite realised” said Columbus,
“That the Earth was not a rhombus
But I am a little annoyed
To find it an oblate spheroid” 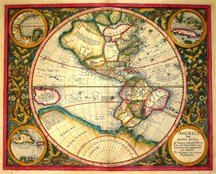 Lewis Carroll
Bought sumptuous apparel
And built an enormous palace
Out of the profits of Alice.

Henry the First
Ate lampreys till he burst.
His unfortunate decease
Simply ruined the Norman peace.

Henry I of England died from overindulgence in his favourite meal, lampreys. They are a very ancient lineage of jawless fish.  His death led to a bloody power struggle that destroyed the peace imposed after the Norman Conquest of 1066.

Sir Christopher Wren
Said, “I am going to dine with some men.
If anyone calls
Say I am designing St. Paul’s.

John Stuart Mill,
By a mighty effort of will,
Overcame his natural bonhomie
And wrote Principles of Political Economy

George the Third
Ought never to have occurred.
One can only wonder
At so grotesque a blunder.

Edward the Confessor
Slept under the dresser.
When that began to pall,
He slept in the hall.

It was a rule of Leonardo da Vinci’s
Not to put his trust in princes.
Pleading was of no avail;
They had to pay up on the nail. 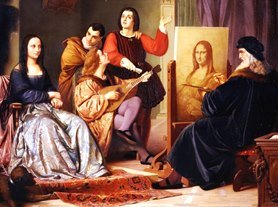 Sir Herbert Beerbohm Tree
Would never accept any fee
For singing The wearing of the Green,
Accompanying himself on the tambourine.

When their lordships asked Bacon
How many bribes he had taken
He had at least the grace
To get very red in the face.

Alexander of Macedon
Became gloomy and taciturn
When they told him at the ‘Blue Lion’
That he couldn’t have any more Chian.

Brigham Young
Was exceptionally highly-strung.
He always used a chopper
When a Mormon said anything improper.

It was rather disconcerting for Hannibal
When he was introduced to a cannibal
Who expressed the very highest opinion
Of cold pickled Carthaginian. 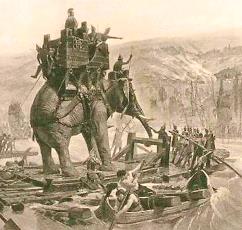 I regard Zinghis Khan
As rather an over-rated man.
What, after all, could be easier
Than conquering from the Pacific to Silesia?

I believe it was admitted by Scott
That some of his novels were rot.
How different was he from Lytton
Who admired everything he had written!

The one thing Cleopatra
Never could abide was a flatterer.
When Anthony compared her to Thais
She knocked him right off the dais.

Edgar Allen Poe
Was passionately fond of roe.
He always liked to chew some
When writing anything gruesome.

No doubt the poet Gray
Was all very well in his way,
But he couldn’t write a song
like ‘Now We Shan’t Be Long.’

E.C. Bentley continued his education at Merton College Oxford, then studied law in London, but soon switched to journalism, in which he continued for most of his life. As a writer he is chiefly remembered for his mystery stories, especially Trent’s Last Case (1913), widely regarded as the first “modern” detective novel.

Bentley wrote the book out of exasperation with the infallibility of Sherlock Holmes, and the heroes of many imitators who followed Conan Doyle. In Trent’s Last Case, gentleman detective Peter Trent not only falls in love with one of the primary suspects, but after painstakingly collecting all the evidence, he draws all the wrong conclusions.

E.C. Bentley may be the only author credited with starting two literary forms, one in poetry and the other in genre fiction.

Nona Blyth Cloud has lived and worked in the Los Angeles area for the past 50 years, spending much of that time commuting on the 405 Freeway. After Hollywood failed to appreciate her genius for acting and directing, she began a second career managing non-profits, from which she has retired. Nona has now resumed writing whatever comes into her head, instead of reports and pleas for funding. She lives in a small house overrun by books with her wonderful husband.
View all posts by wordcloud9 →
This entry was posted in Poetry, Word Cloud and tagged Clerihew, E.C. Bentley, Edward Clerihew Bentley, G.K. Chesterton, London, Sir Humphry Davy, Summerfare. Bookmark the permalink.