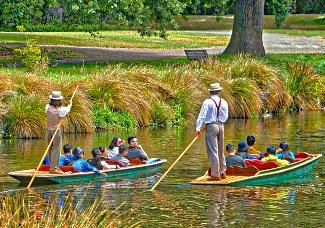 1298 – Edward I’s longbowmen defeat William Wallace’s Scottish schiltrons at Falkirk. A schiltron is a compact body of troops forming a shield wall or phalanx – the term is most often associated with Scottish pike formations during the Wars of Scottish Independence in the late 13th and early 14th centuries. The English longbowmen could shoot accurately at a distance of 360 yd (328 m), well out of range of the Scots’ pikes

1476 – Zhu Youyuan born, fourth son of the Chenghua Emperor, he reigned as Prince of Xing over a fief in what is now central Hubel Province from 1487-1519. His son became the Jiajing Emperor

1499 – The Old Swiss Confederacy decisively defeats the army of Maximilian I, Holy Roman Emperor at the Battle of Dornach, the last armed conflict between the Swiss and the Holy Roman Empire, ending an imperial ban against the Swiss cantons

1706 – England and Scotland Acts of Union agreed, the beginning of Great Britain

Parisian postcard showing the Panthéon, circa 1900

1793 – Scottish explorer Alexander Mackenzie’s expedition becomes the first recorded group of people to complete a transcontinental crossing of North America – He writes a message on a rock on the Dean Channel: “Alex MacKenzie / from Canada / by land / 22d July 1793”

1796 – Cleveland is founded by General Moses Cleaveland, but gets misspelled

1844 – William Archibald Spooner born, Oxford don who reputedly muddled sentences, i.e. “”You have hissed all my mystery lectures” instead of “You have missed all my history lectures”- Spoonerism is derived from his name – Spoonerism Day *

1849 – Emma Lazarus born, poet famous for “The New Colossus,” the poem inscribed on a plaque in the base of the Statue of Liberty

1881 – Augusta Fox Bronner born, American psychologist, specialist in juvenile psychology; assistant director of the Psychopahtic Clinic of the Juvenile Court (1914-1917); beginning in 1917, at the Judge Baker Foundation of Boston, a child guidance clinic attached to Boston juvenile court, Bronner handled most of the psychological examinations, first as assistant director, and from 1930 on as co-director; co-author with William Healy of the influential Manual of Individual Mental Tests and Testing, a comprehensive guide to assessing a patient’s mental state, published in 1927; Bronner and Healy developed a team approach to help psychologists, physicians and social workers coordinate their treatment of patients; Bronner was president of the American Orthopsychiatric Association in 1932

1890 – Rose Fitzgerald Kennedy born, American philanthropist, socialite, and married to Joseph Kennedy Sr., who served as U.S. Ambassador to the UK (1938-1940), and she was the mother of nine children, including  John F. Kennedy, Robert F. Kennedy, Ted Kennedy, and Eunice Kennedy Shriver, founder of the Special Olympics. Rose Kennedy was involved with many charities and women’s civic groups. In her autobiography, Times to Remember, she said she looked on child rearing as “a profession that was fully as interesting and challenging as any honorable profession in the world and one that demanded the best I could bring to it . . .”

1894 – Oskar Maria Graf born, German novelist and poet; a socialist in the German labor movement; Nazi Germany banned his books and revoked his citizenship in 1934; emigrated to the U.S. in 1938, and became an American citizen

1901 – Charles Weidman, American modern dance pioneer and choreographer;  partnered early in his dance career with Martha Graham and Doris Humphrey; co-founder of the Humphrey-Weidman Company, when Humphrey retired, he created the Weidman School of Modern Dance and the Charles Weidman Theatre Dance Company

1909 – Licia Albanese born in Italy, Italian-American lyric soprano, noted for her portrayals of Verdi and Puccini heroines, particularly Madama Butterfly and Violetta in La Traviata. She was a leading artist at the Metropolitan Opera (1940-1966) and at the San Francisoc Opera (1941-1961). When she was 78 years old, she appeared in a stage revival of the musical Follies in 1987. Albanese lived to the age of 105, and died in New York City in August, 2014

1910 – Ruthie Tompson born, American animator; noted for her work on the Walt Disney animated classics Sleeping Beauty, Pinocchio, Dumbo, and Fantasia; one of the first three women to be admitted to the International Photographers Union; she retired from Disney in 1975, after working there for almost 40; she is the oldest member of Women in Animation

1915 – Shaista Suhrawardy Ikramullah born, Pakistani politician, diplomat and author; first Muslim woman to earn a PhD from the University of London. She was a leader in the Muslim women Student’s Federation and the Women’s Sib-Committee of the All-India Muslim League. She was one of two women representatives at the first Constituent Assembly of Pakistan in 1947, and was a delegate to the United Nations, working on the Universal Declaration of Human Rights (1948) and the Convention Against Genocide (1951). She was Pakistan’s Ambassador to Morocco (1964-1967), and also wrote works in both Urdu and English, including Behind the Veil: Ceremonies, Customs and Colour and her autobiography, From Purdah to Parliament

1936 – Geraldine Claudette Darden born, American mathematician, the 14thAfrican American woman to earn a PhD in mathematics, from Syracuse University in 1967; co-author of papers on pre-calculus

1940 – Judith Walzer Leavitt born, American historian, professor of history of medicine, history of science and women’s history; author of books on the history of childbirth in America, and public health in Milwaukee; member of the American Association for the History of Medicine, and of the American Academy of Arts and Sciences

1954 – Ingrid Daubechies born, Belgian physicist (doctorates in quantum mechanics and theoretical physics) and mathematician; Professor of Mathematics at Duke University since  20011; Professor of Applied Mathematics at Princeton (2004-2011), the first woman to be a full professor of mathematics at Princeton; first woman president of the International Mathematical Union (2011-2014); known for her work on wavelets in image compression, the orthogonal Daubechies wavelet is named for her,and digital signal processing. Among other applications, she used these two fields to unequivocally identify forged Van Goghs; recipient of the 1994 American Mathematical Society Steele Prize for Exposition for her book Ten Lectures on Wavelets, and the 1997 AMS Ruth Lyttle Satter Prize; member of the U.S. National Academy of Sciences since 1998, and has received numerous other awards and honors

1967 – Lauren Booth born, English broadcaster, journalist, anti-war activist and supporter of Palestinian rights; she began her writing career in 1997 at the London Evening Standard, writing the column ‘About Town,’ then moved to the New Statesman (1999-2002) and The Mail on Sunday, which sent her to report on the 2005 Palestinian elections; she was a presenter on In Focus at the UK’s Islam Channel (2006-2008), and started Between the Headlines at the Iranian-owned Press TV in 2008; senior producer at Al Jazeera in Doha, Qatar, since 2014

1973 – Ece Temelkuran born, Turkish journalist and author; columnist for the Istanbul daily newspaper  Milliyet (2000-2009) and the Ciner Media Group’s newspaper Habertürk (2009-2012) and as a presenter on CMG’s Habertürk TV (2010-2012), which fired her because of her criticism of the Turkish government, especially after the December 2011 Uludere massacre of local villagers smuggling cigarettes on the Turkish border. She had been called Turkey’s “most read political columnist” and her work was been republished in The Guardian and Le Monde Diplomatique; she has published 12 books, including the non-fiction Turkey: The Insane and the Melancholy, and the novels, Muz Sesleri (Banana Sounds) and The Time of Mute Swans; awarded the 2008 Ayşe Zarakolu Freedom of Thought Award by the Human Rights Association of Turkey 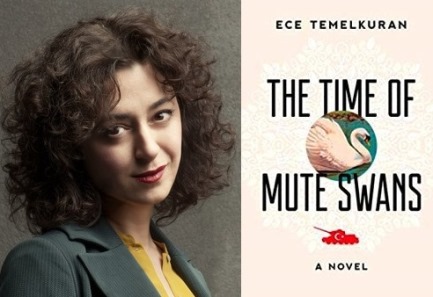 1983 – After 19 months, Polish Prime Minister Wojciech Jaruzelski lifts martial law which he imposed to silence growing political opposition from Solidarity and other pro-democracy groups; national borders sealed, airline flights curtailed, telephone lines disconnected, school and university classes suspended, mail and all media censored, a six-day work week ordered and strict curfew imposed. These harsh restrictions lead to an economic crisis, with rapidly rising prices, rationing of most products and foods, and an exodus of 700,000 Poles to the West

2006 – Israeli tanks, bulldozers and armored personnel carriers knock down a fence and cross into Lebanon to seize the village of Maroun al-Ras from Hezbollah

2011 – A Norwegian far-right terrorist set off a car bomb in Oslo, then just two hours later, opened fire at a summer camp on the island of Utøya. He killed a total of 77 people, and injured 319 more people, dozens of them seriously. The attacks were the deadliest in Norway since WWII

2015 – Radiocarbon analysis of two parchment pages of texts from the Qur’an in the University of Birmingham Cadbury Research Library collection dates them between AD568 and AD645. Muhammad is thought to have lived between AD570 and AD632

2017 – The installation of metal detectors and CCTV cameras at Jerusalem’s al-Aqsa mosque by Isaeli authorities — the disputed holy site venerated by Jews as the Temple Mount and by Muslims as the Haram al-Sharif — is met by mass protests by Palestinians whom Al Jazeera reports believe the metal detectors may be the first move in an Israeli take-over of the compound. The security measures were added after a July 14 attack in which two Israeli police officers were fatally shot by men who emerged from the compound armed. At least six people have been killed in violence during or in response to the protests. The metal detectors were removed a few days later, but Palestinian protests continued over the cameras remaining in place

Nona Blyth Cloud has lived and worked in the Los Angeles area for the past 50 years, spending much of that time commuting on the 405 Freeway. After Hollywood failed to appreciate her genius for acting and directing, she began a second career managing non-profits, from which she has retired. Nona has now resumed writing whatever comes into her head, instead of reports and pleas for funding. She lives in a small house overrun by books with her wonderful husband.
View all posts by wordcloud9 →
This entry was posted in History, Holidays, On This Day and tagged Alexander Calder, Augusta Fox Bronner, Ece Temelkuran, Edward Hopper, Emma Lazarus, Shaista Suhrawardy Ikramullah, Stephen Vincent Benet. Bookmark the permalink.
Loading Comments...
%d bloggers like this: