The Force of Life

A new poem for the new year. 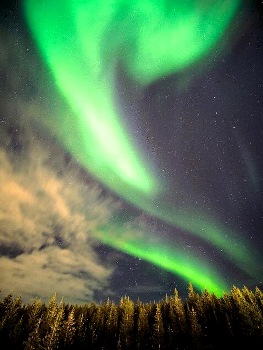 The Force of Life

The cresting and fading of giant, proud waves
The lightning and lava of volcanic eruptions
The midnight sun and green flickering northern lights
The ecosystem and mysteries of hidden caves
The sky paintings of fire rainbows
The cascading, graceful rush of waterfalls
The expanse of an inhospitable barren desert
The slow-motion of flowing glacial ice sheets
The rain forests; called the lungs of the planet.

The bleat of a newborn lamb
The loud laugh of a wild-eyed hyena
The hoot of a solitary night owl
The riveting, fearful roars of majestic lions
The gibber of social, brainy apes
The welcome bark of a family dog
The buzz of frenetic bees
The hiss of a Nile crocodile
The talk of intelligent parrots.

The cosmic heartbeat and destiny
The occupying of place and time
The power of positive purpose
The unconquerable, heroic spirit
The force of one
The immediacy of now
The urgency of yesterday
The promise of tomorrow
The upliftment of mankind
The meaning of life.

Nona Blyth Cloud has lived and worked in the Los Angeles area for over 50 years, spending much of that time commuting on the 405 Freeway. After Hollywood failed to appreciate her genius for acting and directing, she began a second career managing non-profits, from which she has retired. Nona has now resumed writing whatever comes into her head, instead of reports and pleas for funding. She lives in a small house overrun by books with her wonderful husband.
View all posts by wordcloud9 →
This entry was posted in Poetry and tagged Irene Fowler, The Force of Life. Bookmark the permalink.

2 Responses to The Force of Life