The GOP seeks a perfect storm to excite their base by scheduling an opportunity for Open Carry idiots to confront Cleveland protestors outside the secure zone in a surreal 8th grade reenactors’  version of Kent State. And then there’s the paramilitary boondoggle.

You can go to Cleveland again, but 1970s Tom Wolfe has now returned to the land of the Rock & Roll Hall of Fame, god-whistling in the dark, as the Koch-Brothers’ Heartland Institute references his text online.

What better speaker could one have than the silicon libertarian guy who bankrolled the bankruptcy of Gawker — and tonight is Benghazi Night! Will someone yell “fire” during the moment of silence. Or will they yell “ready, aim”.

“What kind of vice president are you going to be?” Lesley Stahl asked Indiana Governor Mike Pence in his first interview with Donald Trump since Trump selected Pence as his presidential running mate.

Trump was the first to answer. “I would like somebody who is active,” says Trump. “I would like somebody that can go out and really do it,” as well as somebody well known in Washington, DC, and well liked by the Republican leadership. And on that score, Trump says he has already gotten important party approval for his choice of Pence. “[Speaker of the House] Paul Ryan called me up immediately and said, ‘What a great choice,'” Trump says. 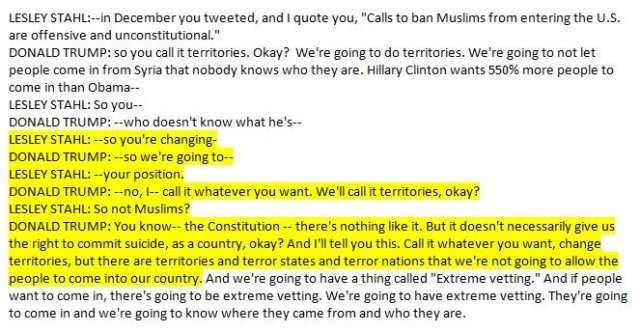 Of course, there were those graduate school years at MIT for Noyce, but that would disrupt the juxtaposition

These people, now revered as the “greatest generation,” built modern California. Wolfe’s essay “Two Young Men Who Went West,” the finest short history of the early Silicon Valley ever written, details the cultural baggage that Intel cofounder Robert Noyce brought with him to California from Grinnell, Iowa, after the war:

Noyce was like a great many bright young men and women from Dissenting Protestant families in the Middle West after the Second World War. They had been raised as Baptists, Methodists, Congregationalists, Presbyterians, United Brethren, whatever. They had been led through the Church door and prodded toward religion, but it had never come alive for them. Sundays made their skulls feel like dried-out husks. So they slowly walked away from the church and silently, without so much as a growl of rebellion, congratulated themselves on their independence of mind and headed into another way of life. Only decades later, in most cases, would they discover how, absentmindedly, inexplicably, they had brought the old ways along for the journey nonetheless. It was as if . . . through some extraordinary mistake . . . they had been sewn into the linings of their coats!