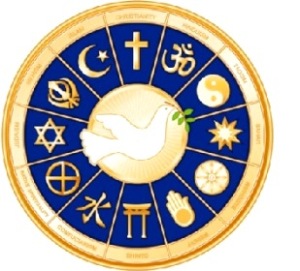 1564 – Christopher Marlowe born, major English dramatist and likely part-time spy for his country (the Privy Council avowed to Cambridge that he had been engaged in unspecified “affaires” on “matters touching the benefit of his country” during a long absence from university)

1577 – Beatrice Cenci born, victim of ongoing incestuous assault by her father Francesco, who beat the rest of the family; she reports him to authorities, but they do nothing, so she, her mother and two brothers plot his murder, but carry it out so ineptly they are quickly arrested, tried, found guilty and all but the youngest son are executed, his entire inheritance going to the Pope’s family while he is condemned to life at forced labor. Beatrice became a heroine to Rome’s common people for her courage in reporting her father, seen as symbol of resistance against an arrogant aristocracy

1649 – Claimant King Charles II of England and Scotland declared King of Great Britain, by Scotland’s Parliament, but not approved by the English or Irish Parliaments

1778 – In Paris, the Treaty of Alliance and the Treaty of Amity and Commerce are signed by the U. S. and France, signaling official recognition of the new republic

1840 – Signing of the Treaty of Waitangi, establishing New Zealand as a British colony

1842 – Mary Rudge, English chess master, first woman accepted as a member of the Bristol Chess Club; winner of the first Women’s International Chess Congress (1897); in a simultaneous display, world champion Emmanuel Lasker concedes his unfinished game against her when he runs out of time because he would have lost against best play; her highest rating: 2146

1843 – The first minstrel show in the U. S., The Virginia Minstrels, opens at the Bowery Amphitheatre in New York City

1900 – The Permanent Court of Arbitration, an international arbitration court at The Hague, is created when the Senate of the Netherlands ratifies an 1899 peace conference decree

1911 – The first old-age home for pioneers opens in Prescott, AZ

1918 – The Representation of the People Act 1918 grants British women over the age of 30 the right to vote if they “were either a member or married to a member of the Local Government Register, a property owner, or a graduate voting in a University constituency.” Because over 700,000 British men were killed in WWI, this meant that the women who qualified under the act became 43% of the electorate

1934 – Far-right leagues rally in front of the Palais Bourbon in an attempted coup against the French Third Republic, creating a political crisis in France

1942 – Thailand, allied with Japan in hopes of expanding their territory into China, had declared war on the U.S. and U.K. on January 25.  The United Kingdom responds by declaring war on Thailand, which is being used by the Japanese as a staging area

1951 – The Canadian Army enters combat in the Korean War

1952 – Elizabeth II becomes queen regnant of the United Kingdom and the Commonwealth upon the death of her father, George VI. At the exact moment of succession, she was in a tree house at the Treetops Hotel in Kenya, but the news of her father’s death did not reach the remote hotel until some time later

1956 – United Nations Security Council Resolution 112, recommending to the General Assembly that the Sudan be admitted as a member nation, is adopted

1971 – NASA Astronaut Alan B. Shepard uses a six-iron that he had brought inside his spacecraft to swing at three golf balls on the surface of the moon

1976 – In testimony before a U.S. Senate subcommittee, Lockheed President Carl Kotchian admits that the company paid out approximately $3 million in bribes to the office of Japanese Prime Minister Kakuei Tanaka

1989 – The Round Table Talks start in Poland, marking the beginning of the overthrow of communism in Eastern Europe

2003 – The first Zero Tolerance to Female Genital Mutilation Day * is sponsored by the United Nations, the World Health Organization (WHO) and the global movement Every Woman, Every Child; Stella Obasanjo, Nigerian First Lady, spokesperson for the campaign, announces the Zero Tolerance effort at the Inter-African Committee (IAC)  Conference on Traditional Practices Affecting the Health of Women and Children

Nona Blyth Cloud has lived and worked in the Los Angeles area for over 50 years, spending much of that time commuting on the 405 Freeway. After Hollywood failed to appreciate her genius for acting and directing, she began a second career managing non-profits, from which she has retired. Nona has now resumed writing whatever comes into her head, instead of reports and pleas for funding. She lives in a small house overrun by books with her wonderful husband.
View all posts by wordcloud9 →
This entry was posted in History, Holidays, On This Day and tagged Aaron Burr, Bob Marley, Christopher Marlowe, Elizabeth II, Henry Irving, Mary Leakey, Tarja Halonen. Bookmark the permalink.