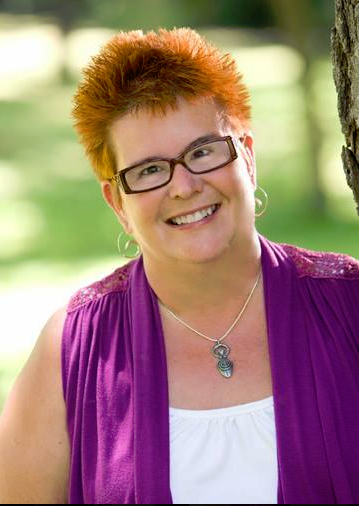 I don’t often do this, but my writing teacher has breast cancer (that’s her photograph above). On October 4th, her husband lost his job because his employer said it was cheaper to pay a bookkeeper than an accountant. The employer knew what this would mean for her. She even called to beg them to keep him on at a lower salary so she could have healthcare. They said no because they didn’t want to “insult him.”

Here’s what she said on the day this went down on her Facebook page:

Which means we only have insurance until the end of the month. Again.
Which means we will not be able to afford insurance, including through the Affordable Care Act. Again.

But this time, it means I will not be able to afford the medication that I’m supposed to be on for the next five to ten years, to keep the cancer from re-occurring.

I will not be able to go in for my future exams, including mammograms.

Basically, I’ve just been killed. I’ve been gunned down – but in a different way. Michael’s workplace just pulled the trigger.

The cost of COBRA insurance from his ex-employer is $1475 per month. It is actually cheaper than what she could get on the exchange in Wisconsin,where the best plan they are eligible for costs “over $1600 a month, with a $6400 deductible.” The cost of her drugs would go from $50 per prescription to $400 under the ACA plan. Of course, they are already in debt for the $5000 deductible under her husband’s old plan. For the rest of this year any new ACA plan would cover nothing, even if the premiums were cheaper, which they are not.

Basically it doesn’t matter, however, as they can’t afford to pay for either as her gofundme page makes clear:

On June 27th, 2017, I was diagnosed with breast cancer. Invasive Ductal Carcinoma, Stage 2, Grade 1. On July 25th, I had a partial mastectomy. In early August, I started taking Letrozole, and will continue to do so for the next five to ten years. The cancer I have is an estrogen-eating one, and so the drug suppresses my estrogen, thus starving the cancer. Then from August 28 to September 25, I underwent radiation. I thought I was finally on the road to recovery.

On October 4th, my husband lost his job. His job provided our insurance. His employer was very aware of my situation, but they were not moved by personal communication with me, asking to please either give my husband his job back, offer him a lower position, or extend our insurance coverage to enough time for him to find another job. They only gave us insurance until the end of October and two weeks of severance.

They can’t mortgage their house any further and they can’t sell it as she runs her writing business, Allwriters Workshop and Workplace out of their home, literally holding classes there, in addition to running their online classes through their home computers. And that business is now her family’s sole livelihood. To make it worse, her teenage daughter has autism, and her her husband suffers from narcolepsy. That disorder makes it difficult to work any job not in his field. Accountants can get away with the occasional “intermittent, uncontrollable episodes of falling asleep during the daytime.” Jobs at the local burger joint, supermarket or Starbucks don’t usually like to hire employees, however, who may fall asleep at anytime during their shift.

Like so many Americans, Kathie and her family now must rely on the kindness of strangers to pay their medical bills. Her situation isn’t unique, though obviously her plight means a lot to me. Millions of people risk losing their homes, their businesses and even their lives when a medical catastrophe happens.

This is America in the 21st century, and it’s barbaric. The wealthy do better and better while the rest of us are one crisis away from losing everything. Just like Kathie and her family.

You should know Kathie Giorgio is a published author and a great teacher. Many of her students have gone on to publish books of fiction, memoirs and poetry because of her. She’s hardworking and fiercely independent, a wonderful mother who’s raised an amazing daughter under trying circumstances, and a woman who loves her husband. She’s many other things, but most of all she’s a fundamentally good human being.

Because America needs universal healthcare, something we could easily afford , and which would save our economy and most Americans a ton of money. All it would take is to simply not spend more on our military than the next eight countries combined.

Until we take that step, too many Americans will continue to risk losing everything, including their lives, until our nation does what every other developed country in the world, and many underdeveloped ones, do for their citizens – provide them universal healthcare as a right. The USA is the richest nation in the world but America will never be “Great” until we stop treating healthcare as a privilege that benefits mostly large corporations and not a right for the benefit of all living, breathing human beings.

Today it’s Kathy Giorgio. Tomorrow it could be any one of us, even you – or me. Surely we can do better than using crowd-sourcing as our fallback position for paying for healthcare. Can’t we?

Father of two adult children, husband for over 30 years, and a retired Attorney due to a rare autoimmune disorder. Love books and movies. Politics: Progressive (but not a fan of either Clinton, neoconservatism or neoliberalism). Current avocation: writing poetry, fiction and political commentary online, under my user name "Steven D."
View all posts by Steven D. Searls →
This entry was posted in Health Care, Health Care Insurance, Uncategorized and tagged HealthcareIsAHumanRight. Bookmark the permalink.