Does everyone really know he’s an idiot

A melange of mercenaries continue to wheel out the orange Moloch idol for the cult of personality as they now do to keep the Trumptanic afloat.

This past week has featured an interesting intersection of the release of the Michael Wolff Fire and Fury book and the transcripts of the Fusion GPS testimony by Glenn Simpson to the Senate Judiciary committee.

Trumpists are feeling the pressure, because Lord Dampnut is decompensating, insulting major continents and populations.

Of all those enablers, Trump’s personal lawyer may be the weakest link in the argument that extortion underlies many of the reasons for #TrumpRussia.

And yet these are all signs of desperation as justice closes in on them.

But most of all, the book confirms what is already widely understood — not just that Trump is entirely unfit for the presidency, but that everyone around him knows it. One thread running through “Fire and Fury” is the way relatives, opportunists and officials try to manipulate and manage the president, and how they often fail. As Wolff wrote in a Hollywood Reporter essay based on the book, over the past year, the people around Trump, “all — 100 percent — came to believe he was incapable of functioning in his job.”www.nytimes.com/…

Maybe, at the moment, people in the Trump orbit feel complacent because a year has passed without any epic disaster, unless you count an estimated 1,000 or so deaths in Puerto Rico, which they probably don’t. There’s an old joke, recently cited by Josh Marshall of Talking Points Memo, that describes where we are right now: A guy falls from a 50-story building. As he flies by the 25th floor, someone asks how it’s going. “So far, so good!” he says.

Eventually, we’ll hit the ground, and assuming America survives, there should be a reckoning to dwarf the defenestration of Harvey Weinstein and his fellow ogres.

Trump, Wolff’s reporting shows, has no executive function, no ability to process information or weigh consequences. Expecting him to act in the country’s interest is like demanding that your cat do the dishes. His enablers have no such excuse.

President Donald Trump touted a long list of personal accomplishments in an interview with The Wall Street Journal on Thursday, adding that he gets a lot of false press and has consistently been “successful at everything [he] ever did.”

“And then people say, ‘Oh, is he a smart person?’” he added. “I’m smarter than all of them put together, but they can’t admit it. They had a bad year.”

Why is Micheal Cohen suing now, a year after buzz feed published the Steele dossier? And, given Feinstein releasing the Fusion GPS testimony today, timing is very strange.

Suing of BuzzFeed by Michael Cohen over the Steele Dossier seems preemptively timed to match the release of Senate Judiciary’s Fusion GPS transcripts.

Those transcripts made the dossier even less questionable and weakened the already weak GOP position attacking the dossier as partisan, aside from the timeline showing Russian involvement preceding the dossier’s inception.

And then a WSJ article comes out…

“In my view, this underscores the fact the real threat, perhaps, to Donald Trump is not so much Vladimir Putin, but Michael Cohen, Donald Trump’s long-time personal attorney,” Fineman answered.

“Who knows what deals Michael Cohen did, to keep things quiet on Donald Trump’s behalf, in the decade that he worked directly for Donald Trump, was his closest adviser really and closest legal confidante,” Fineman observed.

(2015) Michael Cohen, who is one of Trump’s top lawyers, threatened to sue the Daily Beast reporter and ruin the reporter’s life.

“I will make sure that you and I meet one day while we’re in the courthouse. And I will take you for every penny you still don’t have. And I will come after your Daily Beast and everybody else that you possibly know,” Cohen said, according to the Daily Beast. “So I’m warning you, tread very f—ing lightly, because what I’m going to do to you is going to be f—ing disgusting. You understand me?”

It is more interesting because The Wall Street Journal takes the media lead, suggesting perhaps some more conservative interests in promoting the story, perhaps a residual reaction from Wolff’s earlier book on Rupert Murdoch.Correspondingly, Michael Cohen gets jammed up with this WSJ story about his bagman activity for Trump with regards to Stormy Daniel’s hush money prior to the 2016 election.

These threads all go back now to the new Michael Wolff book because it does make clearer the vulnerability of Trump (as idiot) and the GOP (as idiot-enablers) as well as the very peripheral association of some other figures including the WSJ owner, Rupert Murdoch, who had prior experience with Wolff.

One of the baffling things about Trumpworld giving access to Wolff: all they needed to do was call Murdoch and he would have said donÃ¢ÂÂt cooperate b/c Wolff had written nasty book on him. And Jared/Trump speak to Murdoch all the time!

More interesting is that all this activity does draw some attention away from #TrumpRussia but does also lead back, however circuitously, and seems increasingly futile for Agent Orange as justice marches forward and apparently truth will out. 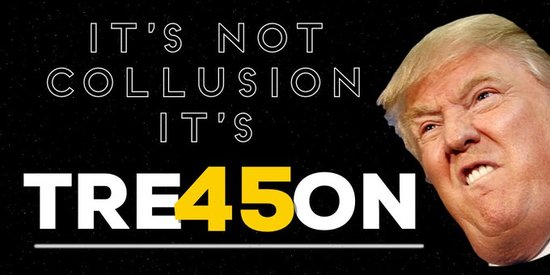