Professional sports have been defined by its media, pay its participants and let students remain so.

Brackets and rankings help set betting odds, and should those revenues get taxed also to benefit the participants besides the bettors. But in terms of the collegiate sports industry, it shouldn’t be about pie-slicing envy, but about fairness for everyone?

This weekend was “Selection Sunday” for the major US collegiate men’s basketball championship, wherein brackets for single-elimination tournament play are chosen by a NCAA committee to much televised fanfare.

The problem associated with all this spectacle is the money, and the looming results of a scandal involving shoe companies, assistant coaches, and the FBI at multiple schools. Folded into this are matters related to other collegiate sports, all generally centering about money. Ultimately, aside from audience interest for the usual loyalty reasons, it’s about media contracts and the informal economy of wagering, whether it’s office pools, fantasy football, or March Madness brackets.

Amidst this is the red herring of wages, whether students should be paid to participate in sporting events because of the money rather than the sport itself. This often arises because of the differences between school employees in wages when the coach even on a base salary can earn many times more than even the highest paid faculty member or central administrator.

Exploitation occurs, regardless. In no way would paying students ever achieve parity considering the structure of universities or intercollegiate athletics. Sports contracts have inflated values of great complexity as a norm.

Various proposals have been floated, including unionizing student athletes, but it’s always about money and not learning. When corruption is normalized, whether by informal economies or add-on benefits like shoe company contracts profits are disproportionately distributed, especially with cartels and club goods.

The political economy of intercollegiate sports needs to reflect the industry, considering the dominance of media money and merchandise promotion.

Student-athletes should get to remain amateurs. Students should always be students. Part-time jobs should remain elective and not a function of corporate profit.

Division One (NCAA) revenue sports should have two paths:

The G-League NBA Reno Bighorns could disappear to be replaced by the University of Nevada, Reno’s Wolfpack.

The BCS could be acknowleged for what it has become, a minor league for NFL development.

I disagree with this completely. They are in college it is not a job to play, it is an activity. You wouldnÃ¢ÂÂt consider paying students in theatre, choir, student government, or any other clubs; donÃ¢ÂÂt pay athletes https://t.co/HlLxf5EHBH 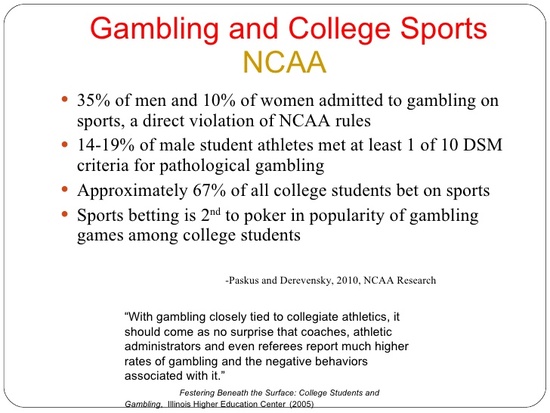 Perhaps athletes need to be paid, but only if they’re not students.

The only “entity” getting money should deploy the existing structure of non-profit institutional support money laundering, not wages for student-athlete play, regardless of sport.

Otherwise pay all student athletes, regardless of sport, and give the reasons, since bowling doesn’t quite have the same TV contracts, since revenue sports subsidize the non-revenue sports.

Remember that the divide between revenue sports and non-revenue sports is generally defined by media contracts. This divide between revenue and non-revenue college sports is yet another line that remains problematic as licensing trademark revenues is also important to support activities not related to sports (for example at some universities, the student association often holds the multimillion dollar license for swag merchandising). This has been the immemorial problem of non-profit higher education.

Certainly, corporate money should always get philanthropically donated to schools, otherwise college sports will be about a type of profit where the for-profit University of Phoenix actually gets to have a football team for its stadium. Trump University could make a comeback with a great collegiate hockey team that shares study abroad enrollment with the Central Sports Club of the Army, Moscow.

Room and board are already covered under scholarships so the pay for play argument is about getting “professional” wages for those sports that are “revenue” sports for amateurs. Pay for play doesn’t eliminate violations, rather it will institutionalize an even more absurd system of corruption. It can only be solved by drawing the amateur/professional dividing line more clearly.

Other systemic changes must be made. Capitalism will out. Like the Wookie, let the media win

Major professional sports associations should not be cost-shifting their minor leagues’ player development and operating costs to universities. It’s not that hard, professionalizing the few revenue sports with their brand identities for the 300+ Division One schools to play in professional leagues, with revenue sharing in place for university non-revenue sports but no longer the pretense of getting degrees.

D-1 teams in Men’s Football, Basketball, Hockey, and Baseball would have no students in them (unless players elect to study on completely different graduation schedules eliminating eligibility enforcement). Sadly the jury would be out on Women’s Basketball among other sports and not because of Title IX. Eventually things could change in such areas including soccer, tennis, etc. but in every instance it would be defined by its audience popularity and media contract.

Recruiting would be done by the professional associations. The university brand identities would remain to accrue profits. Universities already have sold off many functions to commercial ventures: bookstores, commissaries, concessions. Facilities would continue on their absurd licensing paths of selling naming rights. Oregon State University could have a Stormy Daniels field.

And then there is non-institutional revenue sharing, just not enough in terms of the public and wagering… if state-licensed casinos must share revenues then college sports wagering must pay a fair share.

The NCAA pulled in a record $1.06 billion in revenue during the 2016-17 school year, including $761 million from last year’s basketball tournament. https://t.co/8JLwY6ItAq

NEW YORK — Finding an NCAA rule that lacks common sense isn’t particularly challenging these days. But as the Supreme Court considers a case that effectively would open the door to legalized sports gambling nationwide, the NCAA’s prohibition on playing championships in Las Vegas still stands as the undisputed champion of misguided purity.

The NCAA long has been officially against sports gambling, even to the point of relocating some championship events from New Jersey in 2012 when the state passed a law that allowed wagering on college events. Even while conferences like the Pac-12 and Mountain West have played their postseason basketball tournaments in Las Vegas for several years without incident, the NCAA has continued to clutch its pearls, excluding the country’s most fan-friendly city from hosting NCAA tournament games and other national championships.