Organ meats taste irony, because Zombie Irony is back

Movement leader Richard Spencer popularized the phrase “alt-right” to make his ideals more palatable to mainstream journalists, but the term itself actually comprises several disparate groups. In a study of the far right’s manipulation of the media, Alice Marwick and Rebecca Lewis describe both “an aggressive trolling culture […] that loathes establishment liberalism and conservatism, embraces irony and in-jokes, and uses extreme speech to provoke anger in others,” and “a loosely affiliated aggregation of blogs, forums, podcasts, and Twitter personalities united by a hatred of liberalism, feminism, and multiculturalism.” (LaBrie, LARB)

What is to be dumb. Assuming we can get past the endless lulz provocations by reddiots and 4/8Chan jerkoffs, will there be a vigorous oppositional media for the prevailing RW/MSM.

A new article suggests we are at a crossroads for meaningful application of irony, despite the declaration of its death after 9/ll, or that the left had thus far surrendered its mastery to the RWNJs. Hardly, unless heavy-handedness means always grasping a deadman’s switch.

The problem wasn’t just that the left was deploying irony as a failed weapon. It was that the deployment of that same weapon by the far right had, at the same time, turned out to be wildly successful. In forums and on social media, white nationalist rabble-rousers deployed comic cynicism and sarcasm to turn people dabbling with white supremacist ideas into full-blown devotees of the neo-Nazi movement.

…the white nationalist movement weaponizes irony — by tangling its critics up so hopelessly in language that it sometimes seems as if words aren’t up to the task of describing it at all.

It’s a provocative notion, except that white nationalists are idiots sans savants, and lionizing Richard Spencer only makes one reach for a sap.

It’s only tangling language if one adumbrates their assumptions, which are revealed usually after a few utterances, like the weak coding of white supremacy as ethno-nationalism or worse, populism.

For example trying to wade through the Traditionalist media morass of Aleksandr Dugin and the ethno-nationalist ravings of Steve Bannon are not useful until one actually sees the structure of syncretic news sites. Such sites mask the complexity of client-server ideological institutions, particularly as the Russians have been co-opting or appropriating entire media entities (see Sinclair outlets flagrantly regurgitating RT newscopy)

I also suspected that I was part of the problem: as a prep school student in Houston, and later as a student at Brown, I’d learned to validate everyone’s feelings, to ask questions instead of making demands, to make sure everyone around me felt safe and secure enough to voice their opinions. When I wanted to express displeasure or disdain, I couched it in sarcasm or irony, using coded attempts at shaming my opposition rather than outright argument. It was this same irony I heard every day in the voices of political pundits on MSNBC and in the op-ed pages of The New York Times and The Washington Post. I’d been indoctrinated so deeply in this mode of communication that I no longer knew how to fight back any other way. The same went, it sometimes seemed, inexcusably, for our chosen leaders on the left.

Irony, Jonathan Lear writes in his book of lectures on the subject, A Case for Irony, is “a form of denial with the purpose to minimize the importance of the object.”

Sarcasm, meanwhile, “is a form of aggressive discharge.”

Neither works as a weapon against an enemy that doesn’t care whether its opposition is trying to minimize it or not.

The left’s sardonic criticism of Trump’s buffoonery only strengthened old-guard conservatives’ faith in his ability to lead. It’s impossible to fight an enemy you don’t know, and Democrats and Republicans didn’t seem to be speaking, even remotely, the same language. The day I visited the Civil Rights museum also happened to be the day Trump won, and I remember feeling shocked when all my latent suspicions appeared suddenly to have been justified.

In that same vein, what might it mean to gaze clear-eyed at the far-right agenda, admit that we are both frightened by it and ashamed of the role liberal complacency played in its rise, and start by building our weapons from there? Rather than denying what can’t be denied and minimizing what can’t be minimized, thus forfeiting the fight altogether? I’m not suggesting the left abandon cynicism, only that we stop affording it a weight it can’t carry under the current administration. Leaving kneejerk irony and the rewards it offers behind might be difficult at first. But it might also be worth it, if it means we get to take back the actual world, and build in it something new.

Irony and the New White Supremacy

This piece appears in the LARB Print Quarterly Journal: No. 17, Comedy

LaBrie misunderstands the audience for meta-irony much like proposals to create an independent media infrastructure when capitalist corporations are still the dominant economic form of ownership, especially for intellectual property. Places like DK can be the place for weaponized irony. Such irony applies ruthless criticism to RWNJ raving.

Collectively, the news media wield perhaps the greatest power there is in politics: the power to define reality. The journalistic choices of news organizations send a message, consciously or not, about what is—and isn’t—important at any given moment and who should—and shouldn’t—be listened to.

It is past time to build a countervailing independent-media infrastructure—not to mimic Fox and Friends’ delivery of propaganda disguised as news or to slavishly carry water for any political party or cause, but rather to bring professional, truth-telling journalism to large numbers of Americans, many of whom trust neither Fox and Friends nor the mainstream media to tell the truth. What an independent-media infrastructure would look like—what outlets it includes, how they’ll relate to one another, which delivery systems will be utilized—is a matter for discussion.

This is an uncertain moment for American journalism, and not simply because a bombastic new president has declared himself at “war” with the media. The economics of journalism are under stress like never before, as the rise of digital platforms has fractured mass audiences, slashed revenues, and given many the dangerous impression that no one needs to pay for journalism.

But the independent media could well attract much larger audiences if smart strategies are adopted. Bernie Sanders often pointed out during his presidential campaign that poll after poll attests to the fact that most Americans agree with progressives on most issues, from taxing the wealthy and raising the minimum wage to protecting the environment and defending immigrant rights. The challenge is to connect with that audience, which requires recognizing the fundamental role that the media play in shaping our politics and then investing resources accordingly.

Creating a Fox News for the left

Entities like Lakoff’s Frame Lab would be a better institution to valorize rather than trying to create some idealized “indy media” since self-governing autonomy is better defined by anarchists than libertarians. And irony has more to do with metallic taste than Hume.

From George Lakoff’s Frame Lab: One Simple Way to Instantly Power Up Your Communications–Cut the word “not.” https://t.co/f81t1z5yy1 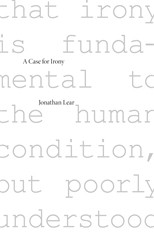 4 Responses to Organ meats taste irony, because Zombie Irony is back