AD 41 – In Rome, Claudius is proclaimed Emperor after his sadistic despotic nephew Caligula is assassinated by his own disgruntled Praetorian Guards 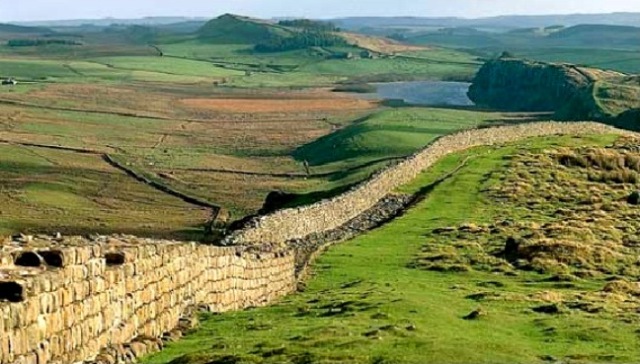 914 – Egypt is under the control of the Abbasid Caliphate. This day was the beginning of the first invasion of Egypt by the Fatimid Caliphate, which ultimately fails in 915, after Abbasid reinforcements arrive from Syria and Iraq

1287 – Richard de Bury born, English Bishop of Durham, author and one of the first book collectors in Britain; his books series the Philobiblon is considered the earliest to discuss librarianship in-depth

1438 – A potpourri of Popes and the battle for papal supremacy: the Council of Basel suspends Pope Eugene IV, who convokes the rival Council of Ferrara, loses a lot of his power base, makes concessions but reneges; the Basel council declares him a heretic, then elects Felix V as an antipope, while trying but failing to bridge the Great Schism between the Roman Catholic and Eastern Orthodox churches; Emperor Frederick III commands the city of Basel to expel the Council, so it reconvenes in Lausanne, but has lost too much credibility, so the antipope abdicates; then Eugene dies, and they throw their dwindling support to his successor, Pope Nicholas V

1679 – English King Charles II dissolves the Cavalier Parliament in the middle of the Exclusion Crisis over revelation that his brother James, heir to the throne, is a Catholic

1712 – Frederick the Great born, King of Prussia for 64 years; military leader and theorist; reorganizes the Prussian bureaucracy, judiciary and civil service, giving opportunities to men not of the nobility to serve as judges and bureaucrats; extends freedom of the press; patron of the arts, a gifted musician and composer of sonatas, he also corresponded regularly with key figures of the French Enlightenment, but didn’t care much for a corresponding revival of German culture; he did, however, enthusiastically destroy large areas of natural habitat to create more farmland and space for immigrants, regarding land in its natural state as useless and barbarous

1739 – In India, Chimaji Appa, younger brother of Bajirao Peshwa of the Maratha Empire, and commanding general of the Maratha army, defeats Portuguese forces and captures Tarapur Fort on the western coast by the Arabian Sea, which the Portuguese had controlled since 1533

1776 – E. T. A. Hoffmann born, Prussian Romantic author and playwright, whose stories inspired the ballets The Nutcracker and Coppélia, and an opera, The Tales of Hoffman;also composed vocal and instrumental music

1804 – Delphine de Girardin born, French author who used the pen name Vicomte Charles Delaunay; noted for her sketches written for La Presse (1836-1839), later published as Lettres parisiennes, and her romances, including Contes d’une vieille fille a ses neveux (Tales of an Old Girl to her Nephews). She also wrote dramatic pieces, some of them in verse, and was influential in contemporary literary society, which included  Romantics Théophile Gautier and Victor Hugo, and early Realists like Alfred de Musset and Honoré de Balzac

1835 – Slaves converted to Islam rise up in the Malē revolt in Salvador da Bahia, Brazil, inspired by their Muslin teachers and stories about the Haitian Revolution, but their plans are discovered by the authorities just before the revolt begins, and the much better-armed soldiers put down the revolt; but continuing concerns about a recurrence lead to repression of Islamic conversions. The Atlantic slave trade was officially abolished by Brazil in 1851, but continued for some time illegally, and the slaves already in the country weren’t completely freed until 1888 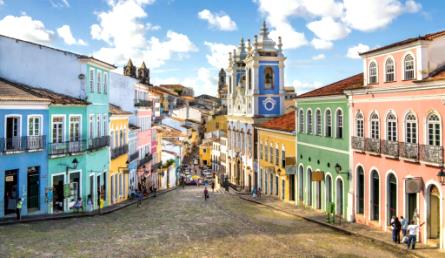 1836 – Signe Rink born and grew up in Greenland, Danish writer and ethnologist; co-founder with her husband, geologist Hinrich Rink of Atuagagdliutit, Greenland’s first newspaper (1861). Also noted as the first woman to study and publish works on Greenland and the Inuit culture, including Grønlændere, Grønlændere og Danske i Grønland, Koloni-Idyller fra Grønland.  She collected folk tales, and a number of illustrations by Aron of Kangeq for folk tales which showed everyday life in Greenland. After moving to Denmark in 1868, she donated the illustrations to the National Museum of Denmark. This collection was later transferred the National Museum of Greenland, when it was established in the 1960s

1848 – James W. Marshall discovers a gold nugget at Sutter’s Mill in northern California, setting off the gold rush of ’49

1858 – Constance Naden born, English writer, poet and philosopher; she studied botany and French at Birmingham and Midland Institute (1879-1880), then studied physics, geology, chemistry, physiology, and zoology at Mason Science College (1881-1887), and edited the Mason college magazine. She became a member of the Birmingham Natural History Society. Noted as co-developer with Dr. Robert Lewins of Hylo-Idealism, a philosophy based on the principle that “Man is the maker of his own Cosmos, and all his perceptions – even those which seem to represent solid, extended and external objects – have a merely subjective existence, bounded by the limits moulded by the character and conditions of his sentient being.” Naden published her first volume of poetry, Songs and Sonnets of Springtime, in 1881. In 1885, she won the Paxton Prize for an essay on the geology of the district. In her second poetry collection, A Modern Apostle, the Elixir of Life, published in 1887, contains her best-known poems, the ‘Evolutional Erotics’ a humorous series based on Darwin’s theory of sexual selection. She won the 1887 Heslop gold medal for her essay Induction and Deduction. That same year, she was left a considerable fortune for the time in her grandmother’s will, and she began to travel with her friend and women’s rights campaigner Madeline Daniell. Returning to England in 1888, she bought a house and shared it with Daniell. She also raised funds to allow Indian women to study medicine, and became a member of the National Indian Association in Aid of Social Progress in India, which raised money for a scholarship fund for the education of Indian girls, especially to overcome the lack of female teachers for Hindu girls. She also did some public speaking in favor of women’s suffrage. She died in December 1889, of infection after surgery for ovarian cysts. The Constance Naden Medal was founded at Mason Science College (which merged into the University of Birmingham in 1900) in her honour 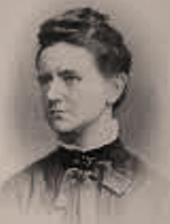 1864 – Marguerite Durand born, French journalist, actress and leading suffragist; founder of the feminist daily newspaper, La Fronde, exclusively run by women, advocated for women’s rights, including admission to the Bar association and the École des Beaux-Arts; during the 1900 World’s Fair in Paris, she organized the Congress for the Right of Women; helped to organize several trade unions for working women; she gave her enormous collection of papers to the French government in 1931, which opened the Bibliothèque Marguerite Durand in Paris, still one of the world’s best sources for research on feminism and women’s history

Cartoon of Marguerite Durand and her pet lion Tigre, and a front page of La Fronde

1900 – During the 2nd Boer War, the Boers stop British attempts to break the Siege of Ladysmith at the Battle of Spion Kop

1908 – In England, the first Boy Scout troop is organized by Robert Baden-Powell

1910 – Doris Haddock born, American political activist who at the age of 88, begins a walk of over 3,200 miles (5,140 km) across the U.S. advocating for campaign finance reform. She completed her walk almost 14 months later at the age of 90 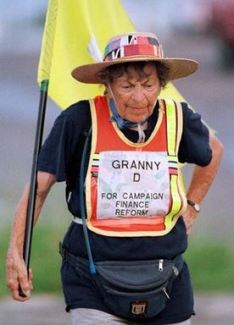 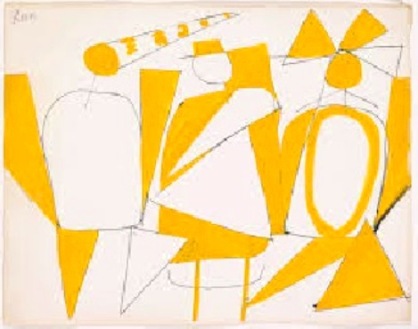 The Three Clowns, by Robert Motherwell

1916 – Britain’s Parliament passes the Military Service Act, after the complicated ‘Derby Scheme’ proves too labor-intensive to be workable; the new act specifies that men aged 18 to 41 were liable to be called up for service in the army unless they were married, widowed with children, serving in the Royal Navy, a minister of religion, or working in a number of reserved occupations

1925 – Maria Tallchief born, first major American prima ballerina and first Native American prima ballerina; the first of the ‘Five Moons.’ Danced with Ballet Russe de Monte Carlo, and was the first star of the New York City Ballet, where she gave notable performances in The Firebird and as the Sugar Plum Fairy in The Nutcracker. She was also the first American to perform in Moscow’s Bolshoi Theatre. After retiring from dancing, she became the director of ballet for the Lyric Opera of Chicago in the 1970s 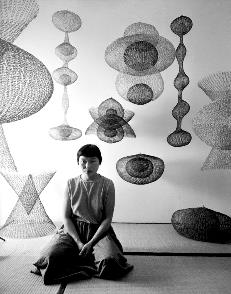 1932 – Éliane Radigue born, French electronic music composer; her later work has been influenced by her conversion to Tibetan Buddhism

1933 – The 20th Amendment to the U. S. Constitution is ratified, changing the beginning and end of terms for all elected federal offices

1936 – Benny Goodman and his orchestra record “Stompin’ at the Savoy”

1955 – Lynda Weinman born, American special effects film animator and computer software training developer and author; co-founder with her husband Bruce Heavin of Lynda.com, which was acquired by LinkedIn in April 2015 for $1.5 billion USD 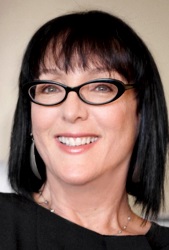 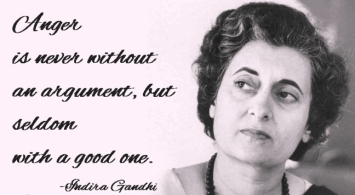 1972 – The U.S. Supreme Court struck down laws that denied welfare benefits to people who had resided in a state for less than a year

1978 – Kristen Schaal born, comedian, actress, writer, and voice for animated characters; also noted as a commentator on The Daily Show; she is a supporter of women’s rights, and a critic of Donald Trump and the Republicans in Congress

1985 – Penny Harrington, the first U.S. woman police chief of a major city, assumes her duties as head of the Portland OR force of 940 officers and staff. She cut back the drug and vice squads to increase neighborhood patrols, and introduced the idea that officers should spend less time responding to calls and more time talking to citizens. (Her strategy is now called community policing.) Harrington also wanted to overcome the history of tension with the black community, and cut down on the use of excessive force. She lasted 17 months before she was driven out, after she called for firing four white officers, two involved in the use of a chokehold which killed a black civilian who was the victim of the crime, not the perpetrator, and another two who wore t-shirts after the incident showing a gun and the slogan, “Don’t Choke ’em, Smoke ’em” 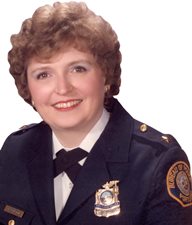 1986 – The Voyager 2 space probe flies past Uranus, coming within 50,679 miles of the seventh planet of the solar system

1990 – Japan launches the first probe to be sent to the Moon since 1976, a small satellite is placed in lunar orbit

1993 – Thurgood Marshall dies at age 84, first African-American Supreme Court Justice and civil rights icon; as the NAACP’s top attorney, he won 29 of the 32 civil-rights cases he argued before the Supreme Court, including the 1954 landmark Brown v. Board of Education which ended segregation in U.S. public schools

1995 – The prosecution gives its opening statement at the O.J. Simpson murder trial

2000 – The U.S. Supreme Court upholds a Missouri law that limits the contributions that individuals could donate to a candidate during a single election (Nixon v. Shrink  Missouri Government PAC).  Justice John Paul Stevens’ concurrence questioned more than two decades of campaign finance jurisprudence, stating: “Money is property; it is not speech.”

2003 – The new federal Department of Homeland Security opens; Tom Ridge is sworn in as its secretary

2010 – Ivo Josipović wins in the second round of the Croatian presidential election, and is elected as President of Croatia (2010-2015)

Nona Blyth Cloud has lived and worked in the Los Angeles area for the past 50 years, spending much of that time commuting on the 405 Freeway. After Hollywood failed to appreciate her genius for acting and directing, she began a second career managing non-profits, from which she has retired. Nona has now resumed writing whatever comes into her head, instead of reports and pleas for funding. She lives in a small house overrun by books with her wonderful husband.
View all posts by wordcloud9 →
This entry was posted in History, Holidays, On This Day and tagged Doris Haddock, Hadrian, Marguerite Durand, Penny Harrington, Richard de Bury, Signe Rink, Thurgood Marshall. Bookmark the permalink.
Loading Comments...
%d bloggers like this: