Uzbekistan – Day of Remembrance and Honors

1092 – In England, Lincoln Cathedral, also called St. Mary’s Cathedral, is consecrated. The cathedral is the seat of the Anglican Bishop of the diocese of Canterbury 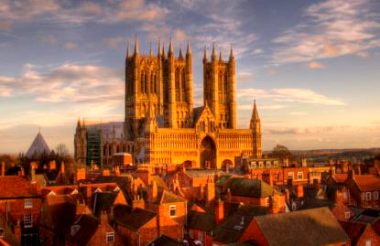 1271 – Ninth Crusade: Edward I (‘Edward Longshanks’) of England, disembarks at Acre, the last remaining city of the Kingdom of Jerusalem (1099-1291), now part of modern-day Israel

1386 – England and Portugal formally ratify their alliance with the signing of the Treaty of Windsor, sealed by the marriage of King John I of Portugal to Philippa of Lancaster, daughter of John of Gaunt, 1st Duke of Lancaster; it is the oldest diplomatic alliance still in force in the world

Tomb of John I and Philippa

1450 – Abdal-Latif Mirza, who had his father and brother murdered so he could take the throne of Transoxiana (now Uzkekistan, Tajikistan and parts of their neighbors), is in turn assassinated by his amirs after ruling only six months. His cousin Abdallah Mirza succeeds him. Abdallah Mirza lasts 13 months, before he is defeated by Abu Sa’id Mirza, who executes Abdallah. Abu Sa’id lasts ten years before he is captured during a military campaign and executed

1662 – The figure who later became Mr. Punch, of Punch and Judy, makes his first recorded appearance in England 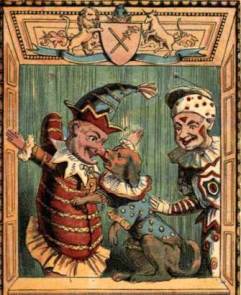 1800 – John Brown born, American abolition extremist, who led a group of volunteers during the ‘Bleeding Kansas’ crisis in 1856, killing pro-slavery supporters, then in 1859 led a raid on the federal armory at Harpers Ferry in what is now West Virginia, killing seven defenders. Tried and convicted of treason, murder and inciting a slave insurrection by the Commonwealth of Virginia, and hanged

1873 – Der Krach: the Vienna stock market crash heralds the Long Depression, which began to ease in 1879, but did not end completely until 1896

1874 – The first horse-drawn bus makes its début in Mumbai, India

1874 – Howard Carter born, British archaeologist and illustrator who worked in Egypt; discoverer of the tomb of King Tutankhamun

1883 – Jose Ortega y Gasset born, Spanish philosopher, essayist and humanist; noted for his 1917 essay, La rebelión de las masas (The Revolt of the Masses), first published in the Madrid newspaper El Sol. He founded La Revista de Occidente, an academic journal, in 1923, and was its editor until 1936

1911 – The works of Gabriele D’Annunzio, an author associated with the Decadent movement, are placed in the Roman Catholic Index librorum prohibitorum (Index of Forbidden Books) by the Vatican

1914 – Patricia Swift Blalock born, American librarian, social worker, and civil rights activist in Alabama. After earning a master’s degree in social work from the University of Chicago, in 1937 she went to work for the Alabama State Department of Education and Rehabilitation, as district supervisor of the State Crippled Children’s Services, but retired in 1946 after she married and had a child. In 1951, she began working as a part-time assistant in the Dallas County Public Library, the only library in Selma. After ten years, the library director became seriously ill, and Blalock became the acting director. When the library board asked her to become the permanent director she hesitated because she did not have a degree in librarianship, but the board expressed their confidence in her, and she assumed the permanent position in 1963. Because Selma did not have a separate library for black patrons, they were served through the library’s back door by the library’s maid. When Blalock became the library’s director, one of her first priorities was desegregating the library. The real political power in Selma at the time was the White Citizens’ Council, founded in 1955 as a reaction to the Supreme Court decision in Brown v. Board of Education. Two of its members, Selma’s Mayor, Chris Heinz, and Judge Bernard Reynolds were also ex officio members of the library board. They wanted to protect the status quo in Selma from “outside agitators.” Blalock met individually with each of the regular members of the board trying to convince them that desegregation was inevitable, and citing recent integration orders by the federal government in Montgomery and protests in Birmingham. She argued that Selma should take control of its integration process rather than have outsiders do it for them. By May, 1963, she told the Board that there was a push to protest the library’s segregation policies, and she was unsure if she would even be able to open on the library on Monday without some kind of desegregation plan in place. An emergency meeting of the board was held at her home to work out a plan. The resulting plan was far from what she sought, but it was a beginning. The library would be closed from Monday, May 13 to Sunday, May 19. When it reopened the following Monday, all its chairs had been removed to present black and white patrons from sitting together. The desegregation was not publically announced. All library card applicants would be required to provide two references. On May 20, 1963, the library reopened. Library visitors who asked about the lack of chairs were told they were stored temporarily in the basement. Black patrons, not informed of the policy change, were slow to enter the library at first, but by November, they were becoming more common. Blalock took a few chairs out of storage, and scattered them around the library, slowly adding a few more at a time. She also pushed for integration of the library staff. Annie Molette, the library maid who had quietly served Selma’s black readers through the back door, was promoted to be the first African-American library assistant in the city, and a new library maid was hired to do the official parts of the job. Some white library patrons did not react well to the new policies. One white man, seeing black patrons using the library, angrily tore up his library card, and vowed never to return. When he came back two weeks later to check out a book, Blalock handed him his card, which she had carefully taped back together, in case he came back. She retired in 1988. In 1992, she was honored by the Alabama Library Association with its Distinguished Service Award. In ‘retirement’ she served two terms as director of the Selma and Dallas County Chamber of Commerce, chaired the Tale Telling Association, and was a two-term vice president of the Selma and Dallas Tourism Council, among other commitments. She also helped found the Selma Performing Arts Center. In 2000, she was the recipient of a Librarian of the Year for Exceptional Leadership award from the International Library Science Honor Society. Her daughter Irene also became librarian and recently retired as the Director of the Birmingham Public Library 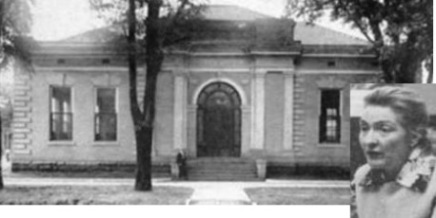 1917 – Fay Kanin born, American screenwriter, playwright and producer;  Academy of Motion Picture Arts and Sciences President (1979-1983); co-author of  the screenplay for Teacher’s Pet; in the early 195os, she and her husband were blacklisted for two years by the HUAC because she had taken classes at the Actors Lab in Hollywood – some of the teachers were suspected of being communist sympathizers – and they had both been members of the Hollywood Writers Mobilization, a group which supported U.S. efforts during WWII 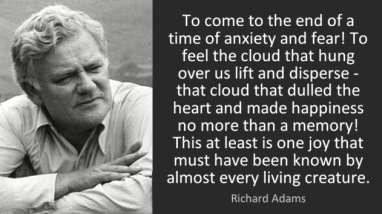 1921 – Sophie Scholl born, German student-activist, member of the White Rose non-violent resistance group in Nazi Germany; in 1943, she was convicted of high treason for distributing anti-war leaflets, and executed by guillotine 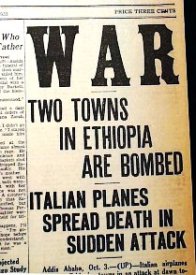 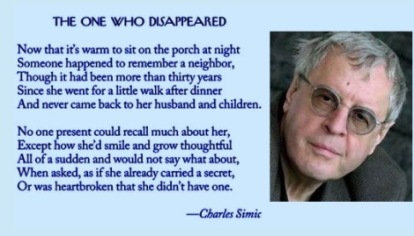 1939 – John Uzo Ogbu born in Nigeria, Nigerian-American anthropologist and professor, noted for his theories on observed phenomena involving race and intelligence, especially how race and ethnic differences affect educational and economic achievement, including scores on IQ tests. He has pointed out that there are two kinds of differences between cultures: the primary differences which exist before the cultures came in contact, and the secondary differences which develop as two cultures interact with each other. Ogbu theorizes that many of the secondary differences are created by subordinate groups in opposition to the cultural references of the dominant group

1946 – Ayşe Nur Zarakolu born, Turkish author, publisher and human rights advocate; co-founder of the publishing house Belge (fire-bombed in 1995); as director of Cemmay, a book-distribution company, she was the first Turkish woman hired as a company director. A relentless challenger to repressive Turkish press laws, she helped publicize in Turkey the Armenian Genocide and the plight of Kurdish people living within its borders in spite of government bans on mentioning them. She was imprisoned multiple times for her publications. Amnesty International designated her a prisoner of conscience, and the International Publishers Association honored her with its inaugural International Freedom to Publish Award in 1998, but Turkish authorities confiscated her passport and she wasn’t allowed to attend the ceremony. In 2004, the European Court of Human Rights condemned Turkey for convicting Zarakolu for publishing a book about journalist Ferhat Tepe, murdered by the militant ultra-nationalist Turkish Revenge Brigade (used by  Turkish military intelligence in operations against Kurdish insurgents). İnsan Hakları Derneği (İHD), a Turkish human rights organization she helped found, bestows the Ayşe Zarakolu Freedom of Thought prize in her honor

1950 – Robert Schuman presents his proposal on the creation of an organized Europe,  to maintain peaceful relations; the “Schuman Declaration” influenced founding of the European Union

1953 – Eleanor Roosevelt lobbies Congress for a National Teachers’ Day. In 1985, the National PTA expands her idea into Teacher Appreciation Week, now in association with the National Education Association, held during the first full week in May

1960 – The Food and Drug Administration announces approval of birth control as an additional indication  for Searle’s Enovid, making it the world’s first approved oral contraceptive pill

1961 – U.S. FCC Chairman Newton N. Minow condemns commerical television programming as a “vast wasteland” in a speech to the National Association of Broadcasters. The name of the S.S. Minnow of Gilligan’s Island is said to have been a satirical poke at Minow

1974 – Watergate: The U.S. House Committee on the Judiciary opens formal and public hearings to consider the impeachment of President Richard Nixon

2018 – Barisan Nasional (National Front), the governing coalition of Malaysia since 1974, is loses its majority to a coalition of Pakatan Harapan (Alliance of Hope) and Parti Warisan Sabah (Sabah Heritage Party)

Nona Blyth Cloud has lived and worked in the Los Angeles area for the past 50 years, spending much of that time commuting on the 405 Freeway. After Hollywood failed to appreciate her genius for acting and directing, she began a second career managing non-profits, from which she has retired. Nona has now resumed writing whatever comes into her head, instead of reports and pleas for funding. She lives in a small house overrun by books with her wonderful husband.
View all posts by wordcloud9 →
This entry was posted in History, Holidays, On This Day and tagged Ayşe Nur Zarakolu, Fay Kanin, J. M. Barrie, John Uzo Ogbu, Patricia Swift Blalock, Robert Schuman, Sophie Scholl. Bookmark the permalink.
%d bloggers like this: