Censusless: This book needs to be read not just before 2020 or even November 2016 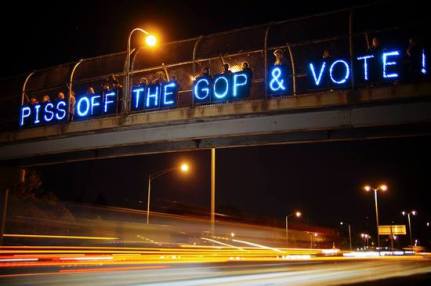 Is Howard Dean, Tim Kaine, or DWS responsible for the poor leadership on what remains the real negative consequences of what should have been a better outcome for PBO’s 2008 election in the midst of an economic meltdown.

Does the DNC have a better plan to reverse the GOP’s RedMap Ratf*ck in 2020 starting with 2016.

Daley’s book reminds us how pluralist democracy is in the local details and how while PBO may have been responsible for the 2010 debacle, he was let down by a DNC apparatus in some ways no differently than the midterms that gave us the Contract On(sic) America.

DAVIES: This is FRESH AIR. I’m Dave Davies in for Terry Gross, who’s off this week. We are speaking with Salon’s editor-in-chief David Daley. His new book focuses on Republican efforts to win key state legislative races in the 2010 elections so they could control statehouses that would redraw congressional boundaries. The result, Daley argues, was gerrymandering, which kept Republicans in control of the House of Representatives.

Now, Democrats aren’t stupid, and they’ve been involved in redistricting for a long, long time. Where were the Democrats when all this was happening, when the Republicans were targeting these state legislative seats? Did they – were they just…

DALEY: They fell asleep at the wheel. This was a catastrophic strategic failure by the Democratic Party. Chris Jankowski tells me that throughout the fall of 2010, he’s out in the field and he can’t believe that the Democrats aren’t out there spending any money. The Democrats never saw this coming, and it’s political malpractice because the Republican Party announced their plans in big bright flashing neon lights.

The result: The gerrymander of 2011 built such a firewall around GOP control of the House that when Barack Obama was reelected in 2012, Democratic congressional candidates earned 1.4 million more votes than Republicans, but the GOP retained a 234-201 majority. You might even argue it worked too well, creating the solid conservative districts that gave rise to the renegade House Freedom Caucus, forced Speaker John Boehner out of office, and fomented the grass-roots anger that fueled Donald Trump’s ascent and punctured the GOP establishment…

In politics, a “ratfuck” is a dirty deed done dirt cheap. In All the President’s Men, Bob Woodward and Carl Bernstein quoted Donald Segretti, an operative tied to Nixon’s reelection campaign, as using the colorful term to describe political sabotage and the early shenanigans of strategists tied to the Watergate burglars. Twenty years later, the phrase emerged again when the new Republican National Committee legal counsel working with Lee Atwater would be tasked with fixing the Republicans’ redistricting problem. Their solution: Use the Voting Rights Act’s provisions governing majority/minority districts to create African-American seats in southern states. Work closely with minority groups to encourage candidates to run. Then pack as many Democratic voters inside the lines as possible, bleaching the surrounding districts whiter and more Republican. It re-segregated congressional representation while increasing the number of African-Americans in Congress. The strategy became known as the “unholy alliance” because it benefited black leaders at the expense of the Democratic Party. Ginsberg had another name for it when asked to describe it for a reporter: “Project Ratfuck.”

The REDMAP ratfuck, however, was done in such plain sight that Karl Rove himself announced it on the op-ed page of TheWall Street Journal.“Some of the most important contests this fall will be way down the ballot in communities like Portsmouth, Ohio and West Lafayette, Ind., and neighborhoods like Brushy Creek in Round Rock, Texas, and Murrysville Township in Westmoreland County, Pa.,” Rove wrote in early March 2010 — naming some of the specific towns where Republicans would come gunning for Democratic incumbents. By that time, Jankowski and his boss Ed Gillespie had repositioned the RSLC as a redistricting vehicle.

1 Response to Censusless: This book needs to be read not just before 2020 or even November 2016